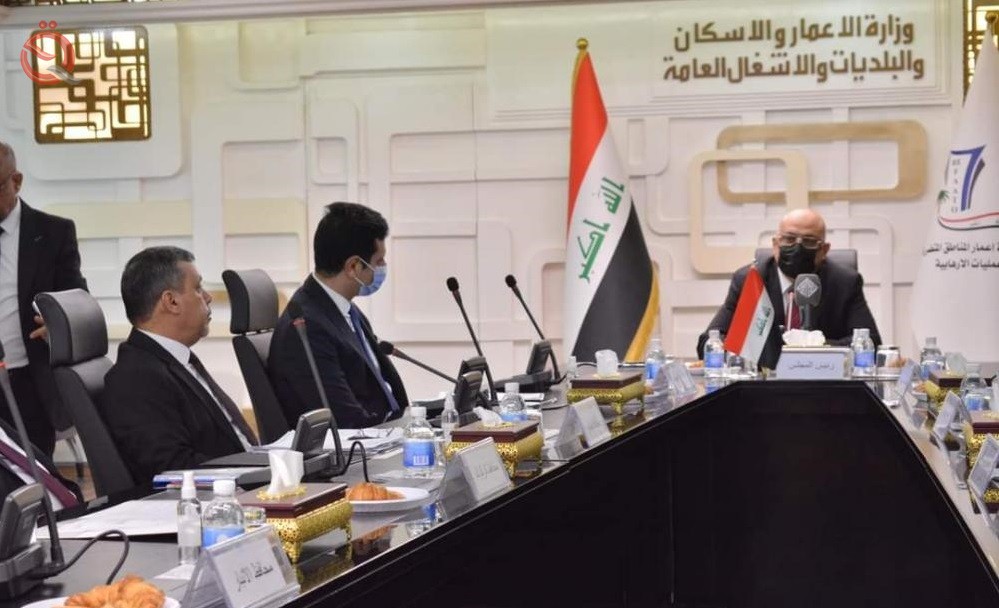 The Board of Trustees of the Reconstruction Fund for Areas Affected by Terrorist Operations held an expanded meeting to discuss dealing with the problems facing the implementation of projects in the terrorist-affected areas in a correct and rapid manner.
Baghdad Governor Muhammad Jaber Al-Atta said during the meeting, that "work mechanisms have been defined in terms of overcoming obstacles facing the work of implementing projects correctly and quickly, in the areas that have been affected by terrorist operations," calling on the Council of the Reconstruction Fund to "increase the capital's share of service projects in regions Baghdad belt that was destroyed. "
Al-Atta added, "The recommendations of the meeting summarized that each governorate will have a share in the reconstruction fund discussions in order to address all the problems facing the implementation of projects in the specific province," noting that "the Baghdad governorate has several projects in the process of implementation and inclusion and with many problems and obstacles." .
For his part, the head of the Reconstruction Fund for Areas Affected by Terrorist Operations, Muhammad Hashem Al-Ani, affirmed, "the approval of project plans with a view to implementing them in areas that have been subjected to terrorist operations in the governorates of Nineveh, Anbar, Salah al-Din, Kirkuk, Diyala, and the regions of the capital, Baghdad, and some The northern regions of Babil Governorate, "pointing out that" the method of completion of projects, the mechanism of work of the resident engineer departments and the mechanism of dealing with the statements submitted by the service departments, were discussed.
Al-Ani pointed out, "The meeting also summarized the agreement to hold intensive periodic meetings between the governors regarding resolving the lists related to the quantities tables of those projects executed in the liberated areas for the purpose of their inclusion in the Ministry of Planning and the implementation of its work."