A global company that "takes care" of port security ... and "automation" is taking effect

A global company that "takes care" of port security ... and "automation" is taking effect 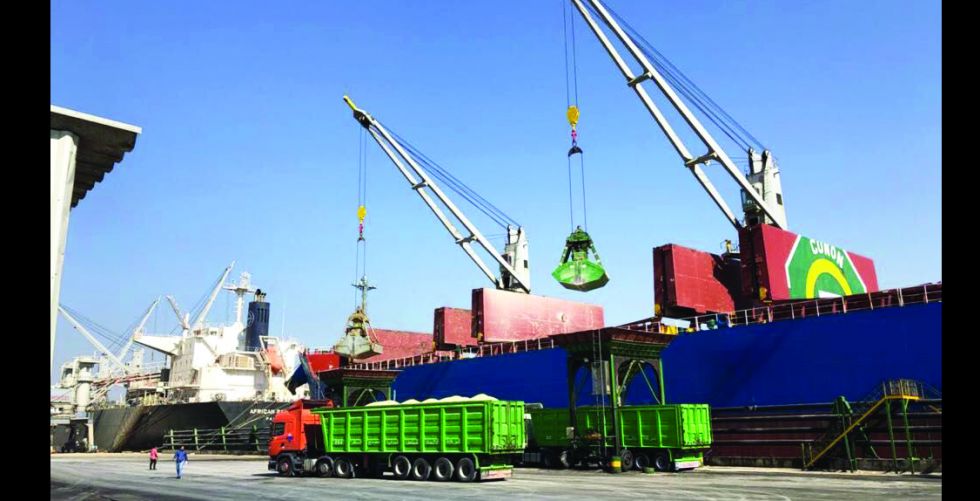 It seems that the government's measures to tighten the screws on the spoilers and arranging the ports file have begun to be realized, through the announcement of the General Company for Iraqi Ports to contract with a global security company to improve security aspects, combat corruption operations and preserve the customs campus from the abuse operations in an effort to raise revenues to the desired level.

During the past year, Prime Minister Mustafa Al-Kazemi launched a campaign to protect the ports in Basra Governorate by military forces within the framework of the strategy (combating corruption at border crossings). He stressed that "the customs compound will be under the protection of the security forces and they have the right to fire on every trespasser." Of the complex routine procedures, and work to rotate employees to reduce spoilers ».

The director of the General Company for Iraqi Ports, Farhan Muhaisen Al-Fartousi, revealed to "Al-Sabah" that "a contract with a specialized international security company works to manage ports, improve the security aspect, and control any operations around which suspicions of corruption hover."

He stressed that "the next two months will witness the completion of security preparedness to protect the ports, and the authorities charged with this will fully conduct their work."

And the revenues of the General Company for Ports of Iraq rose after last June from 6 billion dinars per month, up to 50 billion dinars during last November, and announced that the average monthly revenue during the past six months ranged between 46-47 billion dinars.

According to Al-Fartousi, a security survey has been practiced at Khor Al-Zubair port, as part of the security code procedures, which are one of the requirements of the (SOLO) agreement of the International Maritime Organization, which must be applied smoothly and control the entry and exit of trucks and containers and their accurate handling. The director of the company added that “the ports have begun to introduce electronic governance and move from providing administrative services by manual, traditional methods that rely on large numbers of employees, to an electronic method by exploiting the means and tools provided by modern technology to reduce time, effort and integrity of operations and bypass the negatives of traditional paper management.

It is expected that the (automation) project in the ports will end at the end of this year by switching to the electronic link between the company’s headquarters, port administrations and security agencies, reaching all customs outlets and carrying out other logistical work with the control authorities and controlling them inside the port, as it was recently announced that the percentage of its completion is between 50-100% for some paragraphs and under the guidance and follow-up of the Prime Minister.

The ports have worked within the joint operating company with the two companies (Raya and Minaret Umm Qasr) to implement the electronic transformation project in all the company's facilities.

On the other hand, the Finance Committee in the House of Representatives expected that the revenues of the ports would rise in the coming months to 12 trillion dinars and would jump to the fore after oil imports to supplement the federal budget that suffers a large deficit, after moving this file by the Prime Minister.

While the financial advisor to the prime minister, Mazhar Muhammad Salih, stated that “non-oil revenues are still between 6-7 percent of the total budget revenues, but this government approach will make it rise by at least 25 percent, foremost of which are taxes and federal fees that are collected correctly and according to progress. Electronic estimation, inventory and appraisal systems for imported goods, to be approved by the border outlets and their customs agencies.

Similar topics
» Abadi takes care of the signing of an agreement of intent between the Iraqi government and the Swedish company ABB
» Iraqi ports announce the completion of port automation within the next two months
» Transportation: Daewoo is backing from building the Faw port and is demanding additional funds
» Parliamentary: near the launch of a project to establish an FAO port for investment
» of US aircraft show the sky of Mosul .. Security source: I sent a message to this effect