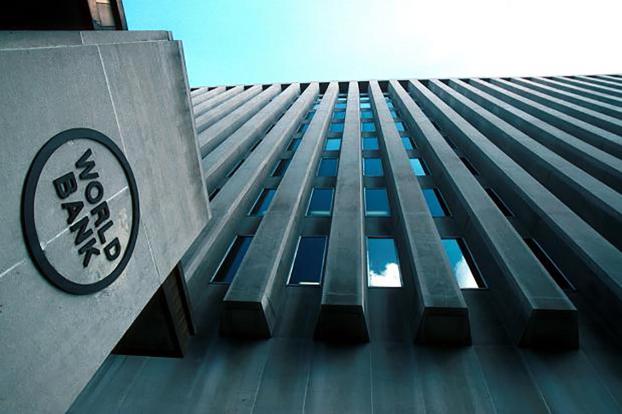 Shafaq News / The World Bank confirmed that changing the exchange rate of the Iraqi dinar against the US dollar gives the state the ability to increase its revenues and face imports from abroad.

As he indicated that his financial portfolio in Iraq currently amounts to two billion dollars, he revealed a global initiative that the World Bank is working on to recover money smuggled from countries.

The Special Representative of the World Bank Mission in Iraq, Ramzi Numan, said in an interview published by the Iraqi government news agency and seen by Shafaq News Agency; "The partnership relationship between the World Bank and Iraq is very close and is based on years of joint work, pointing out that" Iraq enjoys a very important position at the Arab and global level, and that the World Bank was next to Iraq in the various stages of stability and peace, or in the stages to which it was exposed. To the attacks or changing economic conditions, which led to difficult repercussions on the government and people of Iraq, and actual work began with Iraq, I think, in the years 2006 and 2007 through a group of projects.

He added that "the World Bank's portfolio in Iraq currently amounts to two billion dollars and that these loans were signed about two or three years ago," noting that "the main pillar in it is a loan to reconstruct the liberated areas and the result of the request came after the beginning of the first phase of liberation, that is, the liberation of Salah Governorate." The debt was then supplemented with an additional amount after the liberation of the rest of the governorates.

And that "this current portfolio in Iraq includes projects under implementation and projects or loans due and that the World Bank is working to implement projects associated with them."

Regarding the change of the exchange rate of the dollar in the auction of selling the Iraqi currency, he pointed out that "changing the exchange rate aims to give the state the ability to increase its revenues, especially since the sale of oil in hard currency and converting it into the reality of the Iraqi dinar gives it a financial block that actually allows to increase revenues and reduce the deficit. He pointed out that "changing the exchange rate may allow facing imports from abroad because the domestic product becomes cheaper than what is imported from neighboring countries."

He explained that "the strategic objective of changing the exchange rate is to work to strengthen the local product and local industries to be able to face the external product, reinforced by measures to protect the product."

He stressed "the need to address the increase in prices and the seriousness of inflation, and focus on projects that actually allow facing the social distress of the poor."

He continued that "the idea of ​​raising the price of the dollar is an international policy that the Ministry of Finance, the Ministry of Planning, and the Iraqi government have participated in, especially the International Monetary Fund," explaining that "Iraq is now in the plight of the financial deficit and it has nothing but borrowing, either internally or externally," indicating that "Internal borrowing threatens the reserves of the central bank, just as using it to fill the deficit removes the possibility of investment in productive opportunities that allow the development of the private sector, while external borrowing has its components and conditions that are based on debt sustainability, subsequent repayment capabilities, financial and monetary stability, and this financial engineering must be looked at in an integrated manner." From which one can consider lowering the currency rate. "

He revealed "there is a global initiative that a team from the World Bank is working on in coordination with international organizations to recover money smuggled from countries," announcing that special departments of the Ministry of Finance are linked to the World Bank's initiative, indicating that "the World Bank is ready to provide technical support."

Similar topics
» The World Bank is discussing with Parliamentary Finance to support the reconstruction of liberated areas and the return of the displaced to them
» Motionless diplomat to recover smuggled Iraq Funds
» Recover funds smuggled plugging a budget deficit
» The government calls on the United Nations to help Iraq recover smuggled funds
» Finance Minister: The currency auction is an important part of spreading corruption, and we have evidence that large blocs are involved in it