Iraq: Al-Maliki is marketing himself to head the next government ... and Al-Sadr is his most prominent obstacle

Iraq: Al-Maliki is marketing himself to head the next government ... and Al-Sadr is his most prominent obstacle

[size=47]Iraq: Al-Maliki is marketing himself to head the next government ... and Al-Sadr is his most prominent obstacle[/size] 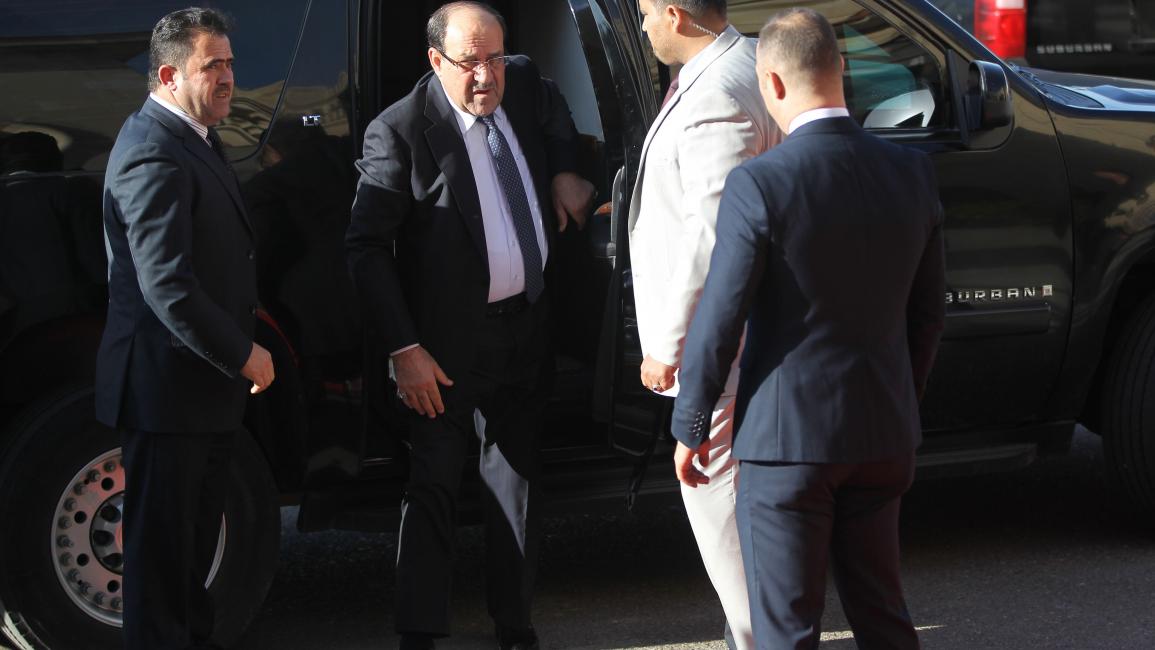 The statements of former Iraqi Prime Minister Nuri al-Maliki on an Iranian television station last week regarding his lack of objection to assuming the presidency of the next government , if "sought", sparked widespread controversy in the country, especially with assurances from political sources in Baghdad, including members of the "Dawa" party, which Led by al-Maliki, the latter began a process of zeroing in problems with several political forces, including the Kurdish ones in the Kurdistan region, with the beginning of early propaganda for al-Maliki in this context several days ago through media affiliated with the “Dawa” party , most notably his television.

Parliamentary elections in 2014 toppled Nuri al-Maliki, after he held two consecutive terms between 2006 and 2014, in which the country witnessed widespread humanitarian violations due to the sectarian policy he pursued in his rule, which ultimately led to the occurrence of more than a third of the area of Iraq under the occupation of " ISIS ", as well as operations Huge corruption cost the country about $ 250 billion in losses, and the judicial authorities are still unable to make progress in the corruption files related to them due to political pressure in this regard.

According to Iraqi political sources in Baghdad who spoke to Al-Araby Al-Jadeed, Al-Maliki began to rally his supporters regarding his return to the premiership or the return of the position to the "Dawa" party again after he left it since the end of the government of former Prime Minister Haider al-Abadi.
According to the same sources, al-Maliki (70 years), who is counting on great Iranian support for him, began early moves to restore the relationship between him and several political forces, especially the Kurdish one.
A prominent leader in the "victory" coalition, led by Haider Al-Abadi, told Al-Arabi Al-Jadeed that Al-Maliki is acting in his capacity as Secretary-General of the "Dawa" party, and that he is seeking the party's return to prime minister, but the truth is that he seeks to personally return to the position, stressing In this context, he has a move towards the new US administration, which is why his criticism of the Americans and the issue of the military presence in the country has subsided.
He considered that Al-Maliki's current move remains limited to the strong rejection of the leader of the "Sadrist movement" Muqtada al-Sadr , as well as a number of Najaf references, most notably Ali al-Sistani, who in 2014 supported his removal from power due to the disastrous results of his administration of the country.
Al-Maliki said in a televised interview with the Iranian Al-Alam channel, on December 24, 2020, commenting on the upcoming elections, "The elections are not to be guessed, but we estimate that our results will be better than the results of this stage or session we are in." On the presidency of the government, he said: "I do not seek it, but if it sought for me, I would say welcome and easy for me to serve, not for me to live as a prime minister the way he wants some to be prime minister whatever he is."
This is not the first time that Al-Maliki declares his desire to return to the government, as he had previously announced several times, among them on the "BBC" in 2016, followed by several hints and signals from him in conversations by local Iraqi and Iranian media.

Commenting on this, the leader of the Islamic Dawa party, Rasul Radhi, said to Al-Arabi Al-Jadeed, “The Dawa Party, like other political forces, has the right to seek the premiership, especially since this position is not restricted to a specific party or person.” .
And he indicated that "the results of the upcoming parliamentary elections, will determine which bloc will be eligible for the post of prime minister, as well as that the political alliances, will resolve this matter." He added, "Al-Maliki meets all the conditions and specifications for a successful prime minister, especially since he achieved many achievements at the level of security, economy and reconstruction, despite the presence of internal and external parties, which always wanted to thwart his first or second government, which is The same one that worked to prevent the third term from attaining, to prevent the continuation of the achievements made on the ground, and among this scheme was the entry of the terrorist organization "ISIS" to Iraq and its occupation of cities, "he said.
Nuri al-Maliki (70 years old) assumed the post of prime minister in 2006, after Iyad Allawi and Ibrahim al-Jaafari, and continued to rule for two electoral rounds, even with his traditional rival Iyad Allawi winning in the 2010 elections, as a decision by the Federal Court was deemed politicized stating that the winner of the elections was not Whoever gets the number of votes in it, but whoever forms an alliance within parliament in which he obtains the majority of seats in parliament, will lead to Maliki as prime minister.
The period of Maliki's rule was characterized by high sectarianism in the administration of the country, and campaigns of exclusion and marginalization that threatened civil peace, especially after his support for the Bashar al-Assad regime during the Syrian revolution, and allowing convoys of Iranian fighters and weapons to cross through Iraq to Damascus until his departure from power in 2014.

The country is still suffering from the effects of the al-Maliki era, which estimated the number of victims at tens of thousands of detainees and kidnappers, in addition to about a quarter of a million Iraqis who were killed or injured as a result of the "ISIS" invasion of Iraq and the tragedies it caused.
Regarding this, the writer and researcher on Iraqi affairs, Hussein Delly, told Al-Arabi Al-Jadeed that “despite all these current aspirations of the owners, he faces great difficulties, not the first of which is the alienation of political partners from his previous role and his bitter experience, in light of his exclusion of a number of his partners. In governance, in addition to his sectarian approach, his bad history with the political forces in the Kurdistan region may not give him an opportunity to reassign him, as well as the Sadrist movement’s pursuit of this position.

He added, "Al-Maliki may play on the current contradictions and the possibility of playing a guarantor role for militia movements and curbing their control over the state, but his efforts to return again remain very difficult."

Similar topics
» Sadr warns of Nuri al-Maliki moves to transform the government in Iraq to Milisheaoa
» State law: Maliki agreed to join the alliance of the Sadr government to form a "patriarchal" government!
» The coalition of victory surprises everyone and reveals the reference candidate - Sadr to head the government
» Al-Sadr will not allow al-Maliki to participate in the government-source
» Mr. Sadr, Maliki is filed request his resignation from the government