Member of Parliament: The dollar exchange rate cannot be changed to 1300 by collecting the signatures of MPs!

Member of Parliament: The dollar exchange rate cannot be changed to 1300 by collecting the signatures of MPs!

[size=30]Member of Parliament: The dollar exchange rate cannot be changed to 1300 by collecting the signatures of MPs![/size] 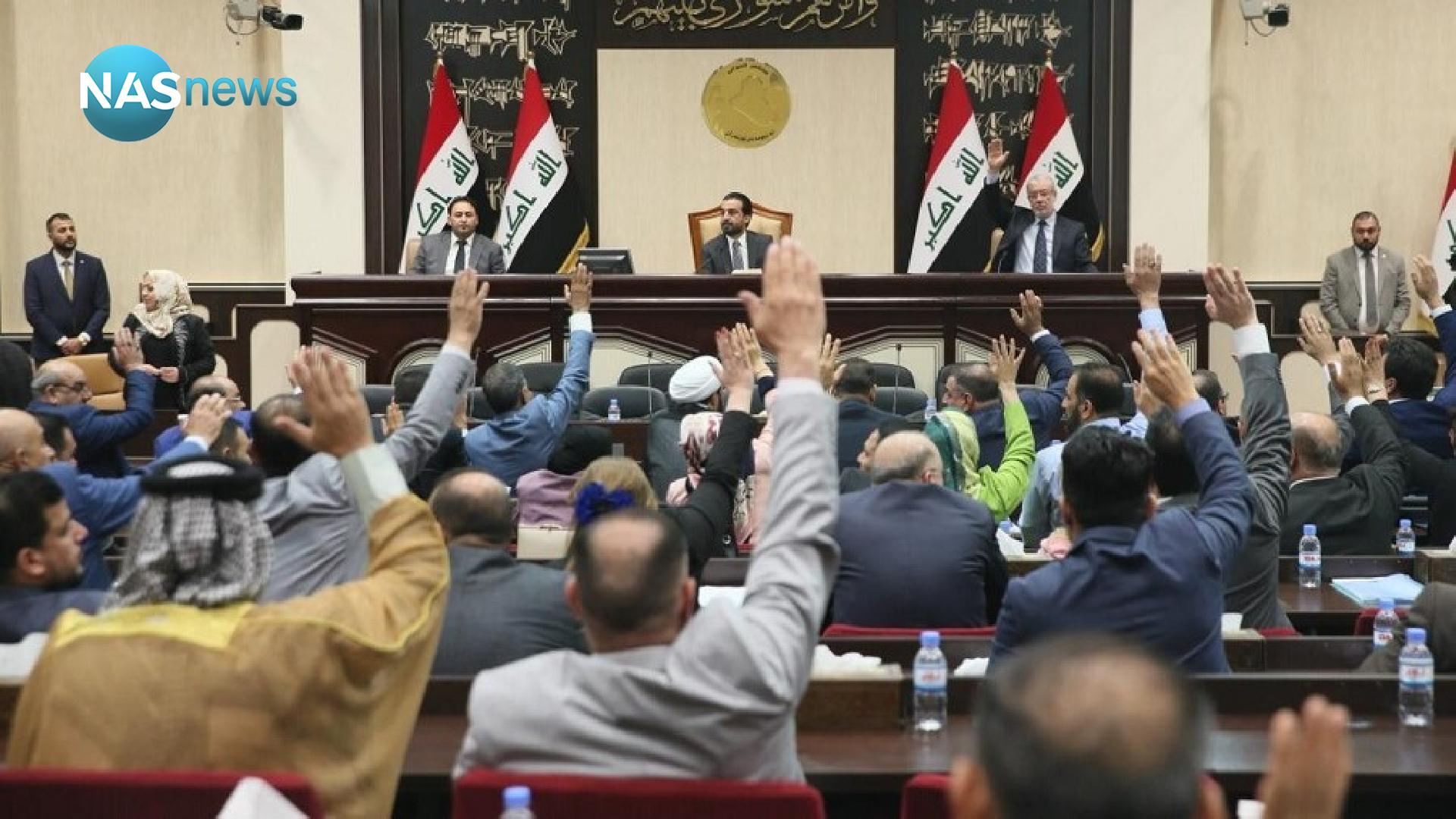 The Parliamentary Finance Committee confirmed, on Wednesday, the inability to change the exchange rate of the Iraqi dinar against the dollar, with the proposal of the House of Representatives or the signatures of parliamentarians.

A member of the committee, Hoshyar Abdullah, said in a post, seen by "People" (January 27, 2021), that "the price of the Iraqi dinar against the dollar is the same as the price set at 145 thousand dinars per 100 dollars, and the price is set by the Ministry of Finance and the Central Bank and cannot be changed by the proposal of Parliament." Or the signatures of parliamentarians. "

The economic expert, Nabil Al-Marsoumi, said, on Wednesday, that the reduction of the value of the dinar against the dollar took place in consultation with Parliament, stressing that this step is exclusively the prerogative of the monetary authority, while determining the repercussions resulting from the insistence of Parliament's forces to set the exchange rate at one thousand three hundred dinars against one dollar.
Al-Marsoumi added, in an explanation followed by "People" (January 27, 2021), that "there are demands for not a few members of the Iraqi parliament aimed at raising the dinar to the level of 1,300 dinars against the dollar, which raises a set of observations."
The first remark, during which Al-Marsoumi said, "The government did not reduce the dinar’s rate separately from Parliament, but rather in consultation with him. Moreover, the Parliamentary Finance Committee submitted to the government a reform paper containing 33 measures, including the recommendation to reduce the exchange rate of the dinar."
As for the second, he pointed out that "changing the exchange rate of the dinar will blow the budget from its foundations and return it to square one, because it will reduce the level of revenues for the general public and will greatly raise the level of the high budget deficit mainly to 71 trillion dinars."
He continued, the third note clarifies that "changing the exchange rate will lead to financial destabilization in Iraq and to confuse the Iraqi market and to the loss of confidence of international financial institutions in the monetary and financial authority in Iraq."
In his fourth note, he stressed that "changing the exchange rate of the dinar is the exclusive prerogative of the monetary authority, and there is nothing in the financial management law in Iraq that gives Parliament the right to change the exchange rate of the dinar."
On Tuesday, the Presidency of the House of Representatives directed the Finance Committee to include 8 amendments in the draft budget law for 2021.
According to a document obtained by "People" (January 26, 2021), Parliament Speaker Muhammad al-Halbousi approved a request submitted by a number of deputies that includes 8 notes on the General Budget Law for 2021, to the Finance Committee. 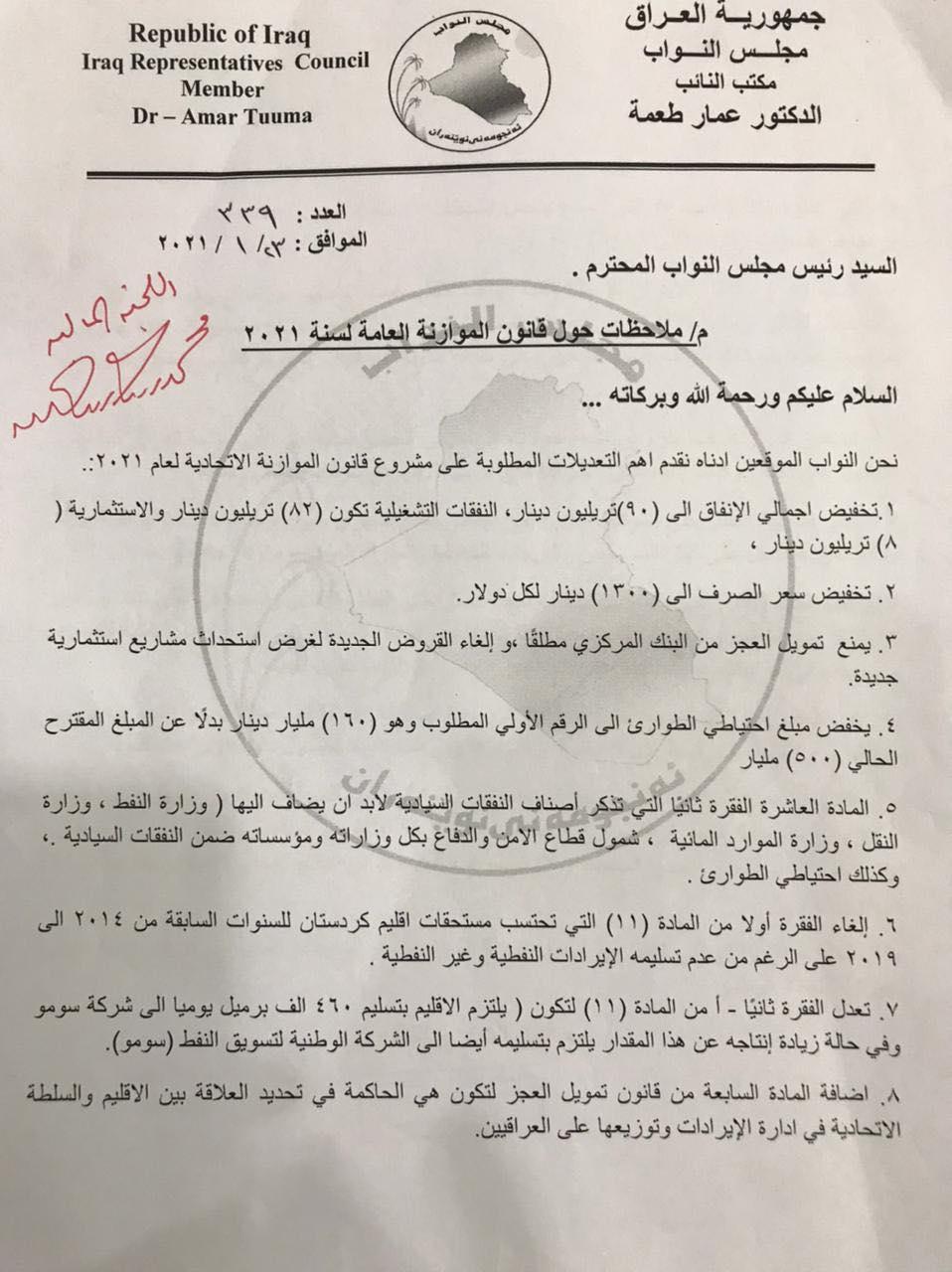