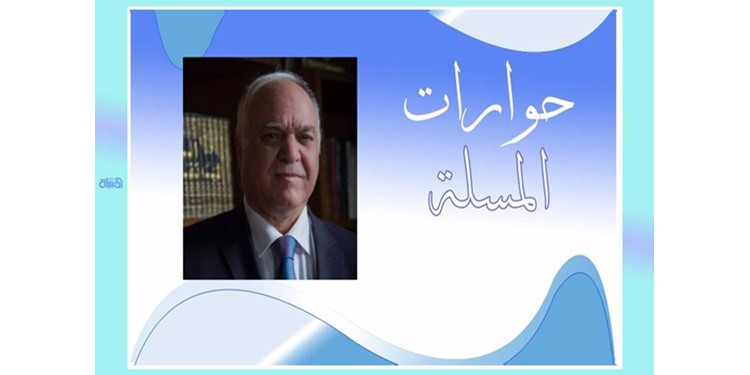 Baghdad / Al-Masalla: The Financial Adviser to the Prime Minister, Mazhar Muhammad Salih, responded to the blackish-tainted expectations regarding the disastrous results of the option to print the Iraqi currency - according to analysts and economists' description - by saying that such a scenario presents a very pessimistic economic prospect, and reminds the people of a stage Dangerous stages of the Iraqi economy during the international siege on Iraq during the dark period 1990-2003.

Salih told Al-Masalla that public finances relied at the time on the cheap monetary policy and inflation financing at a rate of 95% of its revenues to finance expenditures at that time, that is, by using the mechanism of the monetary authority's submission to the financial authority and its dominance in accepting government treasury transfers that the public finances consistently issue by the central bank, As he considers this government debt instrument as a financial asset matched by liabilities or liabilities, which is the currency issued to finance the absolute budget deficit (and convince the public that it is external money or (temporary) cash wealth, but it is highly eroded in its purchasing power due to the inflation expectations it generates that the citizen seeks every hour. ) ..

He added: That financial policy dominating the monetary issuance in the levers of its financing at that time led to the creation of a huge monetary mass that generated surplus demand or spending within the overall economy that was not matched by sufficient commodity supply, which reflects the case over the course of twelve years to the creation of continuous inflationary expectations Caused by the continued strength of demand reportedly
And he went on: That financial policy, which was founded on the principle of government financing with an inflationary tool based on the super cash issuance, led to sharp and continuous rises in the general level of prices, and the inflation in it increased to become unruly and three decimal places, and the commodity that was equal to 20 dinars in 1990 became equal to 2000 dinars or more. During the 1990s, cash incomes declined and the standard of living declined.

Dr. Mazhar Muhammad Saleh believes that the aforementioned warning is only a very dark scenario to remind the people of a dark period of time that the people lived and their livelihoods were uprooted in the era of the siege of the 1990s and the few years that followed.

Dr. Saleh expects that the state of Iraq will not reach that, but in spite of that remains the policy of relying on monetary policy to finance the deficit by issuing cash (or monetizing debt) easy government financial leverage and is known (in the event of its continuation) in the knowledge of public finance as one of the constraints of the fragile budget ( The dangerous) because it neglects the inflation indicators and its potential projections as a result of financing the budget deficit by issuing cash without realizing the risks of its repercussions on the level of individuals ’cash income and its deterioration.

The economic advisor to the Prime Minister spoke to the obelisk earlier, about what the Iraqi public finances faced in the years 2020-2021, as the draft federal budget for 2021 indicates that the total deficit planned in it will rise to nearly 71 trillion dinars, and the aforementioned deficit will be no less than About 42% of total spending there, and a percentage of not less than 28% of the current GDP.

Salih told Al-Masalla that the contractionary financial conditions in Iraq have led to dangerous economic manifestations, as the contraction of government demand or spending in the year 2020 has led to a widening of the national income gap, and a drop in growth by 11% of its rates.

He added that the contraction was accompanied by an increase in unemployment levels that were not less than 25% of the Iraqi workforce, as well as an increase in poverty rates among the population, which exceeded 30% of the country's families.
Obelisk

Similar topics
» Mazhar Saleh: Iraq is on the verge of economic recovery
» Why is Iraq so difficult to join the GCC?
» Mazhar Saleh: Al-Kazemi’s government will launch the first package to revive the economy
» Mazhar Muhammad Saleh: The government concluded nearly 19,000 contracting contracts worth $ 100 billion
» Standard of living of the common Iraqis is getting better day by day, as the country is making a swift economic progress. This has been stated by a British diplomat recently.