Parliamentary Finance examines the allocations of three ministries in the budget

Parliamentary Finance examines the allocations of three ministries in the budget 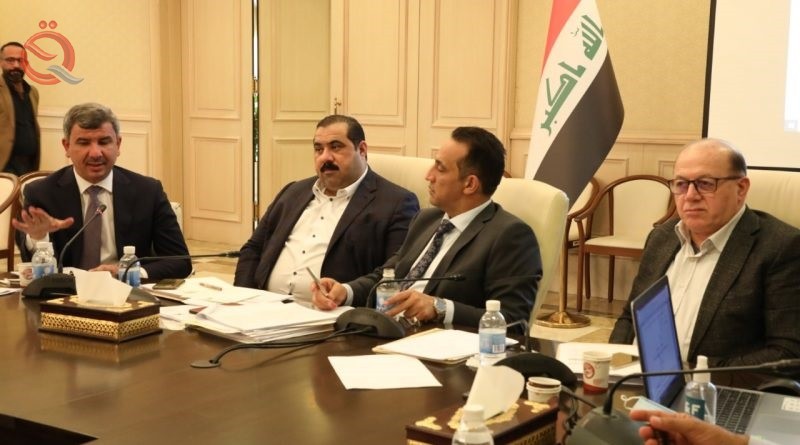 The Parliamentary Finance Committee discussed the allocations of the ministries of defense, oil and education in the 2021 budget.

A statement of the committee, which "Al-Eqtisad News" received a copy of, stated that "the sub-committee formed by the Finance Committee hosted a delegation from the Ministry of Education in which it continued its discussions of the ministry's allocations within the 2021 budget, as it provided The committee, including the tables requested at the previous meeting, included details of the Ministry's expenditures for the years 2019 and 2020.

He added, "The sub-committee asked the ministry's delegation the reasons for the increase in its financial allocations within the budget law compared to the budgets for the years 2019 and 2020, and the increase in investment allocations to complete the projects of lagging schools, while confirming that it will study all the ministry's requests and discuss them with the main committee to take the necessary actions regarding them and what Hurt in the public good. "

In another context, the Finance Committee, headed by Representative Haitham Al-Jubouri, received the Minister of Defense, Jumaa Inad, and his accompanying delegation, to discuss the ministry's allocations within the draft federal budget bill for 2021.

A statement of the committee stated that the committee discussed at the beginning of its meeting ways to support the Iraqi army of various types and develop it in line with the challenges and security threats, valuing the sacrifices it made in defending the land and people of Iraq, as well as the financial allocations for defense within the 2021 budget and its compatibility with the ministry’s plans and vision. And its philosophy.

For his part, the Minister of Defense explained the most prominent problems and obstacles facing the Iraqi army and the allocations it needs that contribute to developing its defense capabilities to confront the forces of evil and defeat terrorism.

The Finance Committee, headed by Representative Haitham Al-Jubouri, hosted the Minister of Oil, Ihsan Abdul-Jabbar and the advanced cadre in the ministry as part of a series of meetings it is holding with state institutions as part of its discussions of the draft federal budget bill for 2021.

A statement by the committee stated that the Finance Committee discussed a number of files of utmost importance, such as the costs of licensing rounds and the need to review them by the ministry, preparing a feasibility study on them, the file for importing gas and what it costs to the state treasury in terms of large sums and working to produce it locally, as well as the possibility of returning Iraq's reduced share. From exporting oil within OPEC, developing refineries and fields, and increasing the production capacity of oil and its derivatives.

According to the statement, the Finance Committee called on the ministry to prepare a thoughtful plan that represents a firm future vision regarding oil policy in Iraq and to transfer the losing public sector companies to the private sector for development, which reduces the burden on the state treasury and saves a lot of money that can be used for what is most important.

For his part, the Minister of Oil and the advanced cadre who accompanied him provided an explanation regarding the questions and ideas raised by the committee, as well as the ministry's work mechanism and plans for the current year.