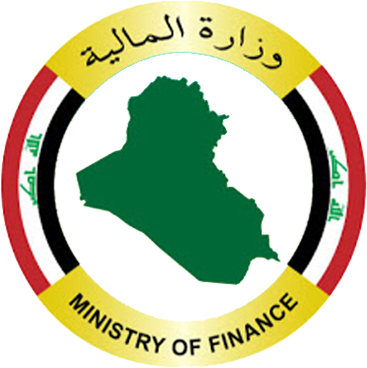 The Ministry of Finance would like to clarify to the public opinion the details of the increase in the financial allocations included in the draft federal budget law for the year 2021 and according to the tables, financial statements and expenditures according to each sector and the spending estimates for the previous and current years that were published on the Ministry of Finance


Preparing the budget for the year 2021, both operational and investment, is one of the financial policies affecting economic activity and was based on general foundations and principles that reflect the necessary priorities for the current stage that the country is going through and that help achieve development and economic goals.


The Ministry of Finance worked on the possibility of reducing the obstacles to financial threats and providing the necessary liquidity to secure the state’s needs in terms of securing salaries and completing projects without any difficulties that we may face during the current year.


The draft federal budget law for the year 2021 included an increase in allocations amounting to (62.5) trillion dinars, excluding foreign and domestic loans, compared to what was financed in / 2020


The increase in spending was focused on salaries, allowances and retirement contributions, as it amounted to (20.5%) of the total increase.


This increase came to meet the costs of bonuses, fill vacancies, appoint doctors and health professionals for two previous years, and to return their contracts with canceled contracts to all security agencies, in addition to volunteering in the armed forces.


Pensions were increased as a result of the continued implementation of the laws relating to victims of terrorism, prisoners, martyrs, and end-of-service benefits, and their percentage reached (8.7%) of the total increase in public spending.


For the purpose of supporting the poor in society, public spending has been increased in the 2021 budget by (5.8%) of the total increase in public spending, which was distributed on social care, the ration card, subsidies for wheat, rice, medicine and Covid 19 vaccine.


The Budget Law for the year 2021 included allocations to a number of important issues that affect the lives of citizens and secure their stability, such as provincial stability programs, conducting the census, holding elections and compensation in accordance with the laws in force.


As for the investment side, it increased by (7%) of the total increase in public spending for the year 2021, with the exception of foreign and domestic loans. The inclusion of allocations for the development of regions, petro-dollars, infrastructure projects for electricity, water and sanitation, and armament programs were concentrated.
-------------------------


Information Office of the Ministry of Finance
January 12, 2021

Similar topics
» Cougar: The 2021 budget numbers are very exaggerated and have twice as much expenditures last year
» Kurdistan to continue negotiation with Baghdad regarding 2021 federal budget
» Parliamentary Finance confirms its intention to reduce total expenditures and maximize revenues in the 2021 budget
» Parliament ends discussion of the 2021 draft budget
» A parliamentary session today for a first reading of the 2021 draft budget