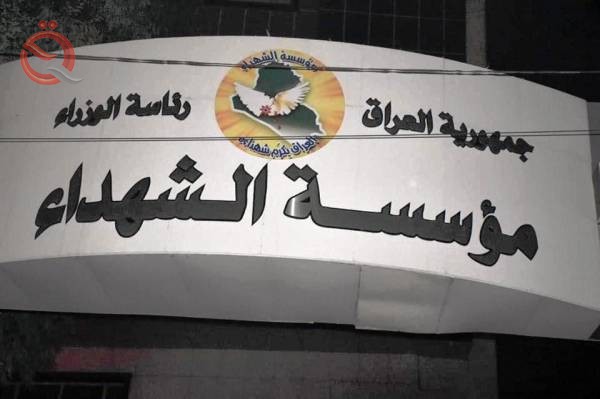 
Parliamentary circles revealed that there are more than 15,000 citizens who receive double salaries. Despite this, the House of Representatives refuses to amend the Law of Martyrs, Victims and Political Prisoners sent by the government, as it proposes the abolition of all double salaries, and obliges to grant one salary to every beneficiary.
Hussein Al-Maliki, a member of the Parliamentary Committee of Martyrs, Victims and Political Prisoners, states that "the government has put in place a text in the draft federal budget law for 2021, in which it proposes the abolition of double salaries, and recommends that only one salary be paid." He says, "These salaries are bonuses and financial grants that are limited to certain periods of time."
He believes that "the media uproar that occurred a while ago was behind the government’s adoption of the amendment of the Political Prisoners Law, which demanded the House of Representatives cancel the double payroll," considering that "these laws are in effect in all countries of the world that grant sums to the persecuted."
Last May, the Council of Ministers issued a decision obliging to achieve social justice and address double wages and pensions for Rafha detainees and a group of residents outside Iraq due to the current financial crisis.
Last September, the Parliamentary Committee of Martyrs, Victims and Political Prisoners, in a strongly worded statement, vowed that government officials "failing" to implement transitional justice laws, to interrogate and dismiss.
MP Al-Maliki points out that "the number of those included and beneficiaries of the Law of the Martyrs and Political Prisoners Foundation reaches about (33) thousand, of whom (15) thousand have double salaries," indicating that "the abolition of these salaries requires amending the law of the martyrs institution."
The House of Representatives responded to the government, the second amendment bill to the Political Prisoners Institution Law No. 4 of 2006 after it refused to proceed with its legislation.
The MP from Karbala Governorate indicated that "the parliament voted to return this law and not agree to amend the Martyrs Institution Law, which proposes to cancel all double salaries received by the families of martyrs, victims of terrorism, and Rafha detainees."
For his part, the head of the Committee of Martyrs and Political Prisoners, Abd al-Ilah al-Naeli, stated that "the parliament responded to the amendment of the Political Prisoners Institution Law proposed by the government for violating the laws in force."
"The government took its decision No. 27 on June 21, 2020, and applied it directly to female detainees, political detainees, and the sons of the Shaabani uprising," Al-Naeli, a deputy for the state of law, said in a press conference held in the House of Representatives.
He added, "Sending the government to amend the Political Prisoners Law confirms its violation of the laws and its recognition of the illegality of its decision."
The head of the Martyrs and Prisoners Committee pointed out that "the members of Parliament feel a great responsibility towards the laws enacted by Parliament, which must be respected, especially those concerning victimized segments of the families of martyrs, prisoners and detainees."
"The government included a paragraph in the draft budget law to destroy four laws, which are the laws of martyrs, prisoners, victims of terrorism and retirement," Naeli pointed out.
Al-Naeli revealed "measures related to the investigative committee voted by the House of Representatives in order to scrutinize the measures taken by the government against the laws in force. The committee will diagnose any breach in these procedures and the House of Representatives votes on them in order to oblige it to implement the transitional justice laws."

Similar topics
» Al-Kaabi calls on the Martyrs Foundation to redouble its efforts to care for the families of the martyrs, and calls on state institutions to cooperate in this regard
» Under the direct sponsorship of Al-Kaabi ... the signing of a protocol of cooperation between the International Committee for Missing Persons and the forensic departments of the Ministry of Health and the mass graves of the Martyrs Foundation
» Prisoners' Foundation: The Rafha detainees have the right to combine two salaries
» In the document: Financial Control announces the abolition of pension deductions for the accumulated salaries of the martyrs' families
» / Financial Committee: Having 150,000 double-salary employees and processing them saves one trillion dinars per month