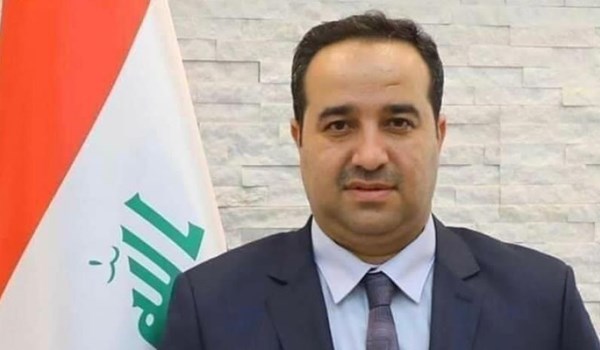 Today (Monday) the Iraqi Minister of Trade chaired a high-level economic and trade delegation on a visit to Tehran to meet with senior officials in the Islamic Republic of Iran and participate in the fourth meeting of the Higher Joint Committee for Economic and Trade Cooperation.
Fars News Agency report states that Iraqi Trade Minister Alaa Ahmad Al-Jubouri will lead on this visit a high-level delegation that includes the minister's assistants, general directors, heads of chambers of commerce, and head of the Iraqi Chamber of Commerce Federation Abdul Razzaq Al-Zuhairi.


The delegation consists of more than 50 people representing the Iraqi public and private sectors.


The high-level Iraqi economic and trade delegation is scheduled to meet with senior Iranian officials, including First Vice President Ishaq Jahangiri, in his capacity as Chairman of the Supreme Joint Committee for Economic and Commercial Cooperation, and many Iranian ministers.


The Iraqi delegation is accompanied by the ambassador of the Islamic Republic of Iran in Baghdad, Iraj Masjedi.


The meeting of the Iraqi-Iranian Joint Economic Committee will be held after a hiatus of six years.


Earlier, Iranian Energy Minister Reza Ardakanian said, during his recent visit to Baghdad, that after a six-year hiatus, the Supreme Joint Committee for Economic and Trade Cooperation between the two countries will soon be active in Tehran.