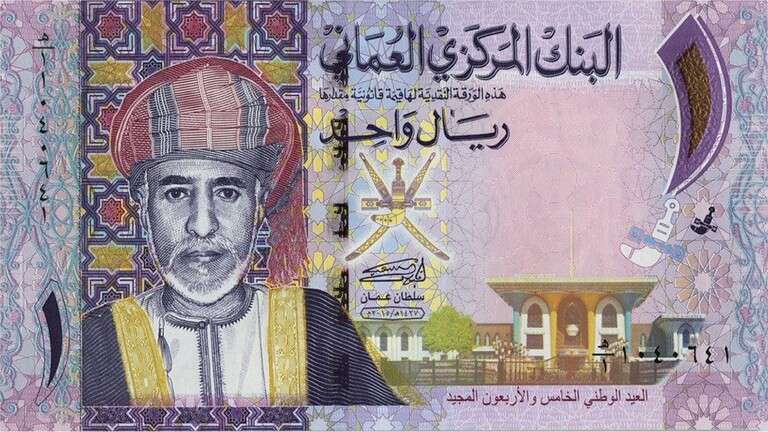 The Central Bank of the Sultanate of Oman introduced new denominations of currency, to complement the sixth issue of the new national banknotes.

According to the Oman News Agency, today, Sunday, the new denominations are twenty riyals, ten riyals, five riyals, one riyal, half riyals, and 100 baisa.


It is the third highest monetary unit in the world after the Kuwaiti dinar and the Bahraini dinar . - https://fr.qaz.wiki/wiki/Omani_rial


The story See also: British currency in the Middle East Until 1940, the Indian rupee and the Maria Theresa thaler (known locally as the rial - adopted from the Portuguese " real ") were the main currencies circulating in Muscat and Oman , as the state was then called.


with Indian rupees flowing on the coast and thaler in the interior. The thaler Maria Theresa were valued at 230 paisa , with 64 paisa = 1 rupee.


The two currencies were denominated in Bias (equivalent to Paisa), with 200 Bias = 1 Rial. The Indian rupee and, from 1959, the rupee the Gulf have continued to circulate.


On June 6, 1966, India devalued the Gulf rupee against the Indian rupee. Following the devaluation, several of the states still using the Gulf rupee adopted their own currencies. Oman continued to use the Gulf rupee until 1970, with the government backing the currency to its former peg to the pound, when it adopted the Said rial.


On 7 May 1970 the Saïd rial (the name of the house of Al Said , not to be confused with Saudi riyal ) was introduced as a currency of Oman to replace the rupee the Gulf .


It was equal to the British pound sterling and 1 Said rial = 21 Gulf rupees. The Saidi rial was subdivided into 1000 bisa. The Omani rial replaced the Said rial at par on November 11, 1972.


Currency name has been changed due to regime change in 1970 and subsequent name change of the country. Since 1975, new coins have been issued with the country name given as Oman.