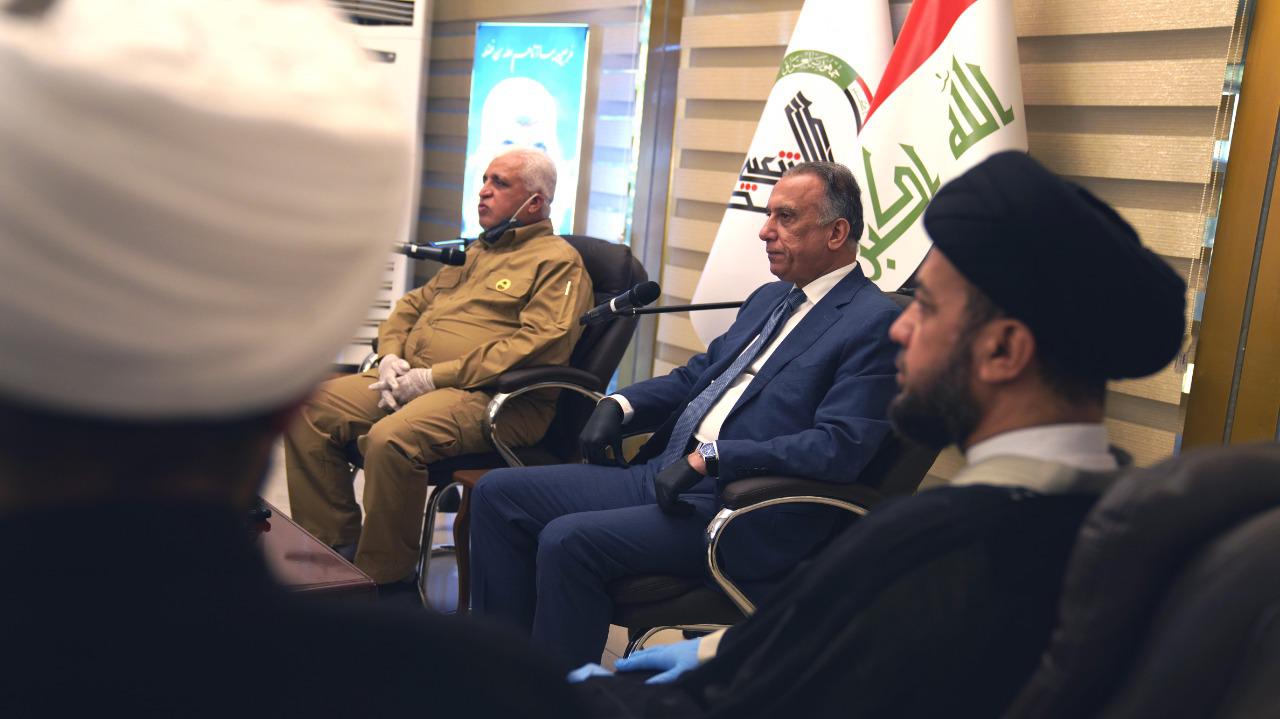 Shafaq News / On Friday, the US Treasury imposed sanctions on the head of the Iraqi Popular Mobilization Authority and the former National Security Adviser, Faleh al-Fayyad, for his links to human rights violations.


The Treasury Department's statement said that the PMF factions loyal to Iran had attacked the participants in the Iraqi demonstrations in October 2019, which protested against corruption, unemployment, economic recession, poor public services, and Iran's interference in the internal affairs of Iraq.


The statement added that Al-Fayadh was a member of the Crisis Cell that was formed in late 2019, which consisted mainly of leaders of the Popular Mobilization Factions, in order to suppress Iraqi protesters, with the support of the Quds Force of the Iranian Revolutionary Guard.


"Today, the pro-Iranian elements in the Popular Mobilization Forces continue to wage an assassination campaign against political activists in Iraq, who call for free and fair elections, respect for human rights and the appointment of a clean government," the statement continued.


Treasury Secretary Steven Mnuchin said, "Politicians and allies with Iran, such as Faleh al-Fayyad, have waged a violent campaign against Iraqi democracy and civil society, by supervising and managing the killing of peaceful Iraqi protesters."


The statement indicated that the sanctions imposed on Al-Fayadh will include the confiscation of all his property and personal interests in the United States, or those belonging to him that are in the possession or control of American persons.


Sanctions will also include a ban on any entities that Al-Fayyad owns 50 percent of its stake, or that he and others own directly or indirectly.


The sanctions against Fayyad come in implementation of Executive Order No. 13818, which provides for the punishment of human rights violators around the world and those who publish corruption.

The Iraqi government responds to America's punishment against Al-Fayadh

The Iraqi government responds to America's punishment against Al-Fayadh

{Baghdad: Al Furat News} The Iraqi government responded to the US Treasury Department's punishment against the head of the Popular Mobilization Authority, Faleh Al-Fayyad.

The National Security Adviser, Qassem Al-Araji, said in a tweet on Twitter: "We call on the US Treasury to correct its mistake by deciding to impose sanctions on an Iraqi government figure, it is not correct to be on the sanctions lists."

On Friday, the US Treasury Department imposed sanctions on the head of the Popular Mobilization Authority, Faleh Al-Fayyad, and said that he was "linked to serious human rights violations," she said.

The US Treasury Secretary said, "We will continue to hold accountable those who prevent Iraqis from peaceful protest, achieving justice and eradicating corruption," indicating that "politicians like Fayyad are waging a violent campaign against democracy in Iraq," as he put it.

It is noteworthy that the Popular Mobilization Authority is an official Iraqi institution linked to the Commander in Chief of the Armed Forces in Iraq.

Similar topics
» Abadi isolates Faleh Fayyad from the presidency of the popular crowd
» America imposes sanctions on the movement of Iraqis
» Representative Faleh Al-Khazali calls for partially opening the ports to enter the foodstuffs
» URGENT Abadi dismisses Faleh al-Fayadh from the presidency of the crowd and national security adviser
» Within hours .. US sanctions on Iraqi officials expected