The deputy of the Saeron Alliance, Riyadh Al-Masoudi, confirmed, Thursday, that the Iraqi authorities will arrest Trump if he enters the race.

"The arrest warrant against the outgoing US President Donald Trump will be inside Iraq, that is, if he enters Iraq, he will be arrested immediately," Al-Masoudi said in a statement to the agency .

He added, "The arrest warrant will not proceed abroad except through Interpol, and international approvals are taken," noting "the necessity of involving international teams in the airport crime case, as the crime involved several countries and is therefore an international crime."

Earlier in the day, the Rusafa investigation judge issued an arrest warrant against the outgoing US President Donald Trump, according to Article 406 of the Penal Code in force.

The Iraqi judiciary issues an arrest warrant for Trump

The Iraqi judiciary issues an arrest warrant for Trump

The Rusafa Investigation Court issued, on Thursday, the arrest warrant against the outgoing President of the United States of America, Donald Trump, against the background of the murder of the deputy head of the Popular Mobilization Authority , Abu Mahdi al-Muhandis, and the commander of the Quds Force of the Iranian Revolutionary Guard, Qassem Soleimani.

A statement of the Supreme Judicial Council, a copy of which was received by the information, stated that “after the competent judge in the Rusafa Investigation Court who is in charge of the investigation into the crime of assassinating the deputy head of the Popular Mobilization Authority , martyr Abu Mahdi al-Muhandis and his companions, recorded the statements of the claimants of personal right from his family on the morning January 2021 and the preliminary investigation procedures are completed. He decided to issue an arrest warrant against the outgoing President of the United States of America, Donald Trump, in accordance with the provisions of Article 406 of the Iraqi Penal Code in force.

The statement added that "investigation procedures will continue to identify other participants in the implementation of this crime, whether they are Iraqis or foreigners."

Al-Araji: The issuance of an arrest warrant against Trump is a victory for the Iraqi state

Al-Araji: The issuance of an arrest warrant against Trump is a victory for the Iraqi state

Former Deputy Prime Minister Bahaa Al-Araji confirmed, on Thursday, that the Iraqi judiciary issued an arrest warrant against the accused Trump, a victory for the Iraqi state.

Al-Araji said in a tweet that he had seen with / the information /, that “the issuance of an arrest warrant by the judiciary against the accused Trump is a victory for the Iraqi state, and it is the first step to take revenge on the violation of sovereignty and the blood of the martyrs who fell.”

He added, "Thank you to the judiciary and a thousand thanks to its president for this courageous decision that reflects the independence of the Iraqi judiciary after the decisions of other institutions were accused of being subordinate!"

Trump: Our forces have not committed enough crimes in Iraq!

Trump: Our forces have not committed enough crimes in Iraq!

described the outgoing US President Donald Trump, a representative of the Republican Party, Liz Cheney, as weak, calling on the United States to commit more crimes in Iraq .

"The outgoing President Donald Trump continued his escalation of the civil war inside the Republican Party during a rally of his supporters, criticizing Congresswoman Liz Cheney and complaining that the United States did not commit enough war crimes in Iraq, " the British newspaper The Independent reported in a report translated by the agency . .

The report added, "The US President told his followers that they need to get rid of the weak members of Congress," indicating that "Liz Cheney does not want to return the soldiers to the country and I have prepared many of them."

The report stated that "Trump attacked Mrs. Cheney after criticizing his insistence that Congress cancel the results of the 2020 elections based on false allegations about massive voter fraud."

Cheney tweeted that "Congress does not have the authority to change the results by objecting to the electorate and that doing so steals power from the states and violates the constitution," describing his call with the Georgia election official as "extremely worrying."

The report pointed out that “Trump criticized the US military leadership for not stealing oil from Iraq during the US military occupation, which would have constituted a war crime,” referring to the member’s father, former Vice President Dick Cheney, who is often credited as the architect of the Iraq war .

Trump said it was "stupid" that the United States did not loot IraqDuring its occupation and stealing the country's oil. According to him.

The son of the so-called President Donald Trump Jr. had threatened to support the initial appeals against any Republican who did not adequately support his father's false allegations of election fraud, while Trump asked his followers to walk into the Capitol building of the Congress and they did so, and they penetrated the Capitol building after their clash with the police. . 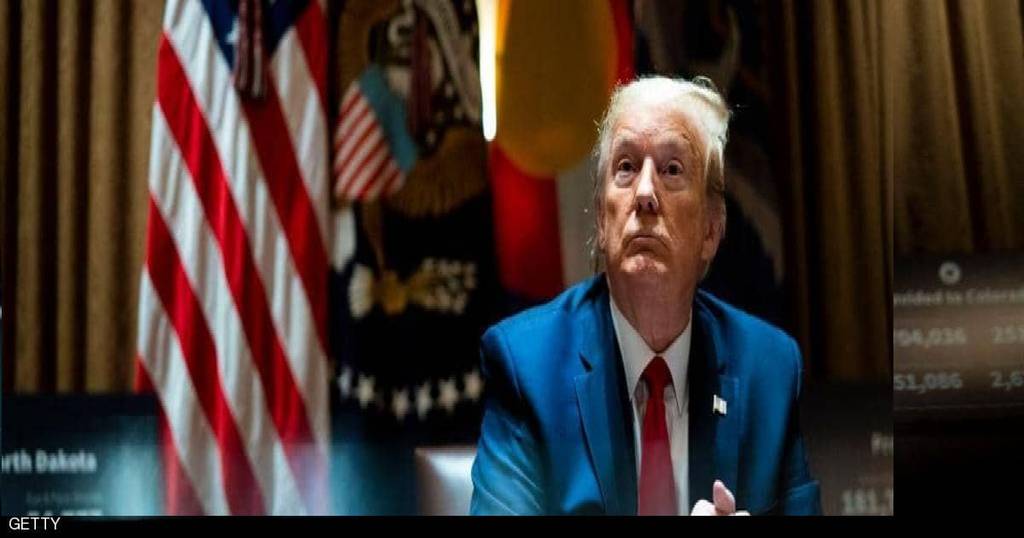 Mubasher: Facebook CEO Mark Zuckerberg said that President Donald Trump will be banned from posting on the social media platform, at least until the end of his term.

And "Facebook" said yesterday that it will close Trump's account for 24 hours, after the riots by his supporters in front of Congress.

Zuckerberg added in a statement on his Facebook page today, Thursday, that the horrific events of the past 24 hours clearly show that Trump intends to use his remaining time in office to undermine the peaceful and legal transfer of power to his elected successor, Joe Biden.

The Facebook founder added: “His decision to use his account on the platform to condone the actions of his supporters on the Capitol building instead of condemning them led to inconveniencing people in the United States and around the world. We removed these statements yesterday because we saw that their effect - and perhaps their intention - would be to incite more violence. ".

Zuckerberg explained that after the ratification of the election results by Congress, the priority for the whole country must now be to ensure that the remaining thirteen days and the days following the inauguration pass peacefully and in accordance with established democratic standards.

The founder of Facebook stated: “Over the past several years, we have allowed President Trump to use our platform in accordance with our own rules, sometimes removing content or categorizing his posts when it violates our policies. We did so because we believe the public has the right to access the broadest spectrum of speech possible. Political, even controversial rhetoric. "

He continued: "But the current context is fundamentally different, as it includes the use of our platform to incite a violent rebellion against a democratically elected government."

Zuckerberg added that allowing the president to continue using our services during this period is simply too great a risk, so: "We will extend the ban that we have placed on his Facebook and Instagram accounts indefinitely and for at least two weeks until the peaceful transfer of power is complete."

The first American comment on the arrest warrant against Trump ... a "ridiculous move"

[size=36]The first American comment on the arrest warrant against Trump ... a "ridiculous move"[/size]

Baghdad - IQ
In the first US comment on the Iraqi arrest warrant against President Donald Trump, former US ambassador to Baghdad Ryan Crocker described it as "a ridiculous and unimportant step."

Crocker said, in a television interview with Al-Hurra satellite channel, today, which was seen by  IQ NEWS , that the arrest warrant for Trump appears to be a "ridiculous and insignificant step," considering that "General Soleimani lived by the sword and died by the sword and this is what happens in such conflicts." .

And American diplomat Ryan Crocker added, "The US administration does not care or discuss the Iraqi arrest warrant against Trump, and it is not bound by it," stressing, "I am sure that the US government will not take it seriously. We have some problems that the administration has taken into consideration in recent days."

On Thursday (January 7, 2021), the Supreme Judicial Council announced that the Rusafa Investigation Court had issued an arrest warrant against the outgoing US President Donald Trump, for issuing an order to assassinate the deputy head of the Popular Mobilization Authority, the martyr Abu Mahdi al-Muhandis and his companions .

The legal negotiating committee with the United Nations described the decision against Trump as "positive and late," calling for urgent action to obtain the decision to form an international court .

Similar topics
»  Urgent…..Arrest warrant issued against Mulla
» The Iraqi judiciary responds to the Iranian Foreign Ministry regarding the arrest warrant against Trump
» Iraq mourns the martyrs {Engineer} and {Soleimani}
» Nineveh .. Revealed the cause of the coup in the Tigris River
» In the document .. arrest warrant and an investigation against the right of defense officials