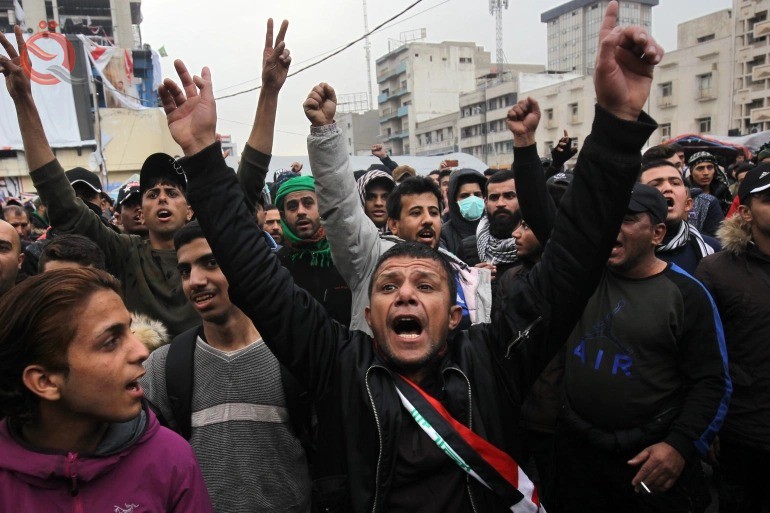 Al-Mada newspaper, published in Baghdad, revealed the existence of a plan to combat corruption, including the recovery of $ 150 billion.
In one of the biggest political deals, Prime Minister Mustafa Al-Kazemi agreed with the heads of political blocs to issue arrest warrants against (22) government officials involved in the theft and smuggling of funds estimated at more than 150 billion. Dollars " .
She added that the government anti-corruption committee in charge of investigations into files of corruption and exceptional crimes is expected to reveal the names of those involved in looting and money laundering operations, including former ministers, a current minister, a deputy minister and the head of an independent body .
She emphasized that the political deal also stipulated that the government release the accused after their arrest in exchange for repaying the money they stole and returning it to the state treasury, which suffers from severe financial hardship after the decline in oil prices due to the repercussions of the Korna pandemic .
It indicated that "the Anti-Corruption Committee led by Abu Ragheef has completed investigations with a number of government officials, and will soon issue arrest warrants against (22) officials between a former and current minister, an undersecretary, a director general, and the head of an independent commission ."
She noted that Al-Kazemi and the heads of political blocs agreed to activate the file of corruption through the government committee in charge of this purpose,
And that the agreement stipulated the release of the accused or those involved in stealing money in exchange for returning it to the state treasury, "explaining that the judgments that will soon be issued against the accused will be" suspended sentences "so that those involved in the theft can return the money to the state treasury .
She pointed out that "the deal excluded those involved in smuggling large funds abroad and invested them, and therefore it is difficult to return it to the government again because of the laws in effect in those countries that prohibit the return or return of money after changing the gender of smuggled money ."
She added that the "22" personalities have a great financial weight due to the corruption operations they have carried out over the past years. It is expected that the deal will return nearly $ 150 billion to the state treasury .

Similar topics
»  Ministry of Oil: Any measure to increase oil production will not be monolithic
» Newspaper Brentian: Baghdadi survived a coup attempt carried out by "foreign evils"
» Newspaper talks about astronomical amounts of electoral spending in Baghdad
» A British newspaper talks about the benefits of Iraq’s decision to lift entry visas for citizens of 36 countries
» Integrity recover five billion dinars to the treasury