The adoption of local currencies in commercial relations

The adoption of local currencies in commercial relations 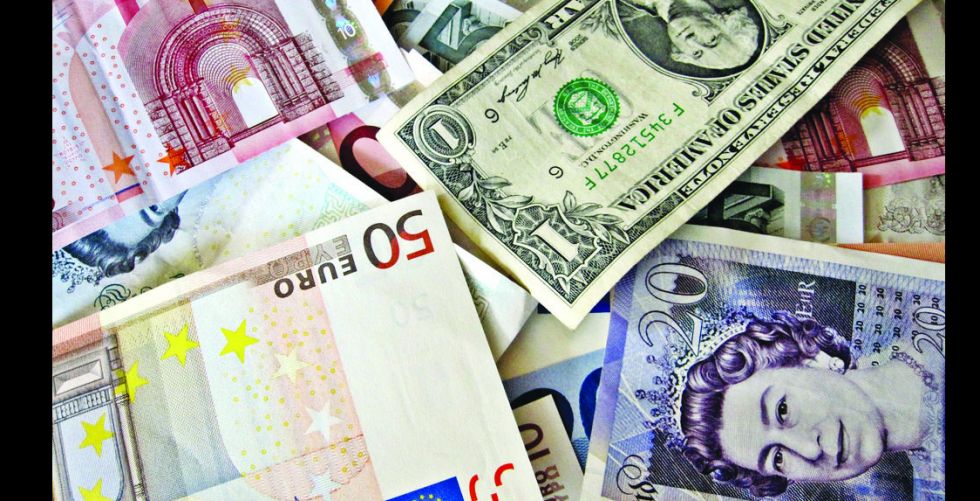 A member of the Businessmen Union called on Ahmed to proceed to adopt local currencies in foreign commercial dealings.

"The completion of commercial operations with regional countries and beyond is an important matter that facilitates the flow of commercial performance, and it is approved among many countries of the world," he said, noting that "adopting this type of international trade at the present time is important."

He pointed out that "there are international agreements that regulate this type of cross-border trade because of the benefits it brings to the various economies of the world, and among the countries that adopt this type of trade Malaysia with its neighboring countries and other countries."

It is noteworthy that China adopts many foreign projects, especially the Japanese, using the local Chinese currency (the yuan) as a means to settle urgent payments and obligations, and these settlements are less vulnerable to the fluctuations of the process in foreign exchange rates and to avoid the difference margins required by the transfer process through the dollar.

Muklef emphasized that the volume of trade exchange with neighboring countries and global economic blocs is very large, and it needs greater organization for the cross-border trade process, as Iraq needs many products to cover local demand, which makes it imperative that it go to international markets to cover the requirements of its local market.

Currency is a medium of exchange for goods and services. In short, it's money, in the form of paper or coins, usually issued by a government and generally accepted at its face value as a method of payment.

Currency is the primary medium of exchange in the modern world, having long ago replaced bartering as a means of trading goods and services.

In the 21st century, a new form of currency has entered the vocabulary, the virtual currency. Virtual currencies such as bitcoins have no physical existence or government backing and are traded and stored in electronic form.

Currency in some form has been in use for at least 3,000 years. Money, usually in the form of coins, proved to be crucial to facilitating trade across continents.

A key characteristic of modern money is that it is uniformly worthless in itself. That is, bills are pieces of paper rather than coins made of gold, silver, or bronze. The concept of using paper as a currency may have been developed in China as early as 1000 BC, but the acceptance of a piece of paper in return for something of real value took a long time to catch on. Modern currencies are issued on paper in various denominations, with fractional issues in the form of coins.

According to WorldAtlas.com, 180 national currencies recognized by the United Nations are currently in circulation. Another 66 countries either use the U.S. dollar or peg their currencies directly to the dollar.

Most countries issue their own currencies. For example, Switzerland's official currency is the Swiss franc, and Japan's is the yen. An exception is the euro, which has been adopted by most countries that are members of the European Union.

The number of official currencies recognized by the United Nations.
Some countries accept the U.S. dollar as legal tender in addition to their own currencies. Costa Rica, El Salvador, and Ecuador all accept U.S. dollars. For some time after the founding of the U.S. Mint in 1792, Americans continued to use Spanish coins because they were heavier and presumably felt more valuable.

There are also branded currencies, like airline and credit card points and Disney Dollars. These are issued by companies and are used only to pay for the products and services to which they are tied.

The exchange rate is the current value of any currency in exchange for another currency. This rate fluctuates constantly in response to economic and political events.

Those fluctuations create the market for currency trading. The foreign exchange market where these trades are conducted is one of the world's largest markets in sheer volume. All trades are in large volumes, with a standard minimum lot of 100,000. Most currency traders are professionals investing for themselves or for institutional clients including banks and large corporations.

The foreign exchange market has no physical address. Trading is entirely electronic and goes on 24 hours a day to accommodate traders in every time zone.

For the rest of us, currency trading is mostly done at an airport kiosk or a bank while traveling.

Consumer advocates say that travelers get the best value by exchanging cash at a bank or at an in-network ATM. Other options may have higher fees and poor exchange rates.

Similar topics
» Adoption of the local currency in commercial transactions boosted worth
» Adoption of local currencies in the Indian Iraqi dealings
»  "Shammari calls for the adoption of the state departments of the local currency rather than in US
» The Minister of Commerce meets the American ambassador in Baghdad and discusses with him ways to develop economic and commercial relations
» Putin: I regret the deterioration of relations with Turkey because I personally done a lot to build mutual relations