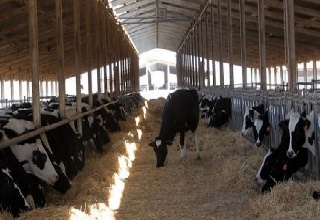 Economy News - Baghdad
Iranian Energy Minister Reza Ardakanian announced that Iran has received 700 thousand dollars of its debts with Iraq from electricity and gas exports, according to what was reported in "Iran International Arabi ".
Yesterday, Iran informed Iraq that it would immediately resume pumping gas to power plants .
The Iranian Energy Minister arrived in Baghdad yesterday to discuss obstacles to exporting electricity and gas to Iraq, according to Fars News Agency .

The Iranian Energy Minister met with Iraqi Prime Minister Mustafa Al-Kazemi, the Minister of Trade and the Governor of the Central Bank .
This decision is a reversal of the previous decision in the past two days, as Iran announced that it had reduced gas fuel exports to Iraq by nearly half for "non-payment of debts ."
The Iranian Ministry of Oil has repeatedly asked Iraq to pay off the debts of gas and electricity imported from Tehran .
In turn, the Iraqi Ministry of Electricity said, last Sunday, that the capital, Baghdad, and other cities are facing the risk of major power outages after Iran reduced gas exports, before Tehran reverses its decision, Tuesday .

Iraq used to export 11,000 barrels of oil from Kirkuk wells, but that stopped due to US sanctions on Iran.

Page 1 of 1
Permissions in this forum:
You cannot reply to topics in this forum
Who is online?
In total there are 66 users online :: 2 Registered, 0 Hidden and 64 Guests :: 2 Bots