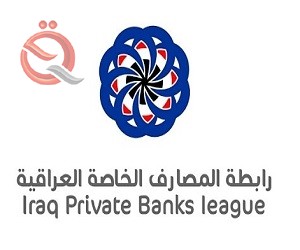 The Iraqi Private Banks Association announced that the decision to change the exchange rate of the dinar against the dollar, taken by the government, is part of reform packages for the economy, which is going through a stifling financial crisis due to its dependence on oil and disruption of other productive sectors.
The association said in a press release seen by "Al-Eqtisad News", that the Iraqi Private Banks Association supports the monetary policy measures taken by the Central Bank, which aim to revitalize the economy through the lending initiative represented by 5 trillion dinars to support large industrial, agricultural and real estate projects in addition to the 1 trillion dinars initiative.
To support small and medium industrial and agricultural projects, which will contribute to supporting the local product and creating factories that can attract the unemployed, as well as his recently announced 3 trillion dinars initiative to support the residential sector, which will include non-employees in the public sector.
The Association of Private Banks confirmed that the economy has reached a very difficult stage, represented by the erosion of oil revenues, and its spending on salaries in addition to the government borrowing huge sums of money to support the operating budget, without creating real economic development, and the country’s dependence of a very large percentage on imports, which required taking important measures.
To support the Iraqi productive sectors to confront the commodity dumping carried out by some countries, especially since the economy has become unable to attract people who are able to work in its public and private sectors.