Bloomberg: Al-Kazemi awaits the worst in the Iraqi economy

Bloomberg: Al-Kazemi awaits the worst in the Iraqi economy 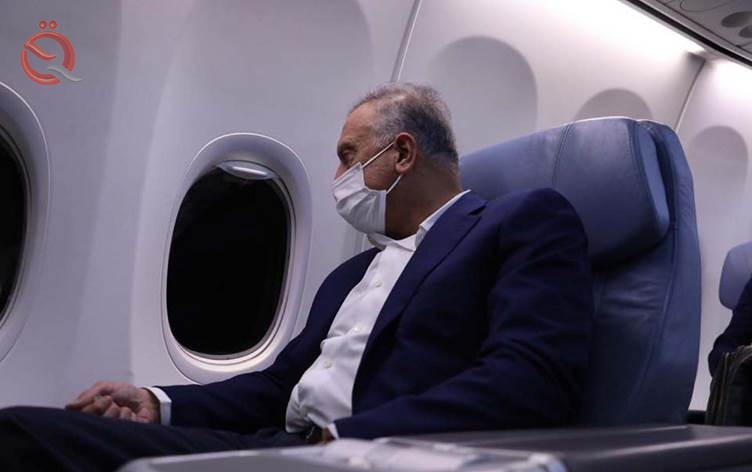 The US Bloomberg website confirmed that Prime Minister Mustafa Al-Kazemi is waiting for the worst economically, due to the inability of oil to maintain its prices as US President Joe Biden eased sanctions on Iran.

Economics News publishes the transcript of what Bloomberg wrote:

The outrage over President Donald Trump's decision to pardon four American mercenaries who killed 17 people in Baghdad may bring an exceptional form of relief to Prime Minister Mustafa Al-Kazemi and the Iraqi political elite during at least the current news cycle; People will direct their anger at Trump, not at them .

But the humiliation and injustice stemming from the amnesty of Blackwater security guards will not distract Iraqis much from the wounds and humiliations they inflicted on their leaders, and the minds that will remember the horrific Nisour Square massacre in the fall of 2007 will soon return to the grim reality today, and the bleak outlook for next year. .

A warning came about the windy winds coming towards them at the end of last week, when the government reduced the Iraqi dinar by about 20% against the dollar, and thus the government will be able to economize more dinars from its dollar-denominated petroleum exports, which finance 90% of government expenditures. Al-Kazemi defended the devaluation - the first since the US-led invasion in 2003 - saying it was a "preemptive step" "to control inflation. But most Iraqis today face a high cost of living, because most of what they consume, including basic food items, is imported in dollars .

Moreover, there was some dismal news in the draft 2021 budget that was approved by the Kazemi Council of Ministers this week, and Parliament is awaiting passage. The proposal will attract the most attention with a new income tax for middle- and high-class public sector employees. The prime minister sought to ease the matter by reducing his private salary by 40%, and the wages of ministers and members of parliament by 30%. But this move is unlikely to moderate the reaction of the people, who view the entire political class as irreparably corrupt .

Employees in the public sector face a triple blow: a government is struggling to pay their wages, has reduced their income, and for middle- and high-class workers it suggests keeping 15% of it as taxes. And do not forget that the state is the largest employer in the state, with about 4 million employees, 3 million retirees, and another million receiving social security assistance .

Growing anger in the public sector has already taken to the square, which has been filled with anti-government banners for more than a year. Early this month, security forces shot government employees demanding their wages in the northern Kurdish region, killing at least seven people. Protesters set fire to government offices and political party headquarters. The leadership in Baghdad is preparing for more of these fires across the country. Most of the anger will be directed at the prime minister at a time when he needs street support for vital economic reform plans. Being responsible without a large political base, he does not expect much solidarity from the Iraqi political parties that rely on control of ministers and government agencies to maintain patronage networks .

Perhaps the worst has yet to come for Al-Kazemi, who is to see oil prices continue to decline amid fears that new strains of the Coronavirus will prolong the economic pain resulting from the epidemic. And Iraq's 2021 budget assumes that oil will be at $ 42 a barrel. Even if the effects of the epidemic are excluded; That price might prove difficult to sustain if President-elect Joe Biden eases sanctions on Iran, which will allow it to boost oil exports next year .

In light of its heavy dependence on oil exports to obtain revenues, and the restrictions resulting from OPEC production cuts that prevent it from exporting further; Iraq is already feeling the pressure of lower prices, and the government is desperately trying to get down payments for long-term contracts. So far, only the Chinese company, ZhenHua Oil , has approved the game, and sealed a $ 2 billion deal .

This deal will not save the damage to the Iraqi economy, as the International Monetary Fund expects that it will shrink by 12% this year, and that the budget deficit will reach 22% of GDP. The United Nations expects that the poverty rate in Iraq will double to 40 %.

In light of the expected political turmoil, what can be said about the outlook for 2021 are the worst. And starting January 21, there will be no "Trump" to offer Kazemi the distraction that people pours out of their anger on .

Similar topics
» Study: Iraq awaits worst during 2020
» On the expectations of the Iraqi economy’s decline ... Al-Kazemi’s advisor talks about solutions
» Abdul-Mahdi: I will lift the parliament request for my resignation
» Al-Kazemi: We have worked tirelessly to prepare a comprehensive reform paper to revive the Iraqi economy and activate the industrial and agricultural sectors
» Bloomberg: Iraq turns to Saudi Arabia and the International Monetary Fund to treat its ailing economy