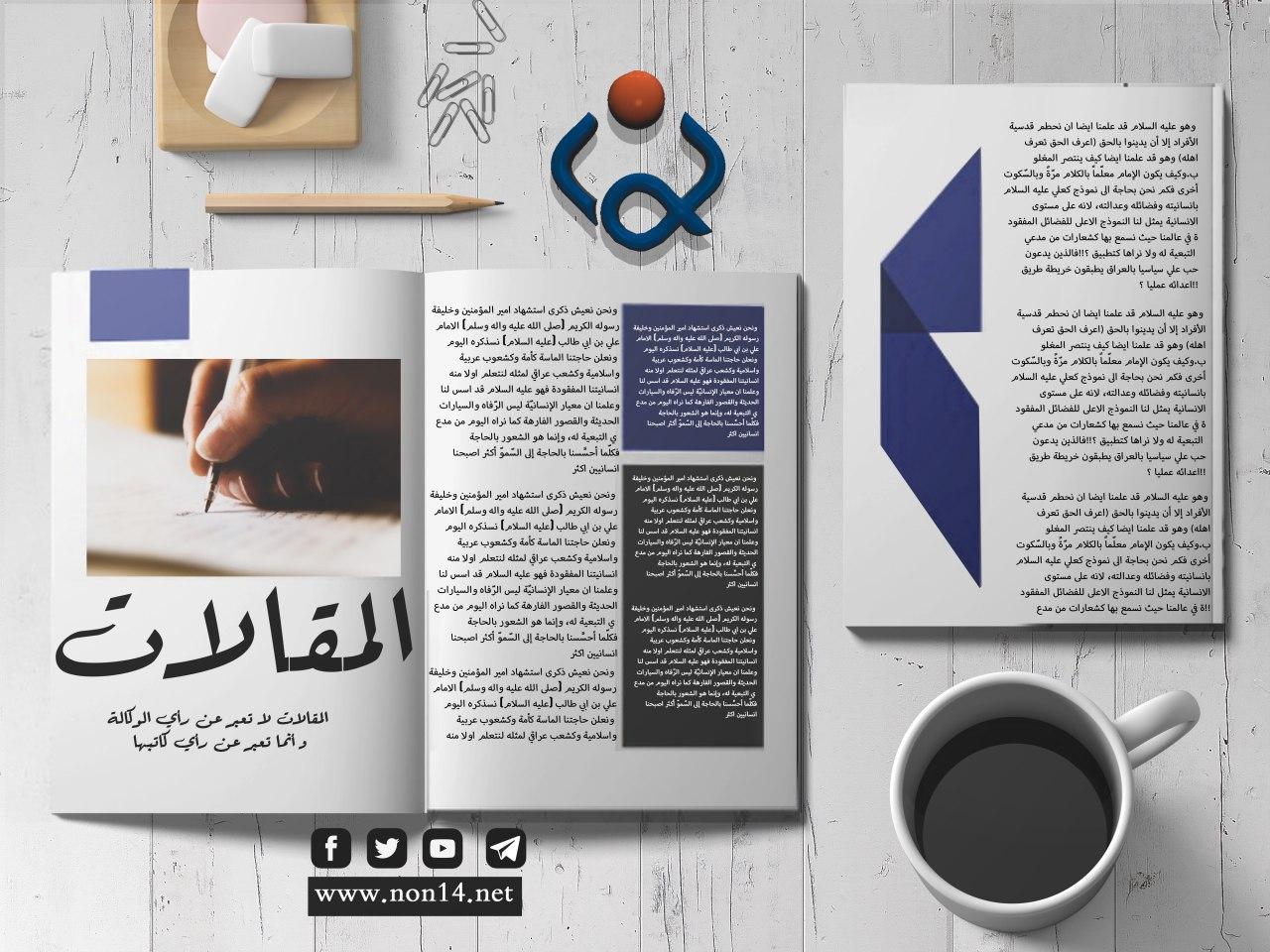 Written by: Qassem Al-Ajrash
For the purpose of approaching any problem, and then trying to solve it, it is necessary to begin by describing it in a realistic and accurate manner, determining its size, anticipating the ceiling of its development, probing its temporal ranges, its potential effects, and its societal regressions, and after that it is confronted with appropriate tools, and appropriate people are assigned to the confrontation, so that the treatments come smoothly. Realistic, not on the way the Iraqi state is facing the current complex crisis ...!
The state, with its legislative, executive, judicial and presidential elements, and with it the confused Iraqi media, did not reach the nature of the complex problem in which we found ourselves, so all the elements approached it, confused, confused and random.
actually; And because of the exacerbations of our complex crisis, the economic and social conditions in Iraq seem to go towards more complexity, so that difficult questions about the future of stability in the country have become proliferating, searching for those who understand them simply by understanding, after we despair of having someone to answer them!
We have not heard from the Central Bank and the Ministry of Finance so far, what is the size of the monetary mass in circulation, and what is the amount of sums deposited in government banks, and the same in private banks, and the same in banks in the Kurdistan region By citizens and companies, to clarify the size of the saved sums; By citizens in their places of residence..and on the basis of those numbers; Can we know the effects of the devaluation of the Iraqi dinar on the citizens.
Moreover, even the blue jin does not know the amount of money saved by citizens in Iraqi dinars, in their homes or outside banks, but the governor of the Central Bank cannot measure the size of the Iraqi monetary mass, and he also does not know the amount of foreign exchange, and in whose hands ?!
The sin of the apparatus that manages our financial and economic affairs is that it has over-borrowed without heartache, and the state has accumulated, due to the many factors we know, such as corruption, waste and mismanagement of expenditures, with billions of dollars of debt; Which these agencies cannot disclose, either because of the huge numbers, or because they do not know the size of the debt in the first place, and the Central Bank also played an important role in the growing volume of debt, by borrowing from banks at very high interest rates and lending to the government at much lower rates.
The calamity, which only a few have seen, is that the World Economic Bulletin, issued on 12/21/2020 in New York, revealed that the value of the Iraqi dinar was tampered with, and it was a major fraud by the Iraqi government, not to the global economy and global financial markets, that is. A role in reducing its market value, as it still maintains its value, which amounts to $ 100 = approximately 120,000 Iraqis, in all global financial markets.
The global bulletin said that the Iraqi dinar has not been devalued, and that what was issued by the Iraqi stock market lacks economic science and expertise.
Words before peace: We ended up with a very large stock of debt, which has become unsustainable, knowing that the problem of bad debts is that the creditors who lent money want to recover it, so we have to face reality, and accept that losses have occurred. Everyone accepts some concessions, until we find the most reasonable and acceptable solution.
Hello ..
http://non14.net/131809

Similar topics
» Allkash: Mahmoud submit his resignation and rejected by the Judicial Council fabrication to keep him in power
» Mnt Goat: "The FACT is the value is in the Iraq dinar already" (Is That A Fact? LOL) 8/13/21
» Mountain Goats daily fabrication
» Global Economic Reform Based on The Fabrication of Infrastructure and Money
» President of the Iraqi Economic Council: the voices of the connoisseur to know only the drowsiness and fabrication of the news

Page 1 of 1
Permissions in this forum:
You cannot reply to topics in this forum
Who is online?
In total there are 102 users online :: 0 Registered, 0 Hidden and 102 Guests :: 3 Bots