Iraqi demonstrations protesting the devaluation of the dinar

Iraqi demonstrations protesting the devaluation of the dinar 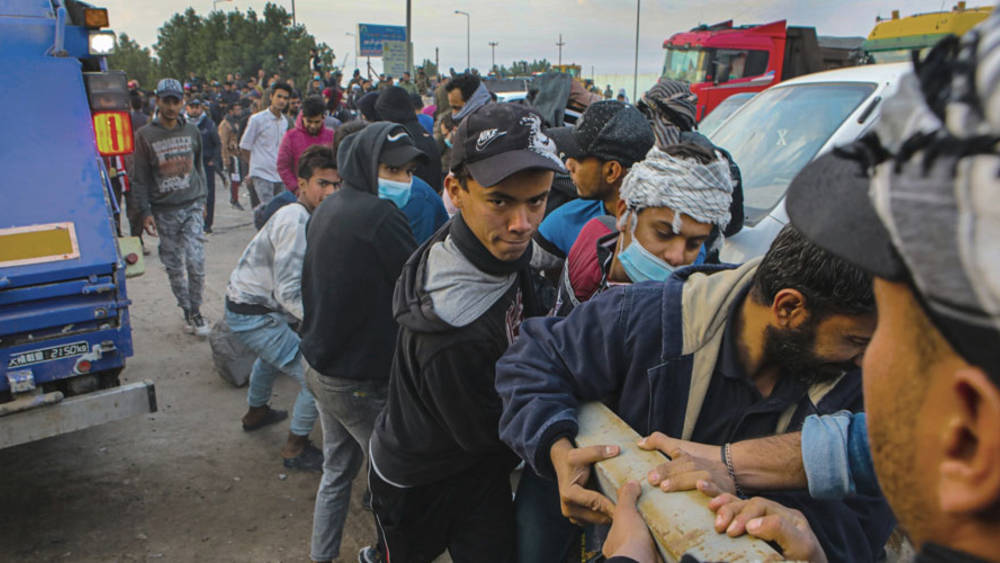 The Iraqi security forces deployed near the Ministry of Finance, yesterday, Wednesday, after demonstrations took place in front of the Ministry of Finance in Baghdad as well as in Basra to protest against the devaluation of the Iraqi dinar, raising the price of the dollar and deteriorating economic conditions, according to a security source, while an attack with an explosive device targeted an international coalition convoy in Babel, while an aide to the so-called governor of Iraq in the terrorist organization "ISIS" was killed, yesterday, Wednesday, during a security operation carried out by the anti-terrorist agency south of Kirkuk.

The security source said that «law enforcement forces deployed yesterday, within the Ministry of Finance in central Baghdad, after the launch of a demonstration near the headquarters of the ministry». The source added that «this came in protest against the rise in the exchange rates of the dollar against the Iraqi dinar».

On the other hand, a security source said, yesterday, Wednesday, that an explosive device targeted a convoy of the International Coalition on the highway towards Babel Governorate. The source said that "an explosive device that was placed on the Hawalli highway towards Babel, exploded targeting a logistical support convoy of the international coalition." The source, who asked not to be named, added that "the explosion resulted in damage to one of the wheels, but no injuries."

Meanwhile, the military spokesman, Major General Yahya Rasool, said in a statement, that “a special tactical force carried out a preemptive duty by helicopters in Wadi Al-Shay, resulting in the killing of two terrorist suicide bombers from the remnants of ISIS elements after a clash with them inside their den, and one of these two elements is the aide The first of what is known as the governor of Iraq, nicknamed (Shaalan) ». Rasul stated, "The agency's employees were able to arrest two terrorist operatives in Abu Ghraib district, after reaching them based on accurate intelligence."

Page 1 of 1
Permissions in this forum:
You cannot reply to topics in this forum
Who is online?
In total there are 79 users online :: 2 Registered, 0 Hidden and 77 Guests :: 3 Bots