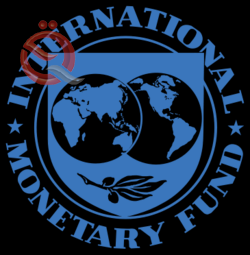 The Iraqi government, headed by Mustafa Al-Kazemi, began to implement the International Monetary Fund's prescription to address the financial crisis in the country, in which the government was unable to pay employees' salaries except after borrowing from the central bank and government banks, and weakening the value of the dinar against the dollar.
The government failed to stop corruption in the border crossings and to control unofficial outlets in the Kurdistan region and southern Iraq, as well as to subject the regional government to Baghdad’s economic control, by controlling oil and non-oil revenues. A thousand people.
The Iraqi economy has witnessed a recession since the beginning of the Corona virus until now, as a result of low oil prices, and the government recently reduced the value of the dinar and cut the salaries of employees and retirees by rates ranging from 3% to 40%, with the aim of reducing expenditures, and obligating the economy to loans of more than 27 trillion dinars.
The Iraqi market witnessed great confusion, after the decision to reduce the value of the dinar by the government, and prices rose by more than 30% in addition to the absence of government control.
The head of the Baghdad Chamber of Commerce, Firas Al-Hamdani, told Al-Iqtisad News that the decision to reduce the value of the dinar is wrong from the government, and will lead to serious damage to the economy, indicating that Iraqi merchants organized an open sit-in demanding the government to retract its decision.
He stressed that these ill-considered decisions by the government will lead to high rates of unemployment and poverty, in addition to a decline in the purchasing power of citizens.
Al-Kazemi's government considers that it is the reform government that has begun to put its approach into the 2021 budget, as Finance Minister Ali Allawi aims to reduce the salaries of employees, because they receive 120% of the fiscal budget revenues.
The head of the border crossings, Omar Al-Waeli, acknowledged the existence of corruption in the border crossings, and confirmed that the automation procedures are now working in all of the border crossings.
Al-Waeli said, Humans are still working at the border crossings. I am not certain that corruption has ended, pointing out that corruption is rooted in the border crossings before 2003 and until now, but there is a will to eradicate it.
He noted that anti-corruption measures are represented in changing personnel at border crossings, applying technology, and activating the intelligence effort, noting that some armed groups storm the border crossings, to take out cars.
Meanwhile, a member of the Finance Committee, Jamal Cougar, told "Al-Iqtisad News" that the Iraqi government discussed with the International Monetary Fund and the World Bank to address the financial crisis, indicating that the International Monetary Fund and the World Bank put forward a vision to change the dollar exchange rate.