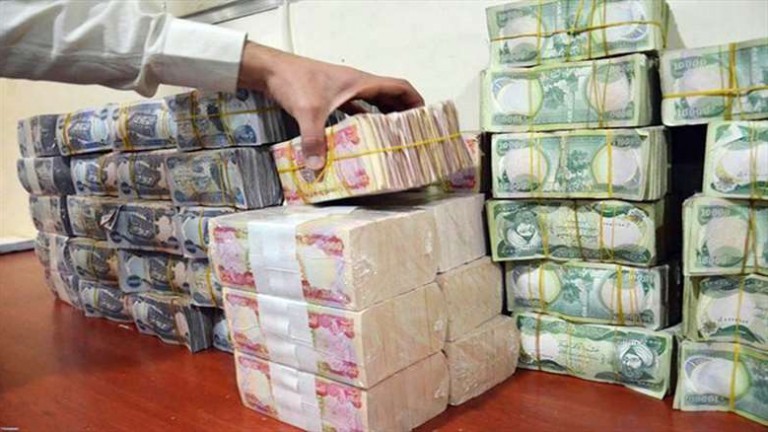 Shafaq News / The Iraqi Prime Minister, Mustafa Al-Kadhimi held a press conference on Monday following a special session of the Cabinet in which the budget of 2021 was approved.

Al-Kadhimi said, "The Green Zone rockets attack is a terrorist act, and we will not accept any attack on diplomatic missions in Iraq."

He added, "in this regard, we have arrested suspects, and officials of security forces."

In another context, he said that the 2021 fiscal budget will not affect all the employees’ salaries, but rather only the senior ones.

The PM said that all the political blocs agreed to the budget.

A table attached to the budget showed details about the taxes imposed on officials and senior employees in the Iraqi state.

"The revenue of the exchange rate will be allocated to support vulnerable groups in society," he added, noting that "the budget is the first step in the economic reform."

The bill stated the export price of a barrel of oil at $ 42, at an export rate of 3,250 million barrels, including 250 thousand barrels of crude oil produced in the Kurdistan Region. And the exchange rate of the dinar at 1450 per dollar.

Similar topics
» The Central Bank circulates a book requesting the seizure of movable and immovable money for 9 personalities
» Political: Iraq's regional and international moves will restore political and economic strength
» Iraq is facilitated by the Political Declaration of the Economic and Social Council and the High Level Political Forum
» Economic Committee Member: political differences had a negative effect on the economic situation in the country
» Abdul-Mahdi: I will lift the parliament request for my resignation