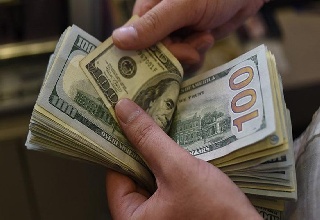 A member of the Parliamentary Finance Committee, Abd al-Hadi al-Saadawi, said that the salaries of state employees are a red line, and the House of Representatives will not be allowed to prejudice them or deduct from employees' allocations during the vote on the budget for next year 2021 .

Al-Saadawi pointed to the possibility of resorting to deduction from the salaries and allowances of those with special grades only "from managers two years or more."
And he considered that there is no objection to imposing an income tax on employees, as it is a matter in force in all countries of the world, but deduction at rates ranging from Parliament will have another opinion, especially since there is a change in the exchange rate of the dinar against the dollar and the corresponding increase in prices in addition to the taxes and fees imposed on citizens constitute a burden It is illogical for citizens to add another burden to them by deducting the salaries of employees .

Most users ever online was 2065 on Mon Apr 09, 2012 6:34 pm
Latest topics
» Al-Kazemi acknowledges the "complicated" situation in Iraq and calls for a new page to be opened

Yesterday at 7:24 pm by kenlej