Foreign Minister: We thank the Danish government for the imminent opening of its embassy in Baghdad and the strengthening of its diplomatic representation at the ambassadorial level

Foreign Minister: We thank the Danish government for the imminent opening of its embassy in Baghdad and the strengthening of its diplomatic representation at the ambassadorial level

[size=34]Foreign Minister: We thank the Danish government for the imminent opening of its embassy in Baghdad and the strengthening of its diplomatic representation at the ambassadorial level[/size] 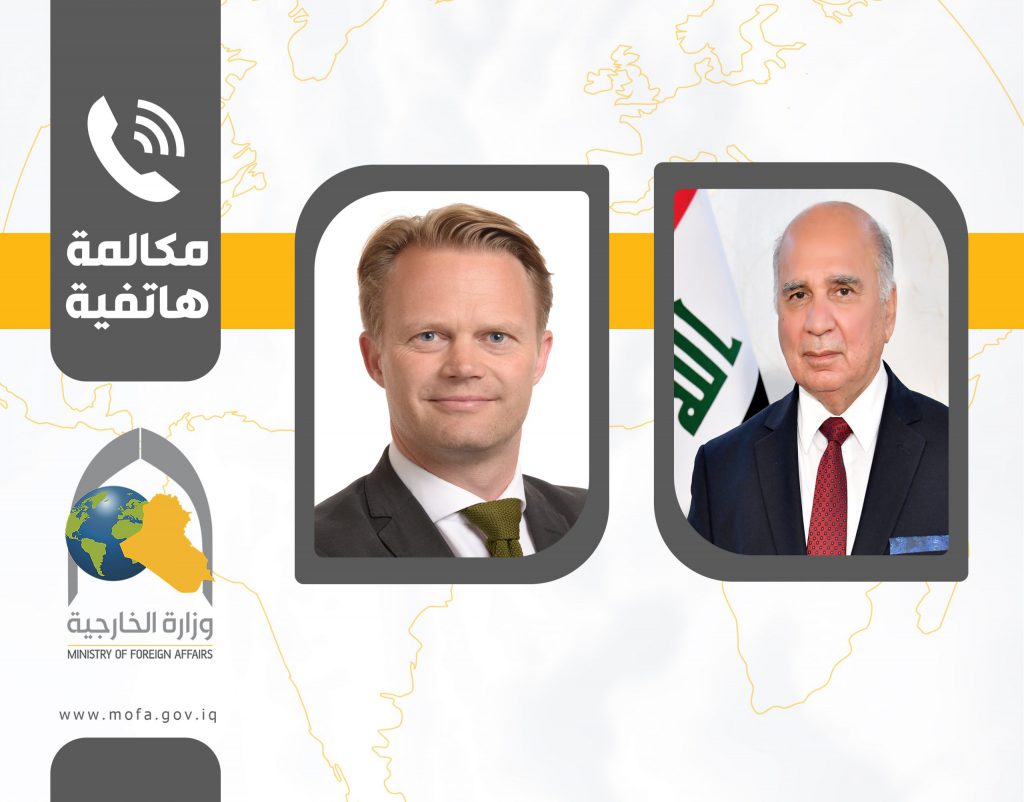 Foreign Minister Fuad Hussein received a phone call from the pocket of the Danish Foreign Minister Kofud, and the two sides discussed developments in bilateral relations between the two countries and advancing them in all fields, especially the economic and commercial ones.

They also discussed a number of regional and international issues of common interest, and the importance of continuing efforts to stabilize stability, and the Minister thanked the Danish government for the imminent opening of its embassy in Baghdad after its ambassador was named. To the importance of continuing support until the ideology that produced this terrorist gang is eliminated.

Stressing that Iraq rejects the conflict spreading to its lands, or turning it into an arena for disputes.

Mr. Kofud expressed his country's support for Iraq and its keenness to consolidate bilateral relations.