Bilateral relations and the stability of the security situation in Baghdad are two topics that were discussed during a call the Foreign Minister received from his Canadian counterpart.

Bilateral relations and the stability of the security situation in Baghdad are two topics that were discussed during a call the Foreign Minister received from his Canadian counterpart.

[size=34]Bilateral relations and the stability of the security situation in Baghdad are two topics that were discussed during a call the Foreign Minister received from his Canadian counterpart.[/size] 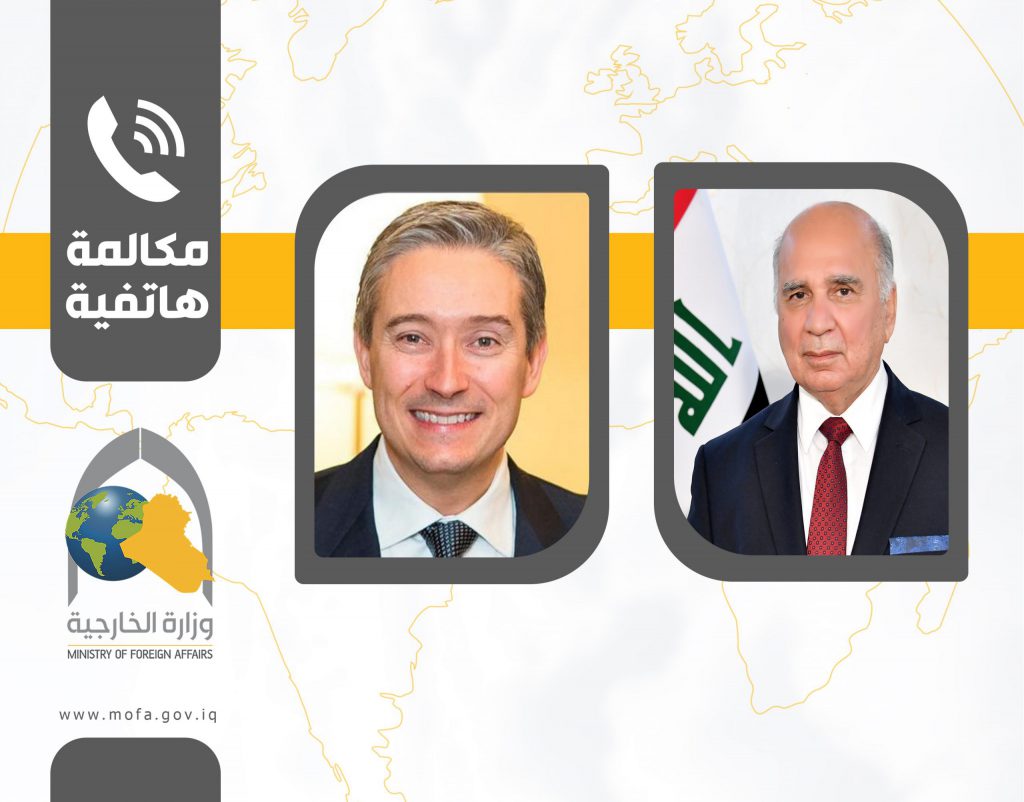 The Minister stressed the importance of achieving partnership between Iraq and Canada, and continuing cooperation in various fields.

Noting that the government is making great efforts in this area.

The minister also reviewed the economic reform priorities that the Iraqi government intends to implement during the next phase, noting the most important challenges facing Iraq and the region.

Mr. Philip expressed his support for the government and people of Iraq in facing various challenges, stressing that his country stood by the Iraqis in the war against the terrorist organization ISIS, and stands with them in stabilizing the economy, building the economy, and preserving sovereignty.