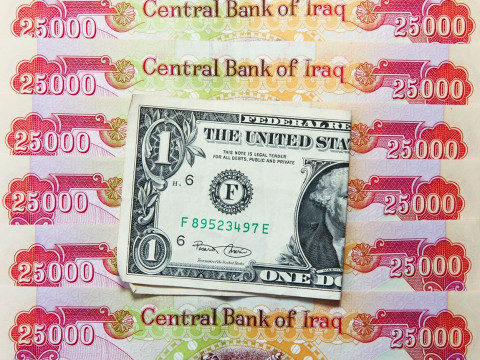 Written by: Lance Morshed
Parliament declares that it is an organized government plan to reduce the fiscal deficit and achieve abundant revenues.

Some citizens believe that the reason is political, with the aim of creating profits to support the electoral campaigns of political parties.

The local market and some specialists explain that this rise in the dollar’s ​​price quickly is caused by rumors circulating about the central bank’s endeavor to stabilize the dollar’s ​​price at 130,000 dinars per 100 dollars.
As for Parliament, his statements, which he made yesterday, are very dangerous and call into question the independence of the Central Bank.

Any questioning of the independence of the Central Bank will negatively affect the achievement of price stability, and the enhancement of transparency and accountability.

This type of statement should not be neglected and left without an official response by the central bank, and as a result of its neglect, it will be very bad. It will create mistrust between the street and the central bank, which will negatively affect government and private banks, which are also suffering from a negative outlook.
I cite here the word of Mrs. Janet Yellen, former Federal Reserve Chairman, when she said that “Central banks sometimes have to do unpopular things on the spot for the health of the economy.


We have, in fact, seen terrible economic results in countries whose central banks are subject to political pressure.”
And if the issue is due to rumors or any other unknown reason, the Central Bank should quickly disclose information and facts and open up to the media, to address the spread of rumors and limit them, because the rumors have negative repercussions on various sectors and groups of society, especially economic and financial.
The lack of sufficient understanding of government decisions and the role and importance of the central bank is a major reason for the spread of rumors.
The government and the independent authorities deal with rumors as a "response", and they have no real plan to eliminate the rumor from its source by using educational methods that eliminate economic and political ignorance.