Head of Baghdad Chamber of Commerce: The government did not consult us in preparing the White Paper

Head of Baghdad Chamber of Commerce: The government did not consult us in preparing the White Paper

[size=36]Head of Baghdad Chamber of Commerce: The government did not consult us in preparing the White Paper[/size] 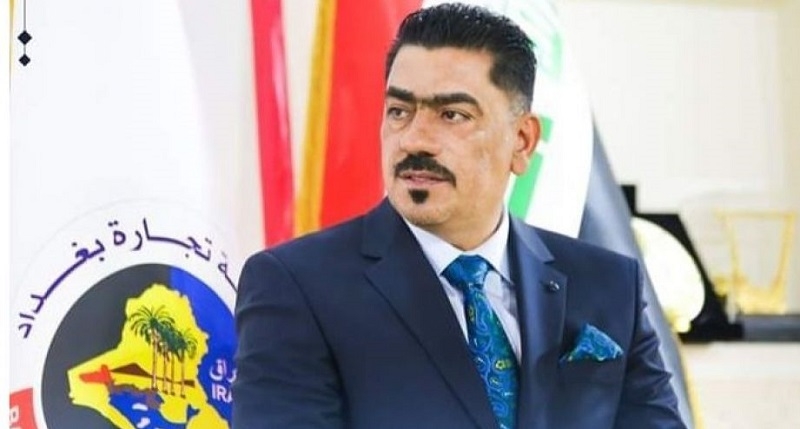 The head of the Baghdad Chamber of Commerce, Firas al-Hamdani, on Friday (December 11, 2020) described the banking system in Iraq as "sick", while noting that the Iraqi government prepared the "white" reform paper, without referring to the Chamber of Commerce representatives.

Al-Hamdani said in an interview with the "Rudaw" media network: "Since we started our new journey in the Baghdad Chamber of Commerce and a new structural mechanism for managing the Iraqi economy through the Baghdad Chamber of Commerce, many meetings, conferences and seminars have been held. There is a real study that will be submitted to Prime Minister Mustafa. Al-Kazemi and officials in the Iraqi government, in order to reconsider drawing a new policy in the Iraqi economy.

He added, "The Iraqi government is required to be the endeavor and supporter of the Iraqi private sector, and to provide a real opportunity for Iraqi businessmen and foreign investors to draw up a new economic policy, and to get out of the socialist economy and work with the real free economy, not the formal one . "

He stressed that "there will be a real building for the Iraqi economy, by establishing real industrial and investment projects in the country, and compensating them by bringing a new currency to the Iraqi citizen .  "

As for whether the government is behind the high exchange rate of the dollar in order to secure salaries, he said: "This is indeed what the Iraqi government is working on, but this procedure is not harmful to the Iraqi citizen, and in my opinion the float must be available and present to protect the Iraqi economy from the stifling economic crisis." That he is currently going through . "

He believed that "the banking system in Iraq is sick, and the governor of the Central Bank of Iraq must take new and serious steps and go to the Iraqi reality, in which the citizen lives in order to develop and harness all the energies of the central bank for the sake of developing the Iraqi economy . "

He continued: "There is no weakness in trade between Iraqi provinces, but rather red tape and bureaucracy of some of the controls located at the entrances and exits of the provinces. The Baghdad Chamber of Commerce has committed itself to be the sponsor and approach of the Kurdistan region in establishing an economic forum in the next few days (Iraqi - Iraqi) between The manufacturer is in the Kurdistan region and the marketer in the capital, Baghdad, and this is a new opportunity to meet the manufacturer with the Iraqi - Iraqi merchant .

Al-Hamdani concluded by noting that "until now the government has not taken our views on, and the white paper has been prepared for reform without referring to the representatives of the Iraqi chambers of commerce, the Baghdad Chamber of Commerce, and the Federation of Chambers of Commerce, but we are sending some amendments and views on this document, which is considered the true constitution." For the Iraqi economy. "