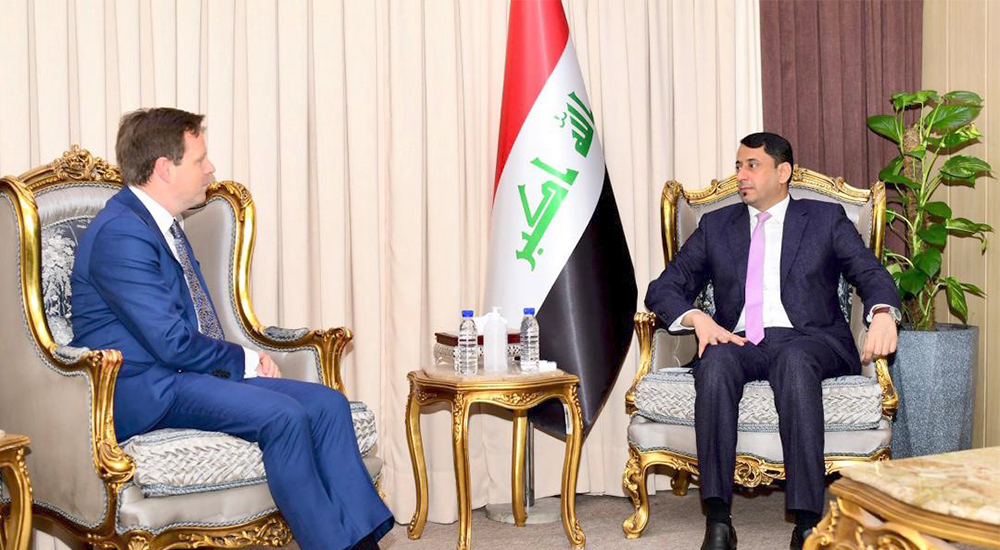 The Secretary General of the Council of Ministers, Mr. Hamid Naeem Al-Ghazi, received the United Kingdom Ambassador to Baghdad, Mr. Stephen Hickey and his accompanying delegation .

The Secretary-General of the Council of Ministers affirmed the Iraqi government's interest in consolidating relations between Baghdad and London in the economic and commercial fields and exchanging security information in combating organized crime .

He pointed out that the Iraqi government has assigned a government team to follow up the outcomes of the Iraqi delegation’s visit to London recently, after a team of relevant authorities was formed to prepare a special draft of bilateral memoranda of understanding in the fields of economy and trade, as well as the possibility of supporting the Ministry of Health’s effort to confront the Corona pandemic .

The British ambassador expressed the UK's readiness to provide advice and support in the field of combating terrorism and organized crime, and that it is ready to provide all capabilities for political and security stability in Iraq, as well as to expedite the provision of vaccines for Coronavirus .

General Secretariat for the Council of Ministers
9 / December / 2020