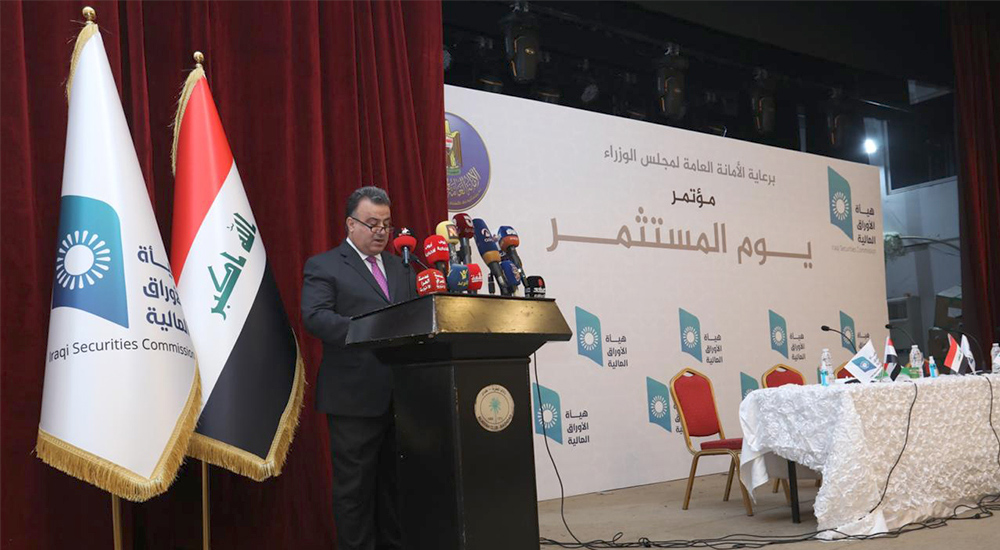 Today, Wednesday, the work of the (Investor's Day) conference started in Baghdad, which was held by the Iraqi Securities Commission under the auspices of the General Secretariat of the Council of Ministers .

During his opening speech at the conference, which was attended by the Minister of Youth and Sports and a number of investors and experts in this field, the government worked and is working, despite all the difficult circumstances that accompanied the previous and current governments, to enhance the environment attracting capital, by issuing a package of decisions and instructions that contributed to facilitating the work of projects Investment and investors,  in line with what was presented by the Prime Minister in his government program and his serious vision in providing full support to investors in order to complete their projects according to the established timetables.

He also stressed in all his discussions the importance of activating the investment sector and improving its environment and overcoming all investor problems, challenges and obstacles to expand the surroundings Good for foreign investors .

God bless him to the continuation of the General Secretariat of the Council of Ministers, in coordination with the Securities Commission and with various parties concerned in this matter, based on the government's belief in supporting the private sector and investment, as it has an impact on improving the economic reality and reducing unemployment rates among youth .

The Chairman of the Securities Commission, Mr. Faisal Al-Heimas revealed the Commission’s efforts to launch the custodian system in Iraq during the next year, pointing to the need to diversify financial instruments and provide protection for investors in a way that serves the national economy and encourages capital building in addition to the country's need to stimulate trading in securities And the establishment of new joint stock companies .

General Secretariat for the Council of Ministers
9 / December / 2020