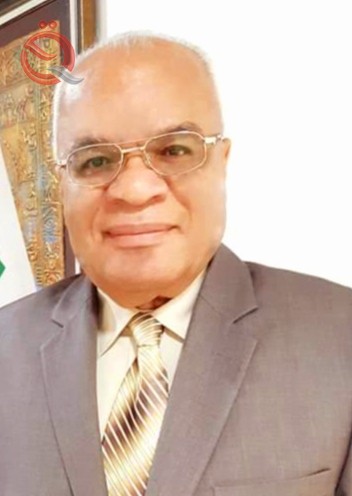 * Samir Al-Nasiri
The new round of meetings of the Iraqi-Saudi Coordination Council, which was held in Baghdad, is an important step in the right direction for Iraq to return to its Arab work and openness to building solid cooperation relations in the economic, development and investment fields that are balanced with brotherly and friendly countries, in particular with the countries of the geographical region in which the Arab depth is formed. Iraq has the foundation, essence, and the true incubator for the development and reform of the national economy, and to benefit from the economic and investment capabilities in Saudi Arabia.
The large and high-level Saudi delegation, which consists of government officials, businessmen and investors, is a sure evidence of the new foreign relations strategy that Iraq has adopted since 2017, and the first of these relations was the emergence of the Coordination Council with the Saudi side and held its first meeting in November 2017 in Saudi Arabia.
In the years 2018 and 2019, however, the political conditions and the Corona pandemic were the main reason for stopping joint efforts to maintain relations continuously, and the activation and revival of previous agreements came and the opening of the Arar border crossing with Saudi Arabia and the inter-trade exchange.
The visit of the Saudi delegation is an affirmation of the depth of relations and the two parties ’insistence on activating and strengthening Iraqi, Saudi and Gulf relations in all fields, particularly cooperation and communication, and starting to draw a road map for investment and banking relations between them, especially in foreign banking transactions, and stimulating and encouraging investment companies to invest in Iraq, which will lead to strengthening the fields. Financing and investment for reconstruction projects in liberated cities.
The Iraqi economy is currently going through an important transitional phase and suffers from a stifling economic and financial crisis. It is in dire need of cooperation between Saudi Arabia and the Gulf states in overcoming it.
What concerns us here is the future of international economic, financial, development and banking relations in general and with the Arab Gulf states in particular and some Arab countries with an effective economic depth and extension The bridges of the relationship with it in a way that serves to open new horizons for communication and exchange of benefits, encourage Arab investment in Iraq, develop banking infrastructure and technology, increase inter-bank transactions, and find new ways of cooperation with sober correspondent banks in those countries.
The visit of the Saudi delegation to Iraq these days, with the important participation of the Iraqi private sector, in particular the private banking sector and joint coordination for the purpose of actual direct implementation of what has been reached from the general lines of building and restoring the economic, financial and banking relations that have been cut for several decades.
We hope that an agreement will be reached on developing and opening broad horizons for cooperation in the economic, banking and investment fields, correcting previous paths and overcoming all obstacles that hinder the building of sound and sober relations.
With an emphasis on the need for joint banking cooperation with Saudi Arabia in all areas that enhance, activate and develop foreign banking transactions, encourage and stimulate investment, build capabilities, qualify and train Iraqi banking cadres, open branches of Saudi banks in Iraq and branches of Iraqi banks in Saudi Arabia, as well as establish banks with joint Saudi and Iraqi contributions.