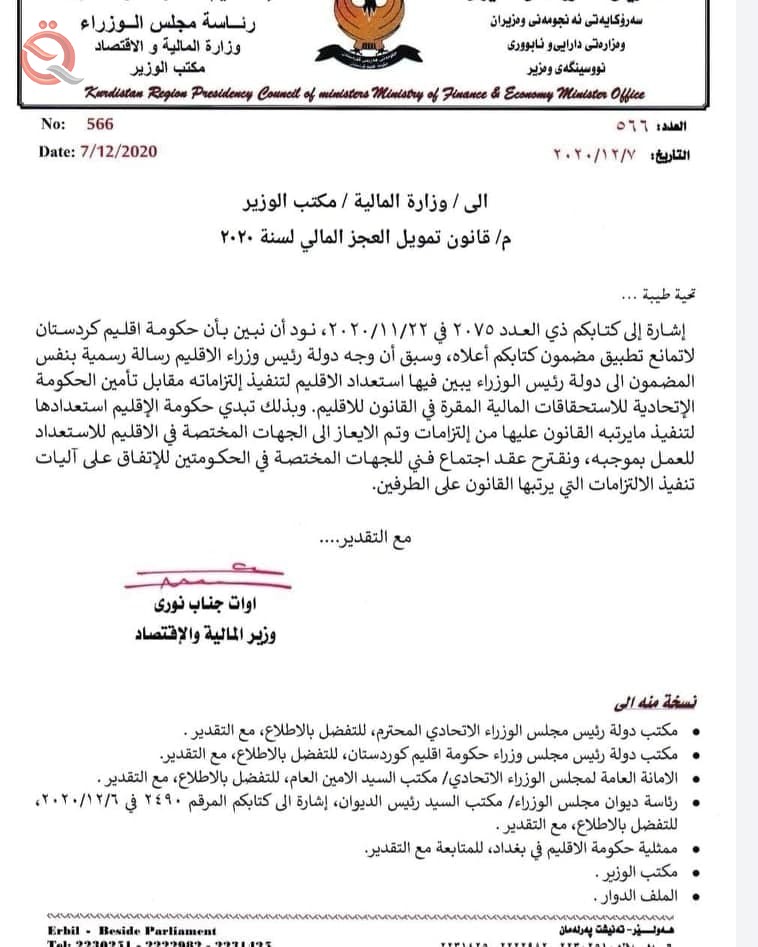 The Kurdistan Regional Government confirmed, on Tuesday, its agreement to deal with the fiscal deficit financing law that Parliament voted weeks ago.
"The government has expressed its agreement to deal with the content of the fiscal deficit financing law for the year 2020, despite our reservations about the method of voting," said the regional minister for Baghdad affairs, Khaled Shawani, in a statement seen by "Al-Iqtisad News."
He added: "The regional government has officially requested the federal government to hold a meeting between the competent authorities in the two governments to start the implementation of the law and implement the obligations required of the region."
He pointed out that "in this regard, we are awaiting the approval of the federal government to send the region's dues for the remainder of the current year, and to implement the required obligations."
The Federal Parliament had voted on a paragraph in the Fiscal Deficit Financing Act, which prevents the federal government from sending money to the region, except after its government has delivered the oil revenues and the proceeds of the border crossings.

Page 1 of 1
Permissions in this forum:
You cannot reply to topics in this forum
Who is online?
In total there are 68 users online :: 1 Registered, 0 Hidden and 67 Guests :: 2 Bots