Foreign Minister: Iraq builds its relations according to the principle of balance, activating common interests, and mutual respect ... the necessity for Gulf companies to play a role in the process of rebuilding Iraq by investing in the field of infrastru

Foreign Minister: Iraq builds its relations according to the principle of balance, activating common interests, and mutual respect ... the necessity for Gulf companies to play a role in the process of rebuilding Iraq by investing in the field of infrastru

[size=34]Foreign Minister: Iraq builds its relations according to the principle of balance, activating common interests, and mutual respect ... the necessity for Gulf companies to play a role in the process of rebuilding Iraq by investing in the field of infrastructure[/size] 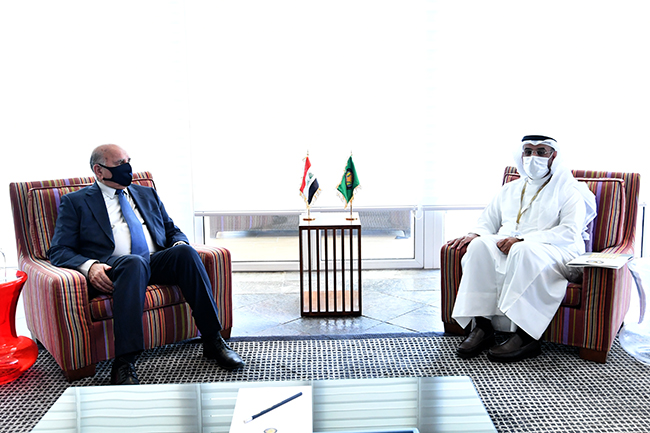 Foreign Minister Fuad Hussein praised the historical Iraqi-Kuwaiti relations, and the steady progress they are witnessing, saying that Kuwait and Saudi Arabia are the gates of Iraq to the Gulf, calling for the importance of creating a mechanism for joint action with the Cooperation Council in light of the presidency of the State of Kuwait, inviting Mr. Nayef Al-Hajraf to visit Baghdad In the context of activating relations, and bridging pathways of understanding between Iraq and the countries of the Gulf Cooperation Council.


And the Minister indicated that Iraq builds its relations according to the principle of balance, activating common interests, and mutual respect.


This came in a meeting between the Foreign Minister, Fuad Hussein, with Dr. Nayef Falah Al-Hajraf, Secretary-General of the Gulf Cooperation Council, on the sidelines of the Manama Dialogue 2020 conference for regional security.


The two sides touched on the viral pandemic and its health and economic effects, and the minister expressed his hope for a recovery in oil prices after the discovery of the vaccine and the start of vaccination, pointing to the need for Gulf companies to play a role in the reconstruction of Iraq by investing in the field of infrastructure.


Stressing the need to form a committee to follow up on the outcomes of the Kuwait Donors' Conference, and to coordinate with the World Bank.


For his part, Dr. Nayef Falah Mubarak Al-Hajraf affirmed the GCC’s interest in Iraq, and he had previously signed several memoranda of understanding, calling for keenness to maintain the volume of cooperation between the two sides, expressing his happiness at the escalation in Iraqi-Saudi relations and the growing volume of bilateral cooperation. He also expressed his praise. By the tripartite mechanism between Iraq, Jordan and Egypt.


He affirmed the council’s support for the sovereignty, stability, and territorial integrity of Iraq, and the fight against terrorism, noting: We will not hesitate to support Iraq, and these are essential elements in the Cooperation Council.


He explained: We have a framework for joint action with Iraq, and we have completed the financial measures to complete the link in the south.


He revealed that the water, food and commercial security between the two sides will be present in his visit to Iraq.


The two sides also discussed a number of regional and international issues of common interest, including: the tension between Tehran and Washington, and its repercussions on the region. 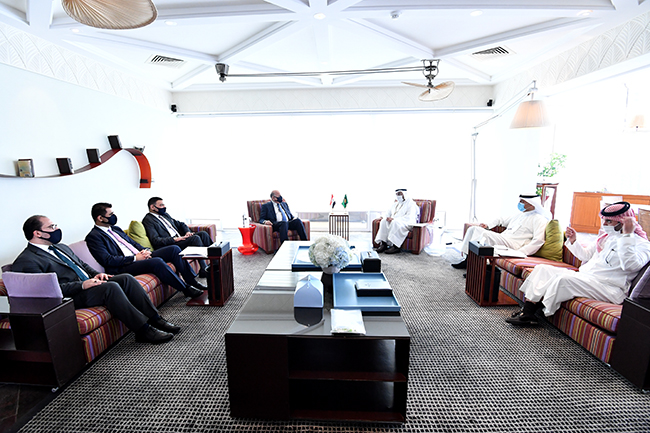 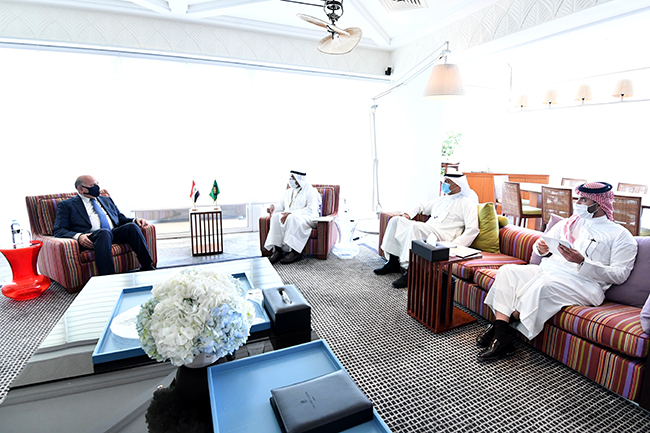 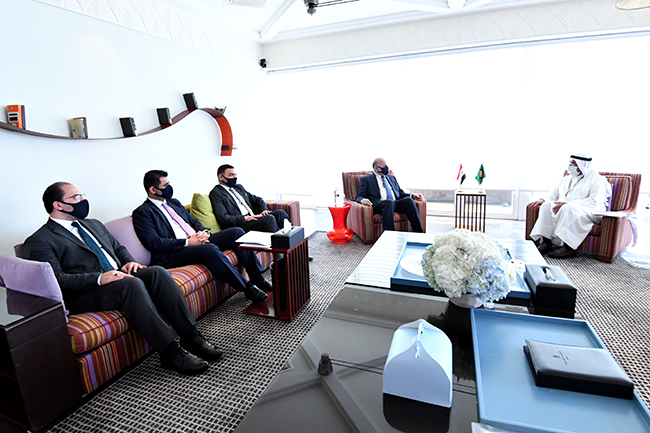 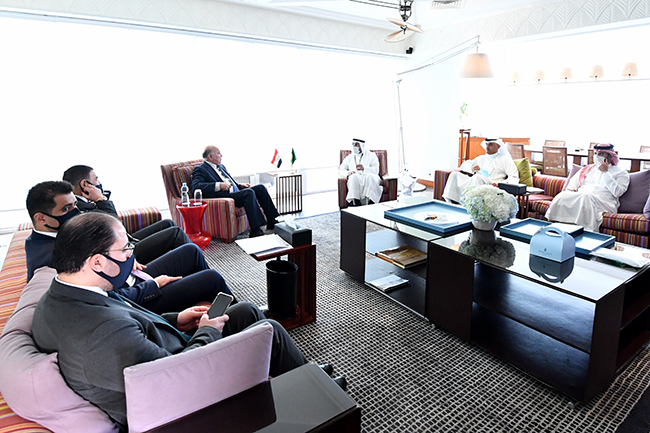 Similar topics
» An American-Iraqi strategic dialogue: a matter of interests and expectations
» Minister of Foreign Affairs: The necessity of activating the mechanisms of joint action with the Gulf Cooperation Council
» Al-Haddad: Iraq is keen to play a positive and permanent role in the region, and seeks to establish strategic partnerships and common interests with brothers and friends
» Kuwaiti Information Minister confirms the necessity of activating the media relations between Iraq and Kuwait
» Smith calls on Kuwait to "turn the page of the past" and the latter calls for facilities