A Saudi commercial delegation arrives in Baghdad on an official visit

A Saudi commercial delegation arrives in Baghdad on an official visit 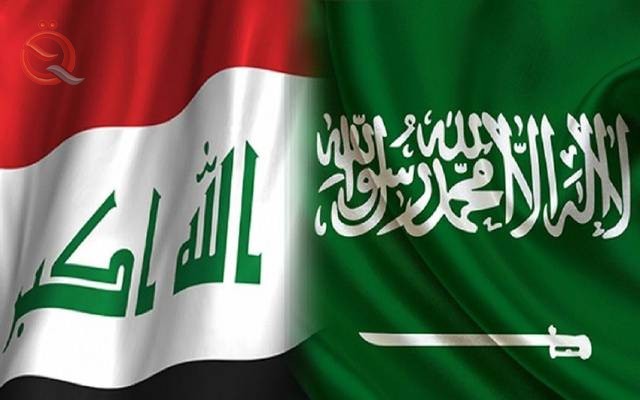 Economy News - Baghdad
On Monday, a Saudi commercial delegation arrived in the capital, Baghdad, on an official visit.
The spokesman for the General Secretariat of the Council of Ministers, Haider Majeed, said in a statement followed by "Al-Eqtisad News", that "the Saudi delegation is headed by Minister of Trade Majid bin Abdullah Al-Qasabi, and includes in its membership representatives from ministries, institutions and government sectors, as well as a commercial and economic delegation that includes a number of commercial companies. Economic and investment. "
He added, "The minutes of the fourth session of the Iraqi-Saudi Council will be signed, as well as the memoranda of the Economic, Development, Investment, Experiment and Relief Committee."
Majeed indicated that "a forum for Iraqi - Saudi businessmen will be held on the sidelines of the visit," indicating that "the specialized committee will conduct a study of the sports city construction site provided by Saudi Arabia, and a visit to Basmajah city, to review the site."

The Minister of Planning, Prof. Dr. Khaled Battal Al-Najm, accompanied by the Secretary-General of the Council of Ministers, Hamid Al-Ghazi, received the Saudi delegation headed by the Minister of Trade, Majid Al-Qasabi, who arrived at Baghdad International Airport, Monday morning, within the framework of the fourth session of the Iraqi Coordination Council. Saudi joint witnessed in the capital, Baghdad.
It is worth noting that the Minister of Planning chairs the Economic, Investment, Development and Relief Committee on the Iraqi side, which held a series of meetings and sessions, which resulted in signing agreements, memoranda of understanding, and minutes of joint cooperation in many fields.

During the meetings of the Iraqi-Saudi Economic, Investment and Development Committee that Baghdad witnessed today .. Signing of agreements and memoranda of understanding and implementing a number of projects in various fields.

During the meetings of the Iraqi-Saudi Economic, Investment and Development Committee that Baghdad witnessed today .. Signing of agreements and memoranda of understanding and implementing a number of projects in various fields.

The Minister of Planning, Prof. Dr. Khaled Battal Al-Najm, chaired the work of the Economic, Investment, Trade, Development and Relief Committee, within the work of the Joint Iraqi-Saudi Coordination Council, whose work began on Monday in Baghdad, in the presence of a high-level Saudi delegation, headed by the Minister of Commerce, Majed Al-Qasabi .
At the beginning of the session, which was attended by a number of ministers and representatives of the relevant authorities, the Minister welcomed the guest delegation, appreciating the level of cooperation and the level of bilateral relations between the two countries, indicating that the next phase will witness more cooperation in various fields.
During the meeting, a number of issues and files of common interest were discussed and discussed, including the agreement to protect investments between Iraq and the Kingdom of Saudi Arabia, increase the volume of trade exchange between the two countries, review the investment opportunities available in Iraq, and the possibility of Saudi companies entering to invest in Iraq.
The two sides also discussed the details of the projects that will be funded from the Saudi loan.
To that, the meeting witnessed the signing of an agreement to establish grain silos in the Diwaniyah governorate, at an amount of $ 25 million. To support the private sector, provide job opportunities, in addition to signing an agreement to establish Saqlawiyah Hospital worth $ 15 million. To provide medical and health services to the people of Anbar Governorate.
The two parties also signed the minutes of the Islamic and Cultural Committee and the fourth session of the Iraqi-Saudi Joint Coordinating Council
For his part, the Director General of the International Cooperation Department at the Ministry of Planning, Dr. Saher Abdul-Kazim, in a speech during the evening session of the Committee, reviewed the development projects in Iraq and the requirements for their completion, according to the investment plan of the ministry.