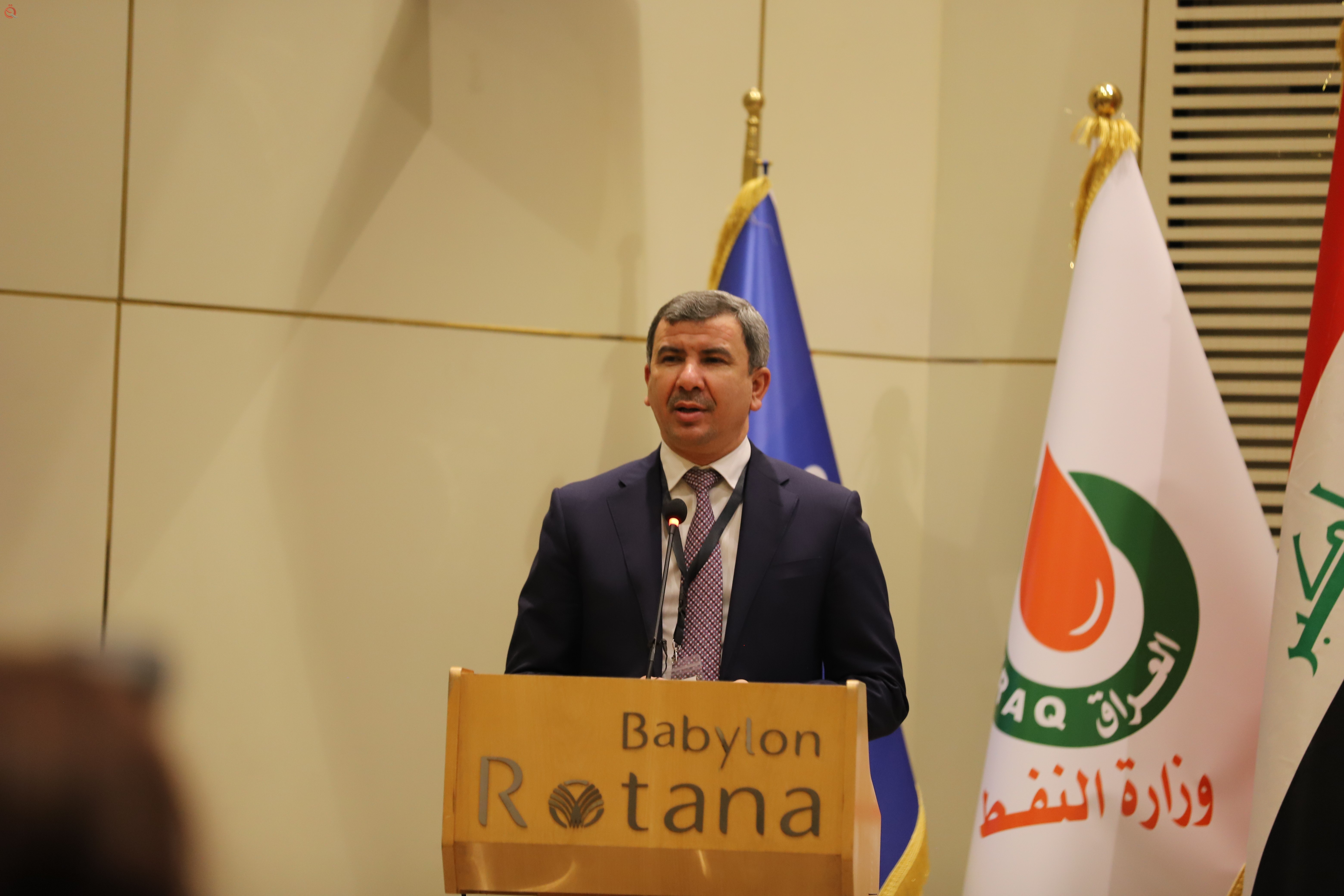 Economy News - Baghdad
On Sunday, Oil Minister Ihsan Abdul-Jabbar announced that the state’s policy is to support and invest in the gas sector, indicating that Iraq for the first time will export three types of oil.
The oil minister said during the oil and gas conference attended by "Al-Eqtisad News", that "oil prices began to recover after reaching 49 dollars per barrel," confirming the adoption of the price of 42 dollars per barrel in the budget next year.
He added, "There is a delay in the field of Akkas and Mansouriya, and we will try to build modern infrastructure for the advancement of these fields and restore them to work properly," noting that there is a real discussion with Shafronak regarding the fields of Nasiriyah.
He pointed out that discussion had been opened with major international companies working in the field of gas to work on investing in oil fields, noting that "Iraq for the first time will export three types of oil."
Abdul-Jabbar said that "the overlapping powers hinder the launch of the fifth licensing round," indicating that the state's policy is to support and invest in the gas sector.
He stressed that "it is not in Iraq's interest to increase the quantities produced, but rather to increase prices. Therefore, the recent OPEC + agreement, which came within the second phase, will increase only 500 thousand barrels per day for all producers, and Iraq will take a small share of it."
He added, "The aim of all OPEC meetings is to control the price from the deviation of oil prices, which are very sensitive and there is no reassurance for the period of vaccine distribution. Therefore, what is happening in the price of oil is good, but it is very cautious."
He noted that "Iraq is committed to all OPEC decisions and what is issued from them," noting that "all these decisions are in the interest of Iraq, as Iraq is the second largest oil exporter in OPEC and its economy depends almost entirely on oil."

Similar topics
» Oil Minister: Region is committed to the export of oil and there is an increase in export and we will hand over the Ministry of Finance dues Arbil
» The Minister of Planning discusses with the Iranian ambassador the development and increase of the volume of joint cooperation between the two countries
» Update => Iraq Is Ready For Prime Time After All: Iraqi Foreign Minister Hoshyar Zebari, On Friday June 28, 2013 “Reduces Voracity” Of Iraq’s Compensation Under Chapter VII.
» Can Iraq disengage from OPEC and export oil with its full export capabilities?
» Prime Minister of Iraq: do not rule out the elimination of "Islamic state" in record time