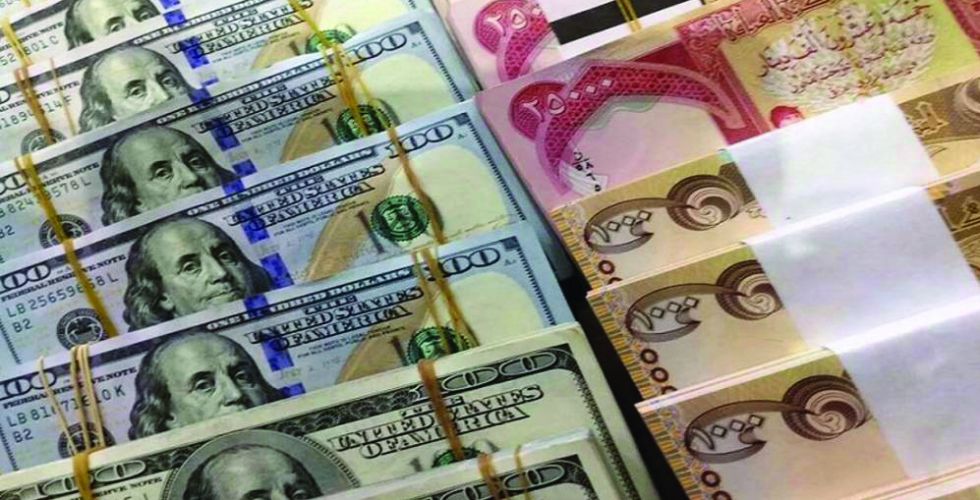 The exchange rates of the dollar throughout the governorates have risen again due to a set of reasons - according to specialists in economic affairs - perhaps the most prominent of which is the delay in paying employees' salaries, and the central bank tightening control over the documents of the banks participating in the window of currency sale, in addition to the reasons for supply and demand in the markets for foreign currency.
The specialist in economic affairs, Adel Al-Fattal, believes that "the rise in the exchange rate of the dollar to 125 thousand dinars per hundred dollars, comes as a result of the influence of the street by circumstances, news and general conditions," describing this rise as "temporary and will return to its normal rates, as proven by previous experiences that Iraq went through."

During his speech to Al-Sabah, Al-Fattal called on the public to “not acquire the dollar and deal with it in buying and selling, preferring to rely in daily commercial dealings on the dinar, because this will reduce the demand for it, which increases the supply, and thus the abundance will contribute greatly to lowering its exchange rate and returning it to its normal rates. ».

And «the necessity for the public to possess economic awareness and culture that precedes the interest of the country over the personal interest, because immediate circumstances govern that», urging those in charge of the country's economic file to «support the dinar in this economic phase, which Iraq is going through, to relieve the shoulders of those with limited income And the poor segments of society ».

The investigation court, which is specialized in combating money laundering and economic crime, had recently begun to investigate the documents of the banks participating in the window for selling foreign currency, and to ensure their validity and compliance with the law, at the request of the Central Bank.

Al-Fattal added that “the government's delay in paying employees’ salaries during the past weeks has contributed greatly to the increase in the dollar’s ​​exchange rate, in addition to the new measures adopted by the Central Bank to tighten control over the documents of the banks participating in the window of currency sale, making the markets unstable and witnessing a state of instability. ».

He believed that «the Central Bank is one of the sober Iraqi institutions, which have the ability to restore balance to the market, in addition to that Iraq is a country rich in oil resources that have not been interrupted, despite the fluctuation of the price of a barrel of oil globally», stressing that prices will return to their normal rates after the passage of Duration of
Time ».

Economic researcher Firas Amer said that "such an imbalance in the exchange rate is possible as a result of the conditions the country is going through," adding that "this reality had previously been experienced by Iraq after stabilizing the dollar exchange rate during the two years 2012.
And 2013. »

He pointed out that "the high price of the dollar in Iraq is related to the economic threats and concerns that the country may be exposed to due to regional conditions, and fears of the outbreak of conflicts in the region that may have repercussions on the country's economy."