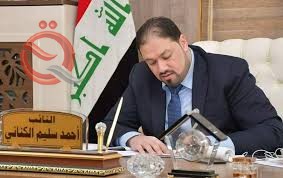 The head of the Parliamentary Economic and Investment Committee, MP Ahmed Salim Al-Kinani, suggested, on Tuesday, that the Central Bank of Iraq’s initiative on lending residential, service, industrial and agricultural projects will contribute to moving the Iraqi market and directing it in a way that contributes to increasing local investments.
Al-Kinani said in a statement that "Al-Eqtisad News" received a copy of it, that "the Central Bank launched its initiative in exceptional and complex economic conditions, as well as identified banks and exchange mechanisms through which these loans are granted to the covered surprises," indicating that "the loan granting mechanisms must be accompanied by a monitoring mechanism. Effective, clear, and unambiguous and unambiguous in the disbursement of these funds by borrowers for projects that can benefit the national economy and citizens alike. "
The head of the Economic and Investment Committee added, "This initiative should be kept away from speculators in public money who claim to be businessmen and investors, since there are previous experiences in this field that have led to a great waste of public money and its exploitation by beneficiaries whose only concern is to make profit at the expense of developing the Iraqi economy." And make it more effective in facing economic crises. "
Al-Kinani stressed, "his committee, on its part, will play its supervisory role to ensure the success of this initiative and guide it properly, calling on the central bank to cooperate and inform the committee of the details of the initiative as the committee has several proposals and can contribute to evaluating this initiative and its monitoring mechanisms."

Deputy Ahmed Salim Al-Kanani, head of the Parliamentary Economic and Investment Committee, suggested that the Iraqi Central Bank initiative regarding housing, service, industrial and agricultural projects would contribute to moving the Iraqi market and directing it in a manner that would contribute to increasing local investments and creating new job opportunities in the private sector that suffers from a major recession due to the Corona pandemic and so on. Accompanied by economic repercussions at the local and international level.

Al-Kinani said that the Central Bank launched its initiative in exceptional and complex economic conditions, as well as identified the banks and the exchange mechanisms through which these loans are granted to the groups covered, indicating that the mechanisms for granting loans must be accompanied by an effective and clear monitoring mechanism and do not accept confusion and interpretation in the expense of those funds by borrowers for projects It can benefit both the national economy and the citizen.

The head of the Economic and Investment Committee added that this initiative should be kept away from speculators in public money who claim to be businessmen and investors, since there are previous experiences in this field that led to a large waste of public money and its exploitation by beneficiaries whose only concern is to make profit at the expense of developing the Iraqi economy and making it more Effectiveness to face economic crises.

With the participation of the Parliament and the Central Council ... a symposium on our monetary and investment policy

[size=36][rtl]With the participation of the Parliament and the Central Council ... a symposium on our monetary and investment policy[/rtl][/size] 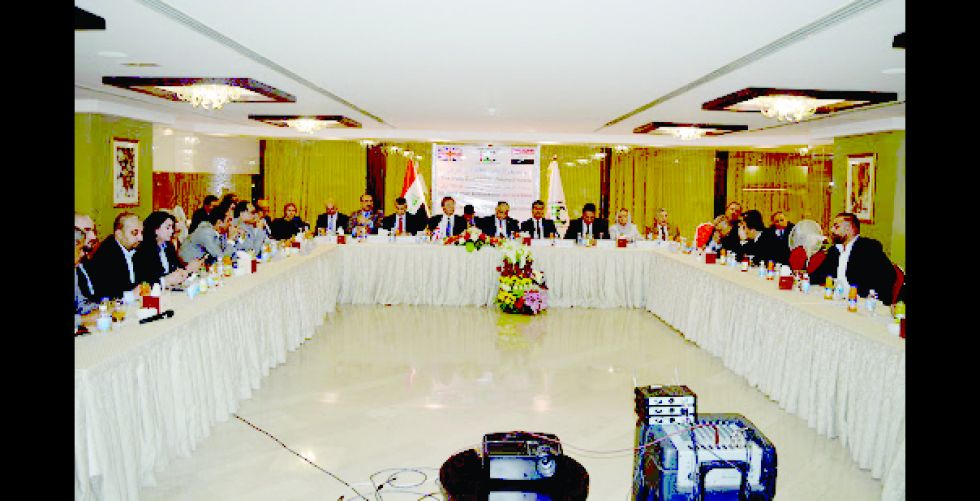 An important economic theme seminar was to support the monetary policy for investment and the private sector in light of the repercussions of the financial and economic crisis, in the presence of members of the House of Representatives, the Central Bank of Iraq and a number of economists and those interested in it. Then he read a speech that included a diagnosis of the most prominent problems and challenges that the private sector faces in its relationship with the Central Bank and government and private banks.

He said: Governor of the Central Bank, Mustafa Ghaleb Al-Jubouri, "Iraq needs to encourage the economic sectors to rise again through development initiatives undertaken by the central bank and the banking sector, especially since the apparatus consists of 78 banks, including government banks. The citizen has a role in the development process, especially since most of the citizens are moving towards government banks, because of the existence of a crisis of confidence with private banks, not because government banks provide better services, but because they are more reliable.

He pointed out that "some government banks, such as the Industrial Bank, although they finance large and good industrial projects, but their capital is small and does not meet the ambition, and we seek to increase its capital to contribute effectively to the initiatives of the Central Bank and the development of the national economy in general."

In turn, the head of the Parliamentary Finance Committee, Dr. Haytham al-Jubouri, "The economic and financial situation needs to take quick and severe measures and courageous decisions to prevent the economic collapse, as reliance on oil as a basic resource does not cover even the salaries of employees and this is a big problem, and that the government issued the white paper as a reform paper, in which it did not specify clear timing and time periods "To carry out real reforms to get rid of the economic and financial crisis, and it did not specify the parties that would undertake the reforms and did not provide tangible and quick solutions to the financial crisis. For example, the white paper included proposals to amend some legislation and laws, but it did not specify what these laws are specifically."

Pointing out that "the borrowing policy adopted by the government is an incorrect policy, and the country will enter into enormous problems. We are indispensable if the problem is solved differently. There are other solutions that can be resorted to through the government’s general budget, but the government resorts to easy solutions." And there are some suggestions that were put forward by the Ministry of Finance to solve the crisis are futile solutions, such as reproducing the Jordanian experience in the field of maximizing wills, and this is not possible. Jordan has total imports (1) billion, while Iraq (75) billion and Jordan controls control over its border ports and we We cannot control all the outlets because there are multiple parties controlling the ports, and a new (Software) system costs huge sums of money, and does not solve the problem, as the problem is who works on the system and not in changing the system. "

In turn, the head of the Baghdad Renewable Energy Center, Muhammad Shaker Al-Dulaimi, addressed several important issues that contribute to the consolidation of banking work, the most important of which is the protection of small shareholders in private banks, similar to the methodology used in European central banks, and work to introduce new banking products, to encourage citizens to deposit their personal savings that are outside The banking system, which constitutes approximately two-thirds of the money from the monetary mass inside Iraq.

As a member of the Economic Council, Ghadeer Al-Attar, he pointed out that, "The Central Bank has previously formed a committee with the participation of the Iraqi Economic Council and bank directors, the aim of which is to develop mechanisms for valuing guarantees at fair value. The committee came up with recommendations and a clear mechanism for evaluating guarantees at fair value, including the establishment of a specialized valuation company, and the recommendations have not been made. We suggest that Activating it because it will contribute to economic development, as well as re-activating the industrial initiative and involving private banks in the initiative, similar to banks.
Governmental. "