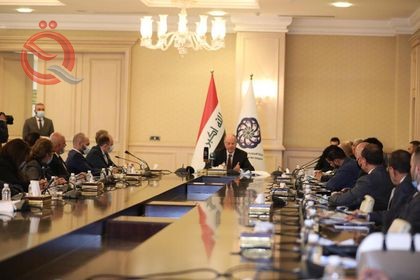 The Iraqi Private Banks Association, in the presence of the Deputy Prime Minister for Economic Affairs, Minister of Finance, Dr. Ali Abdul Amir Allawi, held a meeting that includes all banks operating in Iraq to discuss the mechanisms for developing the banking sector according to the white paper.
The Minister of Finance, Ali Abdul Amir Allawi, said during the meeting, I thank the Iraqi Private Banks Association for this invitation, because the banking sector is the most important economic sector, and the state is working to support it in order to move the economy, stressing that the current economic reform movement is the most serious and will continue to governments Coming.
He added that the Ministry of Finance is working to strengthen the infrastructure for the advancement of all economic sectors, especially the banking sector, in order to support investment projects in Iraq, explaining that the Ministry of Finance does not see any alternative but to strengthen the banking sector and push it forward by removing obstacles in front of it.

He noted that the Ministry of Finance is seeking to offer bonds worth 3-5 billion dollars to citizens in the two currencies, the dinar and the dollar, and we expect private and government banks to buy them.

He pointed out that the exchange rate of the dinar against the dollar will be fixed when bonds are issued, in order to avoid any losses in bond purchases by banks and citizens.

He stressed that the Ministry of Finance, through the White Paper, will reform the financial policy, monitor the economy, and change it to keep pace with the global economy, explaining that the political decisions that were taken in the past have affected the economy.
On the other hand, the head of the Iraqi Private Banking Association, Wadih Al-Handal, thanked the Minister of Finance for meeting the invitation, stressing that the white paper accurately diagnosed economic problems, and solutions became available to all officials.
Al-Handal noted that Iraq is now at a crossroads, and if the rapid reforms necessary to lift the country out of its crisis are not implemented, this crisis will worsen in the coming year and the years that follow, calling for the adoption of reform policies and contributing to their implementation, whether at the level of the public or private sector.
He pointed out that the Association of Private Banks praises the reforms related to the banking sector included in the white paper, praising the procedures of the Central Bank of Iraq that contribute continuously to support the private banking sector.

Allawi to «Economy News»: We are working on the independence of government bank departments

Allawi to «Economy News»: We are working on the independence of government bank departments

The Minister of Finance, Ali Allawi, revealed the existence of a proposal to make government bank departments independent of the government, in order to develop their work.

Allawi said to "Al-Iqtisad News" that in the 2021 budget there will be a tendency to separate government bank departments from the Ministry of Finance and become independent departments, in order to develop their work.

The Minister of Finance, Dr. Ali Abdul Amir Allawi, chaired, on Thursday, November 26, 2020 an economic dialogue session to discuss the banking sector, which was held at the Prime Minister's Guest House.

Where the minister discussed with the Iraqi Private Banks Association during the meeting the overall conditions related to the work of the banking sector and ways to achieve financial reforms to advance the economic reality and put forward visions to get out of the current crisis. 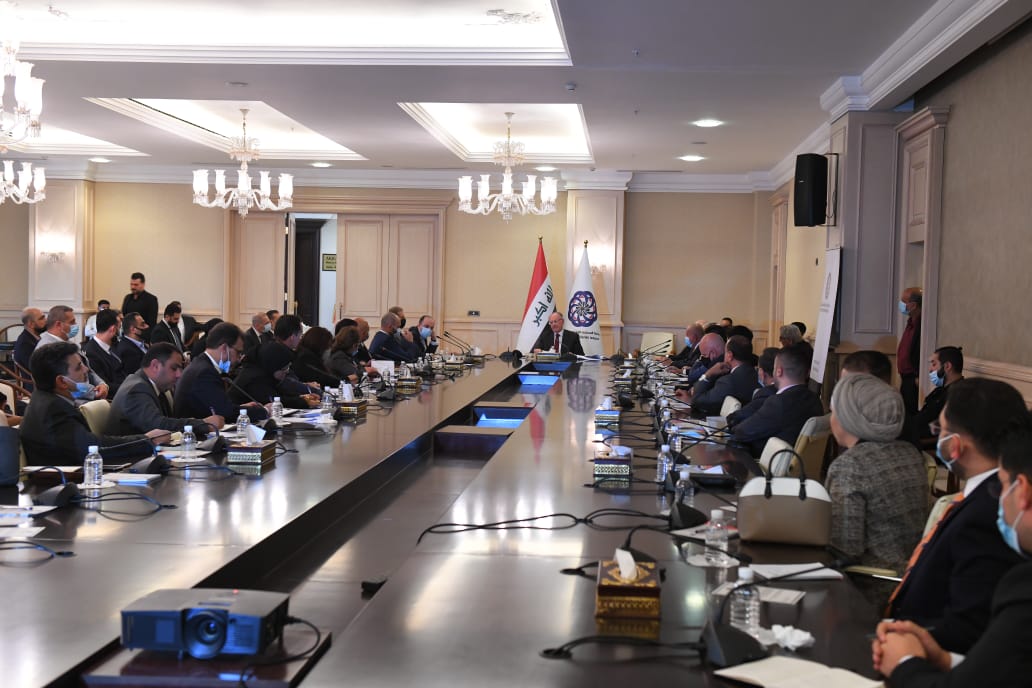 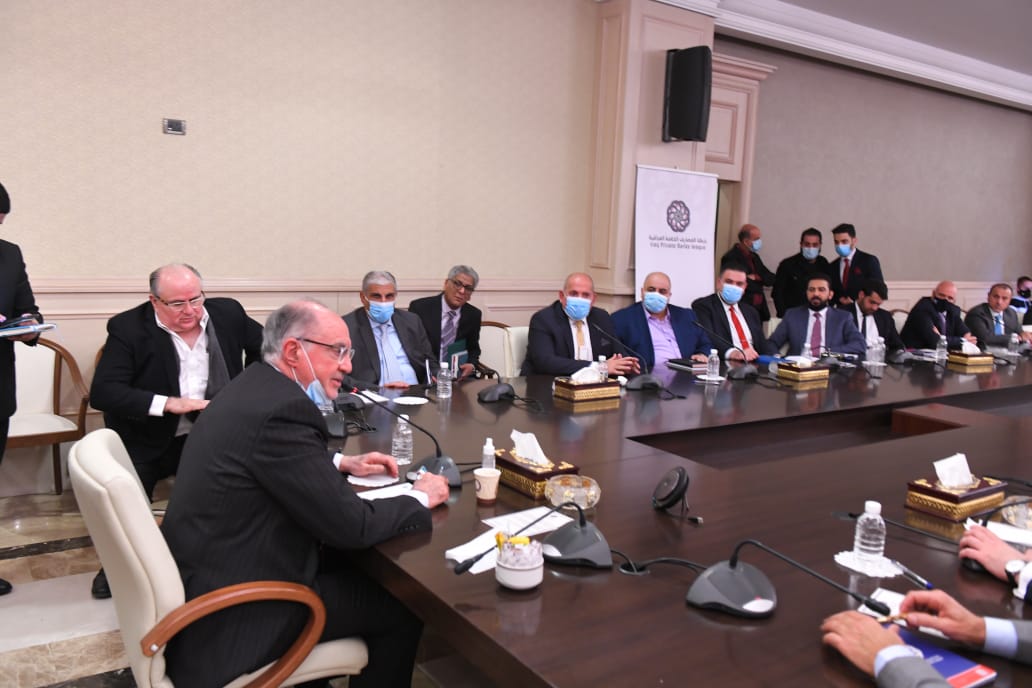 His Excellency stressed the importance of the role of the banking sector and its effective contribution to implementing the comprehensive financial reform steps stipulated in the White Paper.

His Excellency praised the Association's efforts in organizing the meeting and its role in the success of the economic reform process, calling at the same time for the continuity of joint cooperation between the private and government sectors in order to change the national economic compass to address the financial crisis and provide cash liquidity, which is one of the most important challenges facing the current economic reality.

Re: Headed by the Minister of Finance, the Association of Private Banks organizes a meeting for the banking sector

Here are the steps we know the CBI took when appointing the new governors.


5. The central bank opens an account with Euroclear to develop the performance of foreign exchange reserves / November 02, 2020
https://cbi.iq/news/view/1593


9. Approval of the third annual report of the Anti-Money Laundering and the Financing of Terrorism Council / 25 November 2020