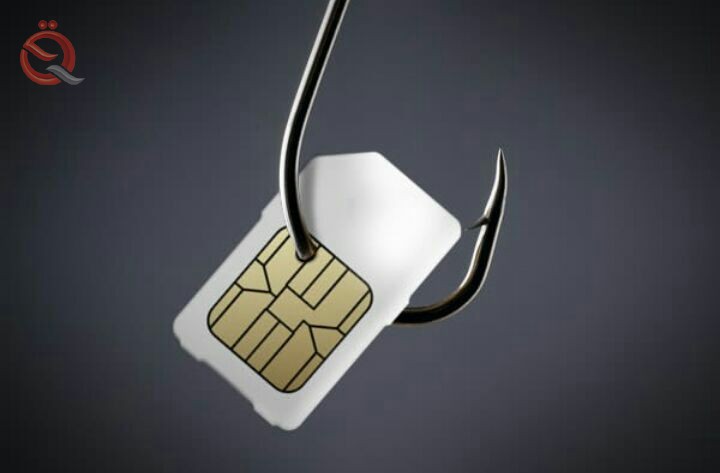 Is the conflict between the Iraqi judiciary and the telecom companies resulting in the birth of a national telecommunications company?
A question that is difficult to answer at the present time, as Iraq is one of the countries that does not have a national telecommunications company, and the telecommunications sector in it suffers from "political and partisan hegemony," according to specialists and stakeholders.
After the judicial decision to prevent the renewal of licenses for workers of mobile phone companies in Iraq, many citizens and those concerned raised questions related to the fate of their calling cards after the end of the work period of these companies.
"Al-Eqtisadiah News" raised this question to the telecommunications companies in Iraq, but closed the door to the agency and refused to make any statements.
Constant refusal
After many attempts, "Al-Eqtisad News" contacted more than one source from within the companies, all of whom preferred not to mention their explicit names.
S.H says, "Talking about the future of companies is still premature because the court decision is still subject to appeal and discrimination."
And confirms that "the work of companies will continue until the end of 2022, according to the work contracts signed with the Iraqi government."
Zain Iraq described the judicial decision as "disastrous and disastrous," noting that it had invested "hundreds of millions of dollars in developing the fourth generation network."
She also confirmed in a statement received by "Al-Eqtisad News" that the decision "will cause destabilization of the confidence of investment companies to work and invest in Iraq."
After the judicial conflict with the mobile phone companies in Iraq, calls to establish a national telecommunications company have come to the fore again. With the aim of enhancing budget revenues and creating a kind of competition with foreign companies operating in Iraq.
The Ministry of Communications refused to comment on this matter, saying only that it had no interest in establishing the company and that it "is working to distribute 7 million home phones that work by optical cable."
Al-Iqtisad News also contacted two sources from the Media and Communication Authority, the party accused of colluding with the telecommunications companies, but they also refused to speak.
The time is not suitable for a national company
In a televised statement, the Chairman of the Board of Trustees, Ashraf Al-Dahan, said that the authority does not stand against the establishment of a national communication company, but the time is not appropriate now in light of the laws that regulate the work of the telecommunications sector in Iraq and monopolize the infrastructure.
Al-Dahan emphasized that Iraq needs laws that regulate the work of the Commission, the Ministry and telecommunications companies.

The eligibility struggle
In 2012, the Ministry of Communications instituted a court case that lasted for three years to confirm its eligibility to establish and operate a national communication company, but the Iraqi judiciary gave eligibility to the Media and Communications Commission.
Meanwhile, a member of the Parliamentary Communications Committee, Alaa Al-Rubaie, accuses the Media and Communications Commission of suspending the operation of a national telecommunications company in Iraq.
Al-Rubaie points out, in statements, that mobile phone companies in Iraq operate under a political and partisan cover, indicating that companies ’work contracts must be renewed with amounts of money commensurate with what those companies earn from profits.
In turn, a member of Parliament, Muhammad Shiaa al-Sudani, believes that not establishing a national telecommunications company is an intentional matter, and he attributes this to attempts to restrict the telecommunications market in Iraq to the hands of the three companies operating in it.
He adds that "the Media and Communications Commission has turned a blind eye to many of the violations of the mobile phone companies, and it will face the judiciary as a result of causing a waste of public money."
Al-Sudani asserts that, "according to the currently available data, the fourth license (a national telecommunications company) can be operated within six months."
On the legal front, the legal expert, Ali Al-Tamimi, comments, "The Council of Ministers, in coordination with the Ministry of Communications, must open the door for tenders for mobile phone companies."
In an interview with Al-Eqtisad News, he indicated that this must be "done according to the instructions for implementing government contracts No. 2 of 2014 and ensuring the quality of competing companies."
Al-Tamimi asserts that "in the event that companies' work licenses are not renewed, they are obligated to pay the debts owed by them in accordance with the Government Debt Collection Law 56 of 1977, which is estimated at 2 trillion dinars."
Meanwhile, an information security consultant, Ali Mustafa, reduces the ability of the fourth generation to fight corruption in Iraq.
Mustafa said in an interview with "Al-Eqtisad News" that talking about fighting corruption in Iraq through fourth-generation technology is just government statements that have no basis on the ground, pointing out that "there are no automated systems within government institutions."
And he confirms that the automation of state departments needs a high-speed Internet, which is not available in Iraq, revealing that "one of the Internet companies in Iraq has control of the Ministry of Communications."
Internet for salaries
He added, "The Ministry of Communications has been controlled by Internet and communications companies since 2004," noting that "one of the Internet companies funds the salaries of 17,000 employees of the Ministry of Communications."
Mustafa explains: "The ministry sells the Internet to the company at very exorbitant prices to secure the salaries of its employees," noting that "this is one of the reasons for the Internet hype in Iraq, which is estimated at $ 120 per mica, while its international price is estimated at $ 1."
Fate slides
The information security consultant pointed out that "any company whose work ends must hand over its duties to the company that obtained a work permit while preserving the work of communication chips, as happened with the Iraqna company when MTC Atheer bought it."