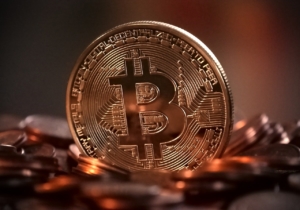 Hurricanes aren’t the only thing that hit Boca Raton. Some storms arrive from Texas, Fredericksburg to be exact. In just two short years, 150 investors from 32 states and five countries handed over $4.38 million to people involved in another scam. This Bitcoin wanna be’s name—Meta 1 Coin Trust.
Meta 1’s story sounds like the plot for a bad movie. Two of the defendants, Robert Dunlap and Nicole Browdler, hatched their scheme in Fredericksburg, Texas in 2018. Why not? Everything is bigger in Texas, including tall tales. In March 2020, the SEC filed suit to stop defendants from selling more through a permanent injunction. The matter is still on-going, and the information that follows was obtained from the SEC’s Complaint.

Washington Congressman Among The Defendants

There were several bad actors to go along with Meta 1’s fraud, including board member, David Schmidt, who
served in Washington State’s legislature for twelve years. Perhaps not surprising, Schmidt was forced to pay a $10,000 penalty for improperly using campaign funds.
It’s easy to sit back in disbelief that people would hand over their hard-earned cash to financial fraudsters. But, well-educated, intelligent people get scammed almost every day. In the case of Meta 1, they were selling for $22-$44 each. Some of their promises and marketing tactics were outlined in all the usual places: website, YouTube, Facebook, internet radio broadcasts, email newsletters, and workshops. They even had a “white paper” of sorts, which (in theory) is a guide that concisely informs readers about a complex issue and the writer’s philosophy on the matter.

The Road From Texas to Florida Was Paved With Lies, Art And Gold

During the sales pitches, Meta 1 made different promises including that its coins were backed by rare fine art valued at up to $1 billion, along with gold valued at up to $2 billion, and even a surety bond worth $1 billion. Perhaps what prompted Dunlap to leave Texas was the fact that after our law firm obtained a large judgment against him and then filed an Application for a Turnover Order and for the Appointment of a Receiver against him in a Houston Court.
In a nutshell, this Application requested that the Court appoint a receiver to investigate all of Dunlap’s assets, receive his mail and take control of Dunlap’s assets. Obviously, Dunlap could not let that happen. So, he ran. Another possibility as to what prompted Dunlap to leave Texas was when he posed as a purchaser of fine art with a collector for 18 pieces. The owner estimates the value of the pieces at $100 million. Dunlap never completed the purchase but did claim he owned the art worth up to $1 billion. In 2019, the art collector obtained a final judgment invalidating any claim Dunlap or Meta 1 had in his art.

The Gold Claim Was Another Wild West Tale

In 2019 Dunlap, Schmidt, and Meta 1 claimed they had an ownership interest in a Nevada gold mining operation. They pursued a deal long enough to get some paperwork to make it look as if they had gold to back the business. They never got a deed to the land, they had no such ownership interest, nor did the land have a gold mine. These details never stopped Dunlap and Schmidt from claiming they had vaults of gold bars from the property, however. And to further make their operation appear legitimate, Meta 1 supposedly hired KPMG to perform an audit of their gold assets. KPMG did not perform any type of audit.
After the ICO, the sky was the limit, with coins potentially valuing $22,000. Investors had no risk according to Meta 1, as the underlying art and gold assets would increase in value, and the organization was about to go through an ICO. Unfortunately for investors, no ICO was ever planned.

You know the story. Some of the money went to buy a BMW and a Ferrari. While most of the money was transferred in large chunks of $312,000 to $620,00 into defendants’ personal bank accounts. Whether you are exploring securities, interests, or do your research. Take time to determine if your salesperson and the securities offering are registered with the state or S.E.C. Check the criminal history of the people in the deal, as well as any past or pending lawsuits.