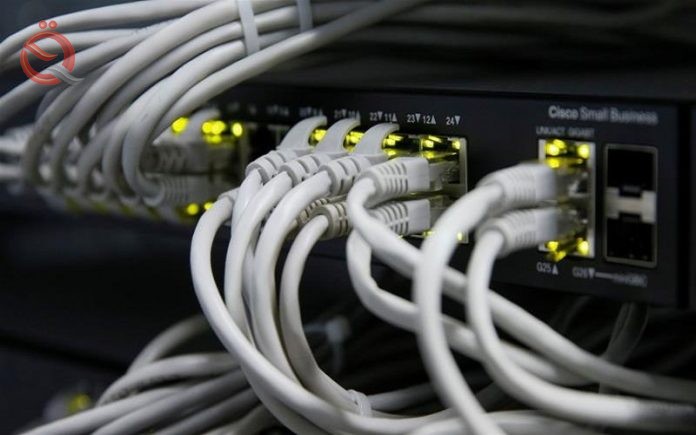 The Ministry of Communications announced, on Sunday, that several decisions have been taken to improve the Internet service in the country, confirming that more than 30 offers have been submitted to the state ministries and agencies, while indicating that they have reached a stage of 95 percent in the field of linking infrastructure.
Osama Al-Hamashi, Chairman of the Ministry’s General Company for Communications and Informatics, said in an interview with “Al-Eqtisad News”, that “the ministry has taken important decisions regarding improving Internet service, including increasing capacities entering Iraq, as a result of lowering prices in exchange for increasing prices for service-providing companies.”
He added, "Among the measures are taking practical steps, including the launch of the ftth for the 16 zone in Iraq for 14 governorates, as well as the Karkh and Rusafa regions in Baghdad governorate," noting that "this was announced through a public tender and there will be an improvement in the Internet service according to standards and conditions Ensures that the service reaches all citizens.
Al-Hamashi confirmed that "the ministry has worked since its assignment to promote and prepare for automation programs," noting that "the ministry's plan regarding human resources was comprehensive, and it made several technical and commercial offers."
He pointed out that “the Ministry of Communications has completed more than 30 presentations to the state ministries and agencies, and has reached advanced stages with some ministries by presenting technical and commercial offers,” adding that “it is currently in the process of contracting with two or three ministries, including the Ministry of Electricity, and there will be concrete steps in this. the field".
Al-Hamashi continued, "The Ministry of Communications has reached a stage of 95% in the field of linking infrastructure, while it has reached in the field of software to present offers and official contracts."