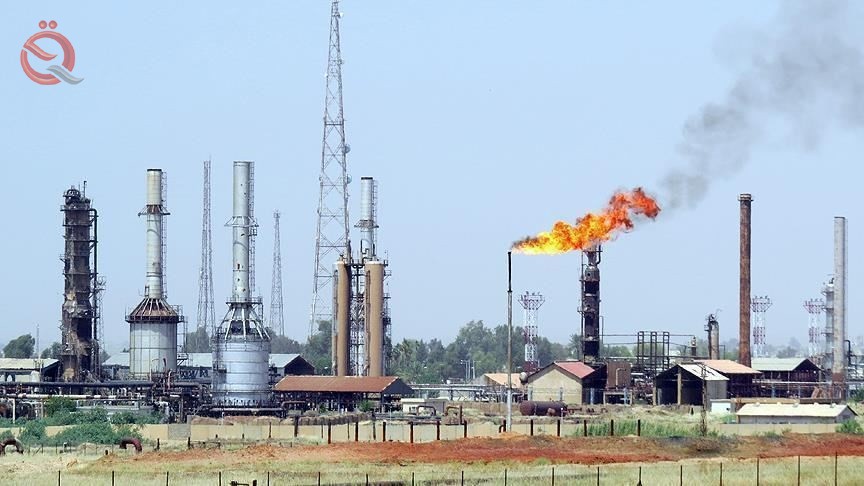 The two Chinese oil giants, China National Petroleum Corporation and CNOOC Ltd., are considering acquiring the remaining stake of Exxon Mobil Corp in an oil field in Iraq.
The US Bloomberg Agency said, "The agreement would represent Exxon's exit from the project and the major international oil companies' retreat from Iraq after Royal Dutch Shell Plc left Majnoon field three years ago."
Tough contractual terms, late payments and political instability weakened the appeal of what had previously been the glittering oil prize in the Middle East.
"Iraq has not proved as appealing as it had hoped a decade ago, more expansion plans in Iraq. In contrast, Chinese companies are still interested," said Richard Bruns, co-founder of the consultant Energy Aspects Ltd.
CNPC and CNOOC, both of which are state-owned, are considering a potential deal to buy Exxon's 32.7% stake in West Qurna 1, Iraq, said people who requested anonymity because it is a privacy matter.
They added that "no final decisions have been taken and there is no guarantee that the deliberations will lead to an agreement," explaining that the geopolitical risks in Iraq may raise doubts about any potential agreement.
Exxon's departure from the field, where it was once the dominant player and still is the main contractor, would cast doubt on a massive water injection project seen as critical to increasing Iraq's production capacity.
The US company is in talks about a joint seawater supply project to the southern oilfields, which has faced several delays.
While the government in Baghdad has made tremendous progress in rebuilding the war-ravaged oil industry in the past decade - effectively doubling production between 2010 and 2015 despite the Islamist insurgency and other challenges - it has repeatedly had to delay its higher productivity targets.
The country was pumping about 4.8 million barrels per day last September, before a new round of supply cuts agreed with the member states of the Organization of the Petroleum Exporting Countries (OPEC).
Oil Minister Ihsan Abdul-Jabbar said last month that it aimed to reach seven million barrels per day by 2027. In 2010, Exxon signed an agreement with the Iraqi state-owned South Oil Company to rehabilitate and redevelop the West Qurna oil field.
Three years later, Exxon reduced its stake by selling the stake to PetroChina, the listed unit of CNBC, and to PT Pertamina.
Iraq awarded a contract to develop the West Qurna oil field to Exxon and Shell in 2009.
The oil field is one of the largest in the world with recoverable reserves of more than 20 billion barrels.
Last year, Exxon employees left the Iraqi field after the United States withdrew non-essential personnel from its embassy in Baghdad, citing a threat from neighboring Iran. The employees returned two weeks later after bolstering company security.

Similar topics
» Iraq Looks To Seize Greater Oil Market Share In Asia
» Parliamentary oil: there are efforts to restore Iraq's share in OPEC +
» Minister of Electricity: We are working to build solid foundations for the implementation of projects with solid rules and a strategic solution that serves the citizen
» Chinese ambassador to express his country 's desire to support Iraq in the field of electricity
» Chinese companies accounted for the largest share of Iraq's oil exports in August