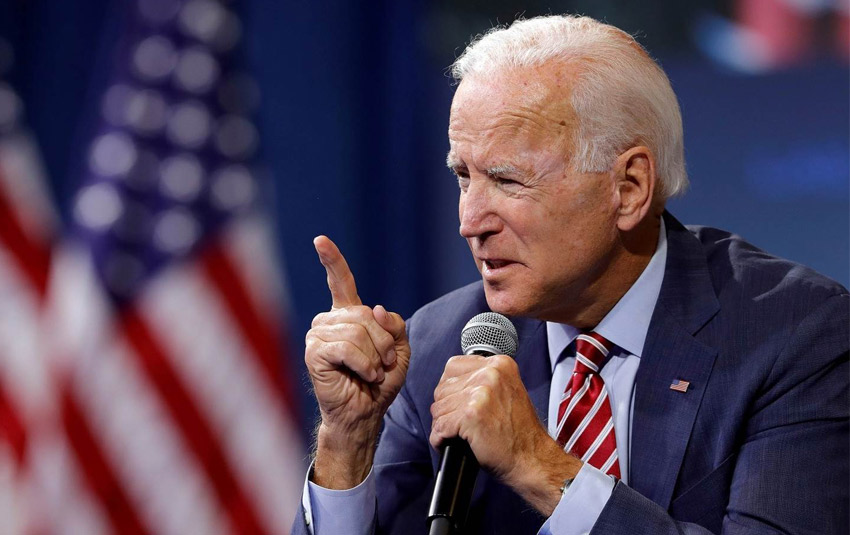 Erm News): A news report said that the Democratic candidate winning the US presidential election, Joe Biden will face extreme difficulty in returning to the nuclear deal with Iran, which his predecessor Donald Trump withdrew from.
The report, published by the American "National Interest" magazine on Thursday, stated that the difficulty of returning to the 2015 nuclear deal, which Biden is facing, is due to "changing circumstances and hardening positions in both countries over the past two years."
The report notes that the popular consensus in America has become unsympathetic to Iran due to its refusal to change its aggressive behavior in the region, and to support the Yemeni Houthis in bombing Saudi oil installations and carrying out other provocative actions.
He pointed out that Iran also plays a major role in supporting the Shiite militias loyal to it in attacking American forces in Iraq and Washington's allies in Syria and in supporting the Lebanese Hezbollah, which Washington considers a terrorist organization.
He made clear that any attempt by the Biden administration to link the nuclear file with Iran's ballistic missile program and its regional policy would not be accepted by Tehran. Because the latter’s declared position is that any talks with the United States will be conditional on Washington’s return to the nuclear deal first without any preconditions.
The National Interest considered that Trump's decision to withdraw from the nuclear deal in 2018 strengthened the position of hardliners in Iran and undermined the credibility of President Hassan Rouhani and his foreign minister, Mohammad Javad Zarif, who strongly supported the agreement despite the hesitation of Supreme Leader Ali Khamenei.
"Now we see that Khamenei has changed his stance and returned to the old position, which is that there is no American administration that can be trusted because Washington is only interested in changing the regime in Tehran," the magazine continued.
The magazine suggested that Tehran would not agree now to return to the agreement as it was, and it will insist that any new agreement be included with a paragraph that would prevent a repeat of the unilateral US withdrawal.
This means it may be impossible for Biden to return to the 2015 deal, the report concluded.

Similar topics
» Iran jails U.S. businessman, possibly jeopardizing Biden's plans for diplomacy with Tehran The imprisonment of a fourth American could derail a bid by the incoming Biden administration to revive a nuclear agreement with Iran.
» US report: the nuclear deal will arrive in oil prices to $ 15 a barrel
» Iran nuclear deal will raise the pressure on the dollar in Iraq
» Iran threatens to withdraw from nuclear deal
»  Ministry of Oil: Any measure to increase oil production will not be monolithic