A high-ranking Iraqi official ... Alia Nassif submits documents against a Chinese company operating in Iraq: corruption with the participation of government employees!

A high-ranking Iraqi official ... Alia Nassif submits documents against a Chinese company operating in Iraq: corruption with the participation of government employees! 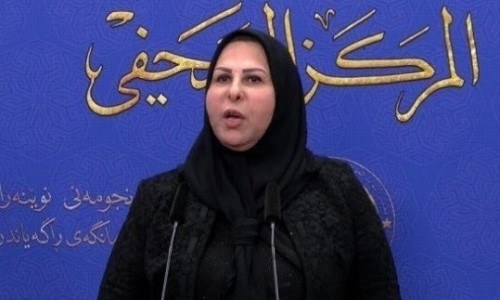 Baghdad (People) - Representative Alia Nassif, on Wednesday, published documents that she said prove a case of "corruption and tax fraud" practiced by a Chinese company in collusion with government employees.
In a statement, Nassif demanded a copy of it, (November 18, 2020), the Prime Minister and the Ministry of Finance to "refer a file of corruption and waste of public money estimated at nineteen billion dinars in the tax calculation of the Chinese Oasis Company to the Integrity Commission," indicating that “This company coordinated with government employees of the weak and did not pay a single dollar of taxes owed to the state from 2009 until 2014.”
Nassif said, "We previously issued statements about the existence of tax fraud in favor of the Chinese Oasis Company due to some corrupt employees, and today the truth was revealed when the minutes of the ministerial investigation in the case acknowledged the existence of a waste of public money of 19 billion dinars," indicating that "this company was not satisfied. With tax evasion for several years, it has even coordinated with some of the corrupt people in the General Tax Authority in order not to calculate the late fines. "
She emphasized, "The most prominent person involved in this case is the former Director General of Tax, and the difference between it and the current efficient and honest director, who achieved within a month 600 billion dinars for the state treasury," stressing "the importance of referring the issue of tax fraud to the Integrity Commission and recovering public money from the company." And the referral of the manipulators to the judiciary to obtain their fair penalty.
Read more at:https://iraqakhbar.com/2761979

Page 1 of 1
Permissions in this forum:
You cannot reply to topics in this forum
Who is online?
In total there are 91 users online :: 1 Registered, 0 Hidden and 90 Guests :: 3 Bots