The ports announce the achievement of more than one trillion Iraqi dinars, tax, customs and safety revenues

The ports announce the achievement of more than one trillion Iraqi dinars, tax, customs and safety revenues 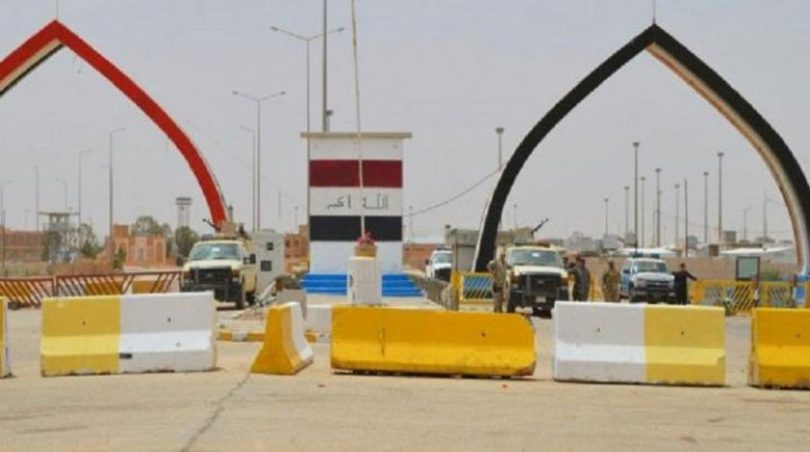 The Border Ports Authority announced, on Wednesday, that more than one trillion Iraqi dinars have been achieved in tax and customs revenues and trusts, from the beginning of the current year 2020 until the 13th of November.
The authority stated in a statement that Mawazine News received a copy of, that "despite the closure of the eastern border crossings with Iran for a period of (6 months), work resumed after the closure, and the ports operated two days a week with complete elimination of customs duties for all food and health products, medical supplies, sterilizers and items. The ration card, as well as customs exemptions, as well as the spread of the Corona pandemic, the closure of airports for the same period mentioned, and the closure of the ports of Safwan and the port of Maqal with the State of Kuwait until today, which is considered one of the most important outlets in terms of the value of revenues, but the General Authority of Customs and the Tax Authority have achieved the practice of their work and in joint cooperation with the border ports Revenues amounted to (1,033,017,479,123) one trillion and thirty-three billion and seventeen million four hundred seventy-nine thousand one hundred and twenty-three Iraqi dinars.

The statement added: "They are distributed between customs, security and tax revenues, and these numbers are the result of the supervisory role of the Border Ports Authority as well with all departments operating under force majeure conditions, namely the outbreak of the Corona pandemic and the decline in trade exchange operations."

She explained, "Among its activities, the Border Ports Authority, in cooperation with the departments operating in it, seized from customs centers and security services for the year 2020 to 11/14/2020, amounting to 2695 offenses that fell under the headings, the most prominent of which is falsification of documents related to customs transactions, execution of arrest of wanted persons to the judiciary and the referral of customs violations to The judiciary, destruction operations, as well as violations were seized after checking the documents from the headquarters of the Commission.

She emphasized, "If the ideal situation had been provided, like previous years without the Corona pandemic, the closure of border ports, the total and partial curfew and the zeroing of most customs duties, the revenues would have been doubled significantly, but despite this, the state’s prestige was imposed and the achievement of distinct revenues in support of the state’s orientations and in fighting financial and administrative corruption. Through the provisions of control and the exercise of its supervisory, audit and security investigation role.

Folks, 1 Trillion Dinars is over 839 MILLION USD!  What is the hold up on salaries?

Similar topics
» Border ports: more than 100 billion dinars in customs and tax revenues in September
» Al-Kazemi reveals the launching of major operations in the coming hours at the border outlets
» Customs Authority: One trillion dinars in revenues during the year 2021
» An economic institution for / NINA /: non-oil revenues will exceed the 7 trillion dinars barrier, while the budget is planned for 20 trillion dinars
»  Abdul-Hussein al-Musawi: There is no deficit in the budget because revenues amounted to 70 trillion dinars surplus 9 trillion