Al-Kazemi: Investment is not colonialism and there is no Chinese agreement, but rather memoranda of understanding

Al-Kazemi: Investment is not colonialism and there is no Chinese agreement, but rather memoranda of understanding 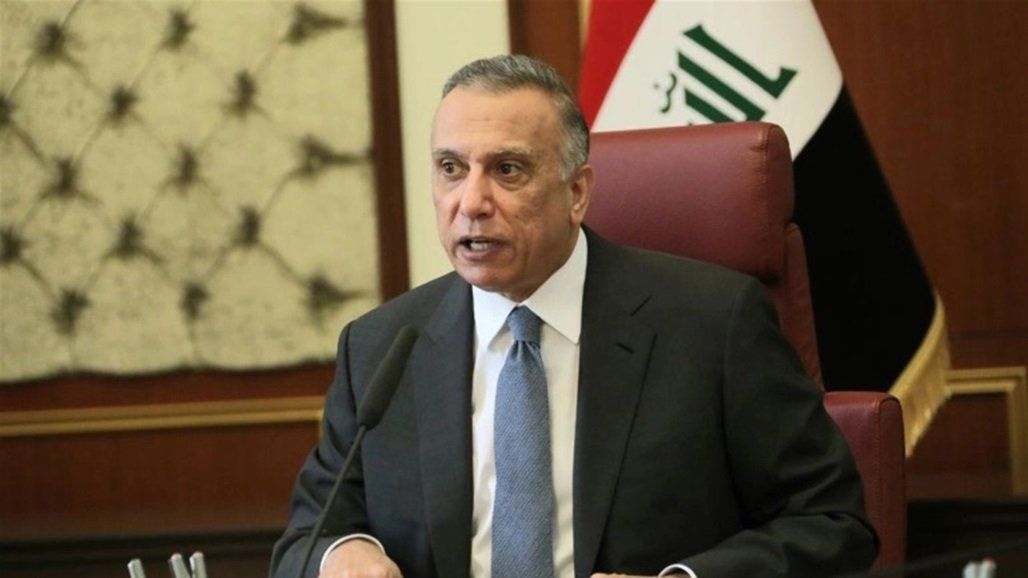 Prime Minister Mustafa Al-Kazemi criticized, on Tuesday, political parties describing the Saudi investment as colonialism, and news spread about the existence of a Chinese agreement, citing documents proving that they were memoranda of understanding signed during the government of Haider al-Abadi, and while Al-Kazemi confirmed that his government, despite the austerity measures due to the financial crisis, continues to pump money In the Iraqi-Chinese joint fund, he revealed that he was under "tremendous pressure" to release those accused of corruption, describing them as "whales."

Al-Kazemi explained that "everyone called for fighting corruption and some objected to arresting those accused" of corruption that has ravaged the Iraqi state to the point that the oil country has become unable to pay the salaries of its employees and is looking to borrow internally and externally to get out of the crisis.
Regarding corruption, Kazemi indicated that "there is pressure to prevent the prosecution of corrupt individuals and corruption whales and to release those arrested under the pretext of human rights."

Al-Kazemi said in a press conference today, "We have arrested a group of people, according to legal notes, on charges of corruption, and their arrest has become uproar, and some are pressing for the release of these whales, which is tremendous pressure exerted on me."

He added, "Some are confused that the detainees are subjected to torture and broken hands, and this is contrary to the truth. I receive two daily reports confirming the health and safety of the detainees," stressing that "those who hand over public money from these corrupt people will release them," noting that "what they stole amounts to billions, but we will pardon those accused of corruption if they turn over." What they stole. "The prime minister warned that "Iraq cannot bear playing with fire and needs patience and construction."

And on foreign relations, Al-Kazemi said, "We are committed to implementing agreements and memoranda of understanding with Arab and foreign countries, and this depends on approving the budget for the next year."

Regarding the agreement with Saudi Arabia, the Prime Minister criticized the description of political parties that the agreement with Saudi Arabia is colonialism, explaining that "Saudi Arabia has agricultural investment in Canada, Brazil and Argentina," and asked, "Why only do we have investment turns into colonialism?" He
noted the government's keenness to proceed with building a port. The FAO, after 12 years of not implementing it.
He said that the Minister of Transport should expedite the presentation of the new agreement with the concerned company to the Council of Ministers for approval. Al-Kazemi stated that the current government is the first to hold sessions with institutions not associated with a ministry and this will continue periodically.

He announced that the Council of Ministers will present a budget. Next year, the parliament will be in a period of less than a month, and the parliament must quickly approve it in order not to delay the salaries, "noting that" there is a parliamentary will that contributed to the deletion of some important obligations in the fiscal deficit financing law that affected the white paper. "
Regarding the upcoming US administration after Joe Biden won the elections, Al-Kazemi stressed: "We are not interested in those who rule the United States, but we are concerned about what we agreed on with them regarding the redeployment of their forces and the lack of the need for combat forces, and our negotiations are continuing and we will announce new news very soon in this regard."

Al-Kazemi said that his government is looking "with an American team for a final formula for withdrawing the forces," in which Acting US Defense Secretary Chris Miller announced the return of 500 of his country's soldiers and the survival of 2,500, before US President Donald Trump leaves the White House.

Earlier Tuesday, Al-Kazemi discussed, in a phone call, with US Secretary of State Mike Pompeo the bilateral relations between the two countries and the development of the situation in the region.
"During the call, the development of cooperation between the two countries in various fields was also discussed," according to a statement issued by the Council of Ministers, which indicated that "the two sides discussed the future of cooperation between Iraq and the international coalition led by the United States of America, in light of the growing Iraqi capabilities in fighting terrorism." .
With regard to the Corona file, Prime Minister Mustafa Al-Kazemi confirmed that some financial obligations have been paid to secure the Coronavirus vaccine.

Al-Kazemi said in a press conference, "The Ministry of Health has started preparing the supplies to store the Corona vaccine with high health conditions." Al-Kazemi added, "Since we took over the tasks, we have 57,000 beds and 4000 oxygen devices, after it was 700, and the death rate in Corona decreased from 4.2% to 2.2%, and today we have 50 laboratories, after it was only before June 3 for Corona." Regarding the elections, he said, "The Council of Ministers voted to extinguish the debts of the commission to other institutions and ministries, and the Minister of Finance authorized us to contract with discreet international companies to automate customs, ports and other sectors. We are working to overcome all circumstances for early elections, considering the Electoral Commission the first to be affected by the borrowing law for not allocating funds to it. ".