Al-Alam Al-Youm News - Why did Iraq decide to close the "unofficial" ports with Iran and open a crossing with Saudi Arabia?

Al-Alam Al-Youm News - Why did Iraq decide to close the "unofficial" ports with Iran and open a crossing with Saudi Arabia? 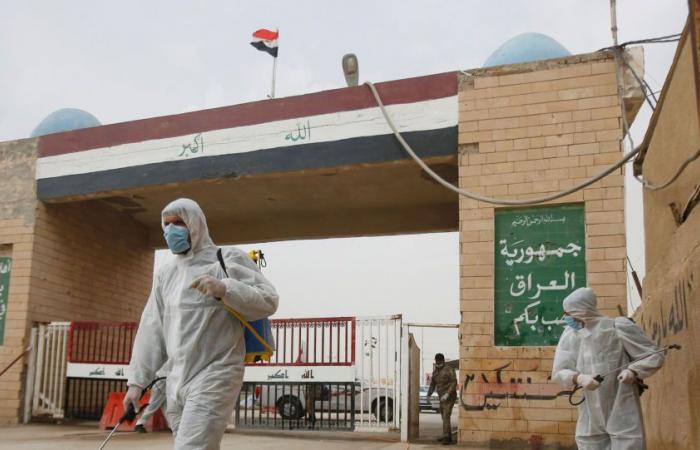 World News Today - Wednesday, November 18, 2020, source in Kalat It has not been hours since Iraq announced preparations to open the "Arar" crossing with Saudi Arabia, which has been closed for 29 years. Otherwise, the government issued a decision to close all unofficial border crossings with Iran that are controlled by armed militias ... Will Prime Minister Mustafa Al-Kazemi succeed with that step of controlling the vast borders between the two countries ... and what are the expected reactions internally and externally?

Representative in the Iraqi parliament, Ahmed Al-Kanani, commented on the decision, saying: The political forces, although they differ with the government of Mustafa Al-Kazemi, want the state to have control over the border crossings because it is an important resource for the country that corresponds to oil revenues.

He added in a phone call to "Sputnik", that: There will be no political problem as a result of this government action, and for our part, we confirm our support for the government's approach to controlling these border outlets with any of the parties bordering Iraq, if these ports are controlled and corruption is besieged. In which there will be large and sustainable resources.

And the member of parliament added, if: There were some political forces benefiting from these outlets, then they would be in a state of embarrassment in front of the Iraqi people, because today we depend on more than 90 percent on oil exports, and everyone knows what is happening in oil prices at that stage, so it was It is necessary to go towards other resources to finance the economy, and when the government controls these outlets and closes the unofficial outlets and controls the exit and entry of goods, this will have a great economic return.

Corruption is the issue

On the government's ability to control these outlets and unofficial crossings, Al-Kinani said: The main problem is not in those unofficial crossings and outlets, but the danger lies in the presence of some corrupt people even in the official outlets and that is the main issue that must be besieged and attempted to eliminate them to correct the situation.

He added, in a phone call with "Sputnik",: Now came the turn of the informal crossings, and this matter could cause friction and may lead to security friction at home with the groups that use those crossings.

The strategic expert emphasized that controlling the borders is a very important step to secure the home front. When the borders are not under the control of the state, there will be many issues that affect national security and at other levels, because those crossings are used for smuggling goods and other prohibited issues that affect On the inside.
He added: In fact, the government possesses the capabilities that enable it to protect the Iraqi borders from security and military agencies, and this issue can also be reviewed and the security and military strategic plans reviewed, and the army returned to its true role in protecting the borders in the face of external threats, which are not limited to threats However, it includes the crossing of groups or groups and the conduct of smuggling operations that affect the Iraqi national security.


The inevitability of Arab support

He added that: The announcement of the opening of the Arar crossing for trade between Iraq and Saudi Arabia is not the decision of the Al-Kazemi government, as the openness to the Arab neighborhood is very necessary to secure the Arab depth, so the Arabs must take more effective and bold steps that are commensurate with the next stage, especially since US President Donald Trump has He hands over power to his successor, Joe Biden after 60 days, and during that period he may take hasty steps or decisions to embarrass Biden or create a very dangerous situation in the region. Therefore, Arab countries should think seriously about this issue.

The strategic expert indicated that: Trump is preparing to withdraw a large part of the American forces from Iraq and Syria, which will create a vacuum in terms of monitoring, monitoring and information that were provided by the American forces at this stage through the coalition aviation, and if America withdraws today, this means the withdrawal of the coalition Which will also generate an imbalance in the operational strategy, not only for Iraq, but for the United States of America, because the operational strategy includes the line connecting from the southern Arabian Gulf from the Strait of Hormuz to Syria.
He explained that: If he withdraws today from Syria and Iraq, that will create an operational vacuum in this region, which was indicated to him by the former US Secretary of Defense Mark Esper, that Iraq and the Arab countries should put in place preemptive plans to deal with the new situation in the event that American forces withdraw from Syria and Iraq .. Because the terrorist threats are still there. "

The Iraqi authorities announced the closure of all "unofficial" border crossings, with the aim of combating smuggling of consumer goods.

This came during a meeting between Iraqi Prime Minister Mustafa Al-Kazemi and heads of official bodies in Baghdad, Monday, November 16, according to a statement by the Prime Minister's Media Office.

Iraq has 9 land border ports with neighboring countries, with the exception of the ports in the Kurdistan region, which are Zurbatiyeh, Al-Shalamjah, Al-Mandhariyah, Al-Shayeb and Mandali with Iran, Safwan with Kuwait, Trebil with Jordan, Al-Walid and Rabia with Syria.
It also has 4 unofficial land crossings in the Kurdistan region, which are 3 with Iran and one with Syria, and sea ports in Basra Governorate, in the south, in addition to an expected opening of the Arar crossing with Saudi Arabia.

Observers point out that there are a number of other unofficial border crossings in the country, and last July, the Iraqi army announced that it would manage all land and sea ports in the country, with the exception of the northern Kurdistan region, with the aim of preventing smuggling and corruption.