Iraq: The Minister of the Interior of Kurdistan and Al-Araji agree to implement the Sinjar Agreement

Iraq: The Minister of the Interior of Kurdistan and Al-Araji agree to implement the Sinjar Agreement 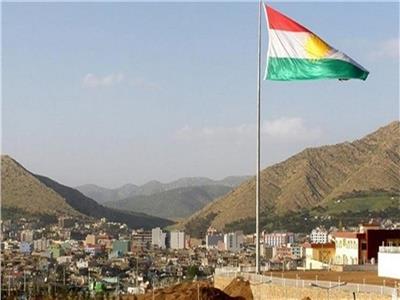 The Minister of the Interior of theIraqi Kurdistan Region, Reaper Ahmed, and the Iraqi National Security Adviser, Qassem AlAraji, agreed to implement the Sinjar Agreement andremove the militants from it, according to Kurdish media. This came during a joint meeting between officials of the northern region of Iraq and the federal government, on the implementation of the Sinjar agreement, in the presence of the representative of the United Nations, Jeanine Plasschaert, according to the "Rudaw" media network.

Also read: Barzani and the British ambassador discuss developments in Iraq and the Sinjar Agreement Al-Araji said during a press conference that followed the meeting, "Our meetings are continuing with Erbil to solve all previous problems," adding that "the Supreme Committee has taken important steps to improve conditions in the liberated areas," from the terrorist organization "ISIS".

Al-Araji continued, "We have agreed to install a mayor in Sinjar, and his person will be announced," indicating that the joint forces will protect the area and there will be no other armed force.  In turn, the Minister of the Interior of the Kurdistan Region, Rieber Ahmed, said that the Sinjar agreement would "be implemented soon," stressing that "the Sinjar administration will be handed over to its people." Earlier on Tuesday, a delegation from the Iraqi government arrived in Erbil, the provincial capital, with the aim of discussing the mechanism for implementing the Sinjar Agreement. It is expected that the delegation will head, tomorrow, Wednesday, to the city of Mosul, and to meet all the components and parties within the borders of Nineveh Governorate. About a month ago, the federal government in Baghdad and the Kurdistan Regional Government announced that they had reached an agreement on joint management of the city of Sinjar, northwest of Mosul, under the auspices of the United Nations mission.

The agreement came after negotiations between Baghdad and Erbil to restore normal life to the area occupied by the terrorist organization "ISIS" in 2014, and all of its residents fled to the camps after being subjected to massacres at the hands of the organization. The agreement included three axes, namely, the administrative, security, and reconstruction axis. According to the administrative axis, a new mayor will be chosen for the Sinjar district, and other administrative sites will be considered by the joint committee formed by both parties. While the second axis stipulates that the local police and the National Security and Intelligence Services shall take exclusive responsibility for security inside the district and the removal of all other armed formations outside its borders, appointing 2,500 members of the Internal Security Forces in Sinjar, ending the presence of the Kurdistan Workers Party (PKK) organization from
Sinjar and the surrounding areas, and not for the organization And related accessories no role in the region.

As for the axis of reconstruction, it includes the formation of a joint committee from the federal government and the Kurdistan
government to reconstruct the judiciary in coordination with the local administration in Nineveh.

Similar topics
» Araji thanked al-Sadr for his support of the Ministry of Interior to implement the law
» Al-Araji calls on Canada to participate in the reconstruction of Sinjar
» Iraq, Kurdistan Agree on Oil Deal --to be implemented Jan. 1
» Iraq 's interior minister offers resignation they require the Karrada explosions
» Iraq's interior minister to resign