Al-Kazemi's advisor talks about the stolen cards: We have distributed 13 million cards

Al-Kazemi's advisor talks about the stolen cards: We have distributed 13 million cards

Advisor to the Prime Minister for Elections Affairs, Abdul-Hussein Al- Hindawi revealed , on Sunday, the distribution of 13 million biometric cards and 3 million under distribution, while indicating that the stolen cards will be disabled. According to the official agency, Al-Hindawi said, "The biometric card is in the law, and about the past two months there was a meeting of the political blocs, in which they stressed the importance of adopting biometric exclusively in voting in the upcoming elections."

He added, "The commission's work is continuing in this direction, and there are more than 63 percent of the long-term biometric card for voters ready, as nearly 13 million have been distributed, and 3 million are in the process of distribution." He pointed out that "the commission is in the process of distributing the remainder of it, as well as completing the voters who have not yet registered in the biometric." He stressed that "there are agreements with the relevant companies, as well as the existence of all plans, so that the Commission is ready before the next elections."

He explained, "The short-term card has been withdrawn, as the approval of the long-term biometric card is supposed to be exclusive in the upcoming elections." And, "the voter who has updated his electoral record , the commission will deliver the card to him by various methods, whether by mail or other mechanisms taken to deliver it to the voter," he said. He stated, "Any stolen card will be unfit for use, and therefore it is idle," stressing that " the long-term biometric card granted by the commission cannot be stolen or made outside the law," stressing that "the commission is determined to distribute the biometric card." For everyone".

He pointed out, "The old, short-term cards that were used in the previous elections have no effect, so there is a campaign in which everyone should contribute to our encouragement, which is distributing the new card, because without it the voter cannot vote, unless there is any other decision." . He noted that "the commission has started working actively to educate citizens and push them to register and receive the biometric card for elections. 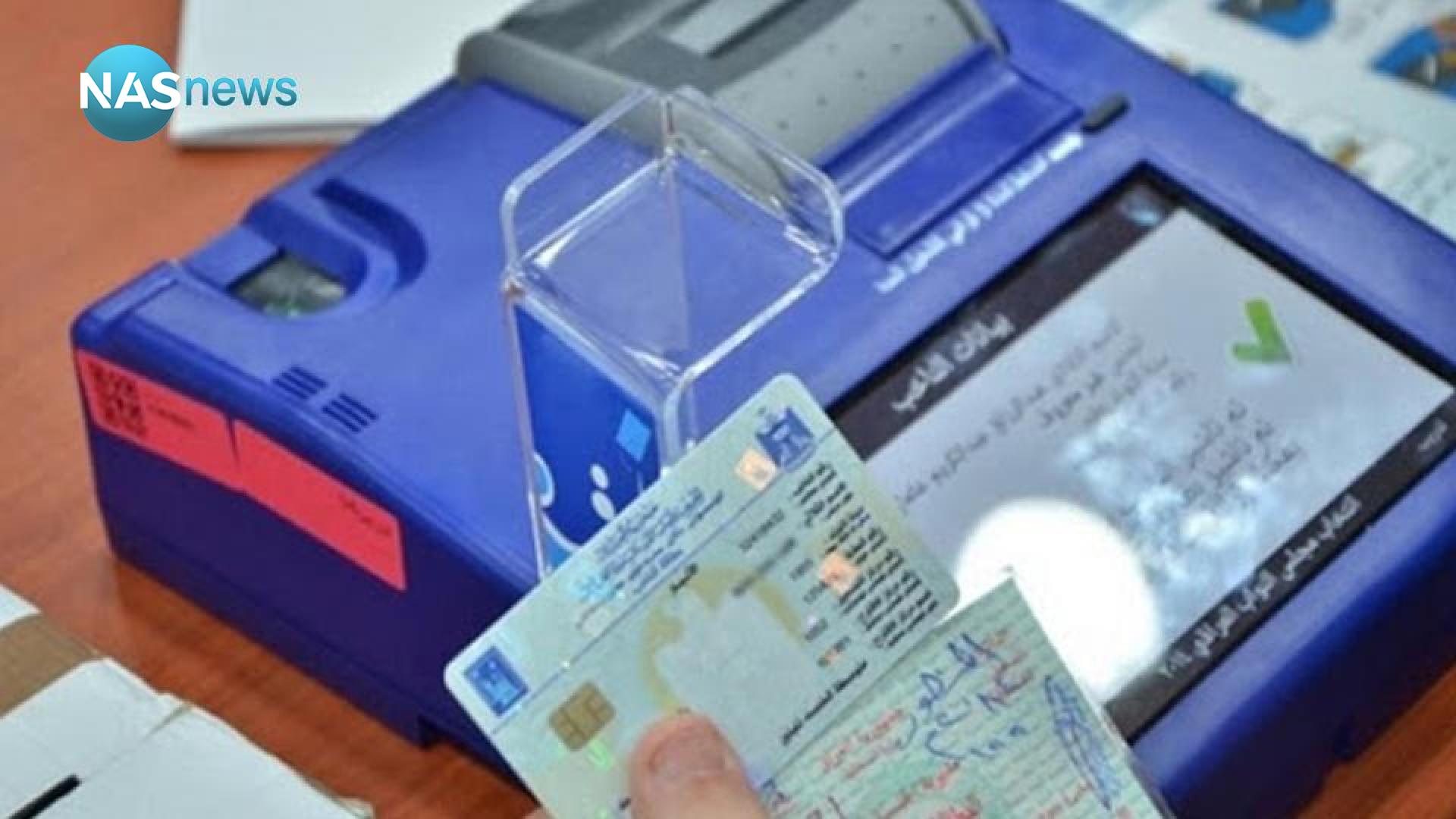 The State of Law coalition led by Nuri al-Maliki spoke, on Saturday, about the "loss" of millions of electronic electoral cards, while the Electoral Commission responded to that by denying and clarifying.

In a statement to the official newspaper, followed by "People," (14 November 2020), the coalition representative and the spokesperson for the bloc in Parliament, Bahaa Al-Din Al-Nouri, said that "the law that was quickly voted on using the (electronic) and (biometric) cards to vote will result in a process. A forged policy in advance in light of the loss of 4 million electronic cards from the Election Commission. Their fate is unknown and it is not known if they were distributed among the political blocs or by the party that seized them. "

Al-Nouri called for "elections to be conducted using a biometric card only, to hold fair elections free of fraud."

While a member of the legal committee, Hussein Al-Uqabi, stressed that "amending the election law is an imperative, especially in the biometric vote, and there is a need to amend other articles not only in this paragraph, but also include the contradiction in the individual or list nomination."

Meanwhile, the official media spokesman for the Independent High Electoral Commission, Jumana Al-Ghalai, said that “there is no such number of lost cards, and the loss took place in previous elections, even before 2018, but in order to preserve the votes of the electorate, I directed the electoral administration to submit a study on the unreliable and lost voter cards and the formation of Investigative committees to find out the circumstances of the accident and to find out about the negligent employees and to punish them legally, and that was done.

Al-Ghalai stressed that "all lost cards have been disabled and canceled, and will no longer work at all, and only the official owner of the card can vote because of the intersection of the fingerprint in the electronic verification device that relies on official and vital data (the personal photo and the ten fingerprint)."

Governor Al-Zamili lays down the wounds of the fall of Mosul: Al-Maliki was not convinced, and the penalties amounted to death

[size=30]Governor Al-Zamili lays down the wounds of the fall of Mosul: Al-Maliki was not convinced, and the penalties amounted to death[/size] 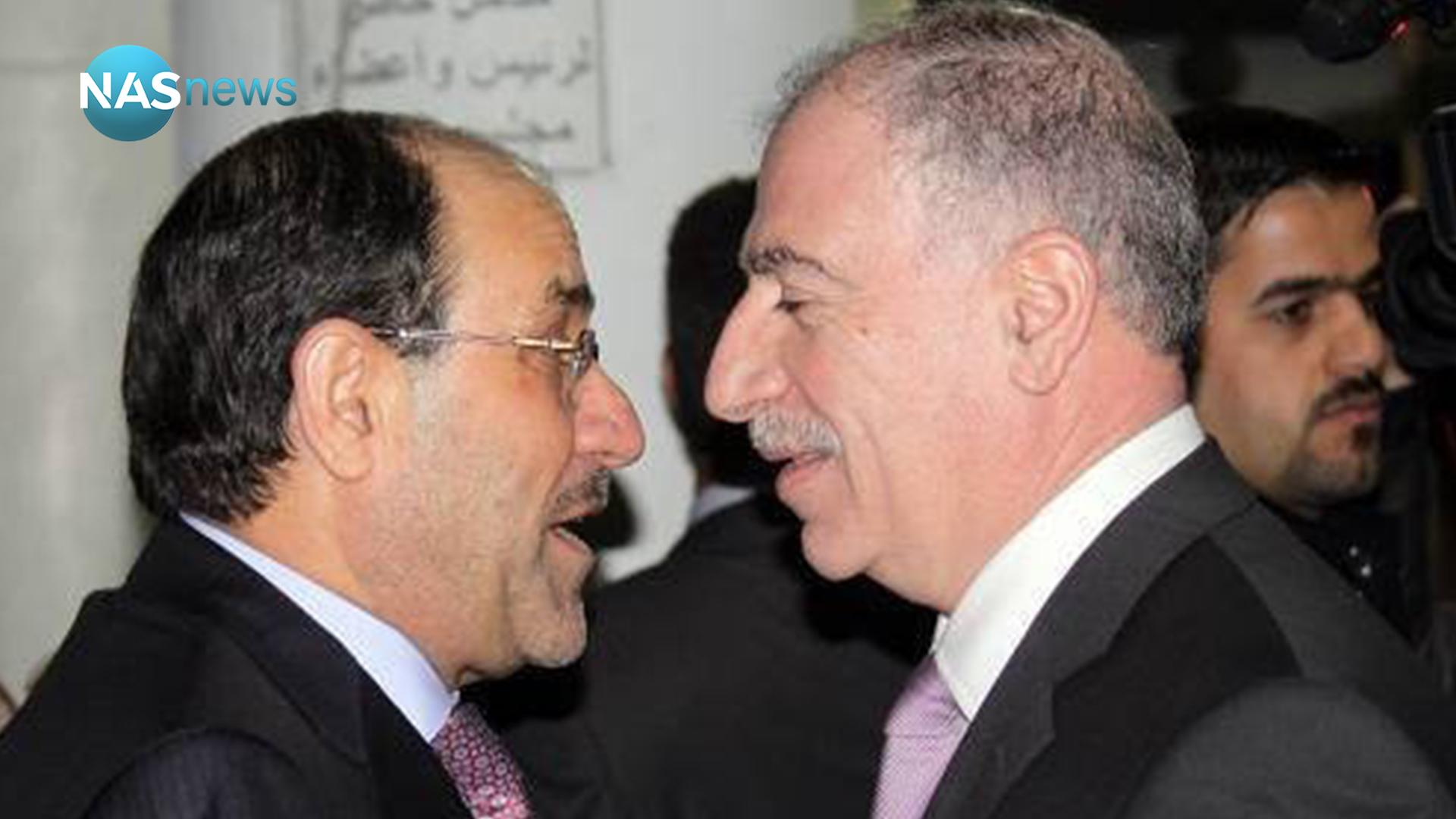 Governor Al-Zamili recalled the file of the fall of Mosul, on Tuesday, stressing that the results of the investigation in the case will not be subject to the statute of limitations, after Iraq suffered losses estimated at more than a hundred billion dollars, and while he referred to the condemnation of the investigation committee into the fall of Mosul 36 prominent personalities, including former Prime Minister Nuri al-Maliki He confirmed that some of those convicted will receive death sentences.
Al-Zamili said, while hosting the "Chairs Game" program presented by colleague "Hisham Ali" and followed by "People" (November 17, 2020), that "the committee in charge of investigating the fall of Mosul completed its papers and transferred the file to the executive government during the time of Haidar's government. Al-Abadi, and a copy of it to the Supreme Judicial Council, "indicating that" the executive authorities were supposed to decide on this matter. "
Al-Zamili was surprised by the "neglect of the investigation file into the fall of Mosul," revealing that "Iraq lost 100 billion dollars as a result of ISIS entering in addition to weapons and weapons for three military divisions, where ISIS took part of them, and another part was transferred to the Kurdistan region."
Al-Zamili confirmed that "the commission of inquiry into the fall of Mosul took statements from all concerned parties, including former Prime Minister Nuri al-Maliki, former Parliament Speaker Osama al-Nujaifi, and former Kurdistan Region President Masoud Barzani," explaining that "the committee directed questions to former Prime Minister Nuri al-Maliki, and he answered On them, but his answer was not convincing to the committee. "
He pointed out that "among the questions that were directed to al-Maliki is about his role in the period of the entry of ISIS, and the wrong choice to distribute the units," indicating that "Al-Maliki responded to all the questions and stated that the deployment of the military units was correct."
And he indicated that "the committee condemned 36 people, including the Turkish consul, former prime minister Nuri al-Maliki, the former governor of Nineveh, Ethel al-Nujaifi, and a number of military commanders, including Aboud Qanbar, Ali Ghaidan, Mahdi al-Gharawi and former chief of staff Babakir Zebari, in addition to condemning international bodies, including Turkey." And its consul in Mosul, "pointing out that" the committee did not condemn the former president of the Kurdistan region, Massoud Barzani, nor the former speaker of parliament, Osama al-Nujaifi. "
Al-Zamili added that "external parties, including senior leaders, contacted us in the investigation committee of the fall of Mosul, and requested that some names be removed from the investigation file." Between death and life. "

Similar topics
» Advisor to the Governor of Anbar Governorate Police salaries are distributed next week
» Advisor to the President of the Republic: The Law on Recovering Stolen Funds and Its Proceeds monitors assets that exceed 500 thousand dollars
» Social Welfare: The total holiday is 103 billion dinars, which will be distributed to 1.3 million families
» Daash collect $ 50 million from the sale of oil stolen from Hamrin fields
» Advisor to the Prime Minister: Creating new electronic payment cards that will enhance the advancement of services provided to citizens