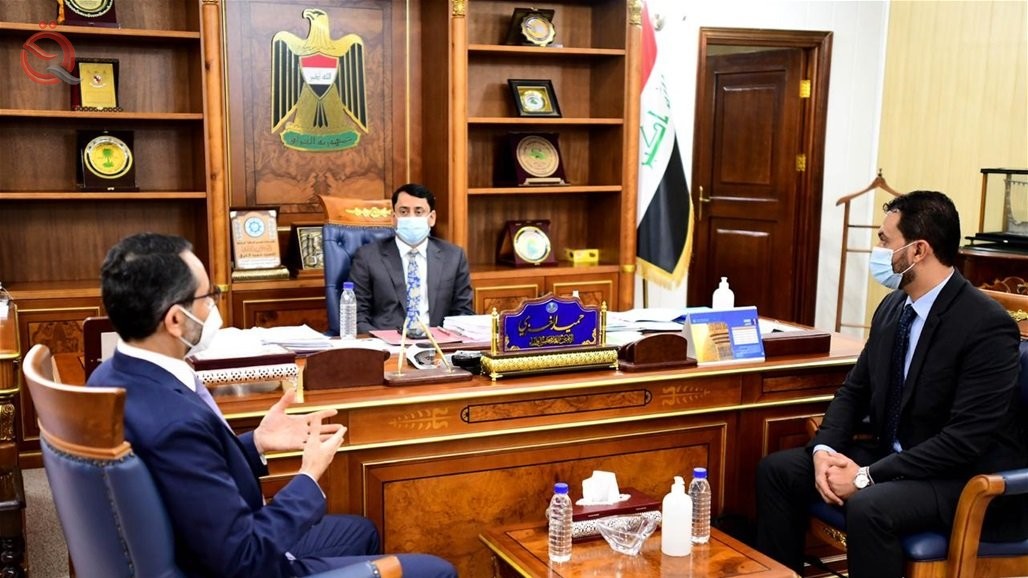 The Secretary-General of the Council of Ministers, Hamid Al-Ghazi, discussed, on Sunday, with a delegation from the "Siemens" company, steps to improve the electrical network in Iraq.
Al-Ghazi’s office said in a statement received by Al-Sumaria News, “The Secretary-General of the Council of Ministers, Hamid Naeem Al-Ghazi, discussed with the delegation of the German company Siemens, steps to improve and develop the electrical network, through the projects implemented by the company in a number of provinces, and the permanence of the contracts signed with the Iraqi government, In addition to the stages of completion for the construction of the gas station in Wasit Governorate, with a production capacity of (1300) MW, and the need to complete it before the coming summer season.
Al-Ghazzi stressed the need for the company to focus on developing a technical study for the transmission and distribution of electric energy, as it is the main problem for the electricity sector in Iraq, in addition to equipping the Ministry of Electricity with smart meters, according to modern technical specifications, and distributing the company's effort to establish stations, according to the population census in The western, southern and northern regions, in order to cover the actual needs of Iraq and move towards self-sufficiency.

The company representatives confirmed, according to the statement, Siemens’s determination to “work seriously and intensify efforts, in order to implement the contracts, according to the timelines specified in the terms of the contract, to terminate the electricity file in Iraq, and to proceed with the preparation of the technical study on the modernization and development of the electrical network, with regard to the transfer And electrical power distribution. "