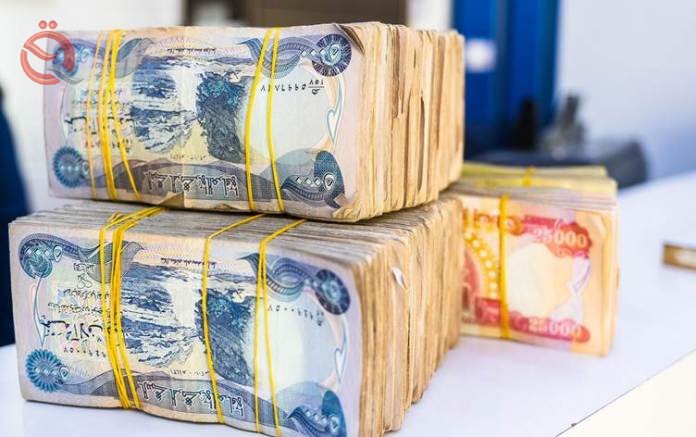 On Friday, Representative Alia Nassif revealed the conditions for availability of salaries for employees for the next year, while indicating that the salaries will be discussed in the 2021 budget.

Nassif said in press statements, "The deficit financing law voted by the House of Representatives will secure salaries for the end of this year, and in the 2021 budget that will be presented next month, a market will discuss the issue of salaries next year."
On the availability of employees ’salaries, Nassif explained,“ Certainly, the government must have reform measures at border crossings, taxes and customs, reduce expenditures, tighten the belt, and implement the reform paper in a reform rather than informative manner. ”
For his part, economist Ali Agwan considered that the borrowing law will solve the problem of salaries for the next sixty days only and will not solve the economy problem for an Iraqi who breathes his last breath.
Agwan asked: “What about the upcoming budget for 2021? How will the salaries of employees be financed in the coming year ?? The amount of ignorance practiced by some political forces is frightening. They market the passage of the borrowing law as a great victory that was achieved and boast that the parliament session continued until six in the morning.
And he considered, "What the political forces did is to postpone the crisis for sixty days only with a catastrophic, patchwork solution that will basically drown out the rentier economy. Borrowing is a pre-bankruptcy indicator, you pretenders, the solution is not borrowing, the solution is by making structural changes to the identity of the economy, you corrupt losers."

Similar topics
» Representative economics: The government's reliance on the borrowing law regarding salaries is surprising
» Parliamentary Finance determines the fate of the deficit and hints at a surplus in the 2021 budget
» Representative Finance: The borrowing to secure salaries will be internal
» Parliamentary Finance
» The Finance Committee reveals the fate of the salaries for the remaining months of the current year